How To Live Stream UFC On ESPN 7: “Overeem Vs Rozenstruik”

UFC visits Washington D.C. for the first time since October 2011 with its UFC on ESPN 7 event, which takes place tonight (Saturday, December 7, 2019) from inside Capital One Arena. The early prelims will go live on ESPN+, while the preliminary and main card will be aired on ESPN.

The event is headlined by an intriguing heavyweight clash between two devastating knockout artists – the former K-1 star Alistair Overeem and the most powerful puncher from Surinam, Jairzinho Rozenstruik. Both of these guys scored dominant first-round knockout victories in their last two bouts, so their fight could end very early.

The co-main event of the evening brings the bout between promising Brazilian prospect Marina Rodriguez and controversial Cynthia Calvillo, who weighed 120.5 pounds for strawweight combat. It’s her third weigh-in miss in the last 4 matches. This is the clash between No. 9 and No. 10 in the UFC 115-pound division.

Check out below UFC On ESPN 7 fight card and results: 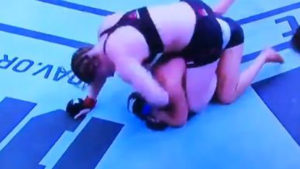 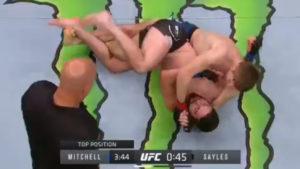 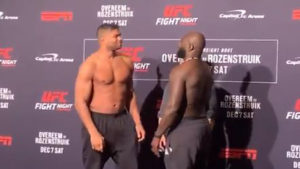 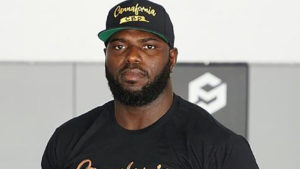 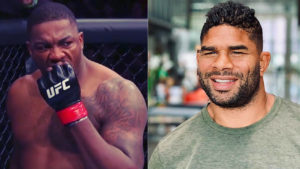 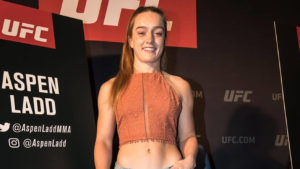