What To Expect at Each Jiu-Jitsu Belt Level

The Challenges & Expectations From White To Black Belt In BJJ

In Brazilian Jiu-Jitsu, the journey from white to black belt is a long one, typically taking at least a decade to achieve. Belt color isn’t just a symbol of your progress in BJJ, though — it’s also an indicator of the expectations and responsibilities that jiu-jitsu students take on after they get promoted.

As much as jiu-jitsu students strive for their black belt, the path that BJJ practitioners take really is about the journey rather than the destination. Here’s what to expect at each step along the way: 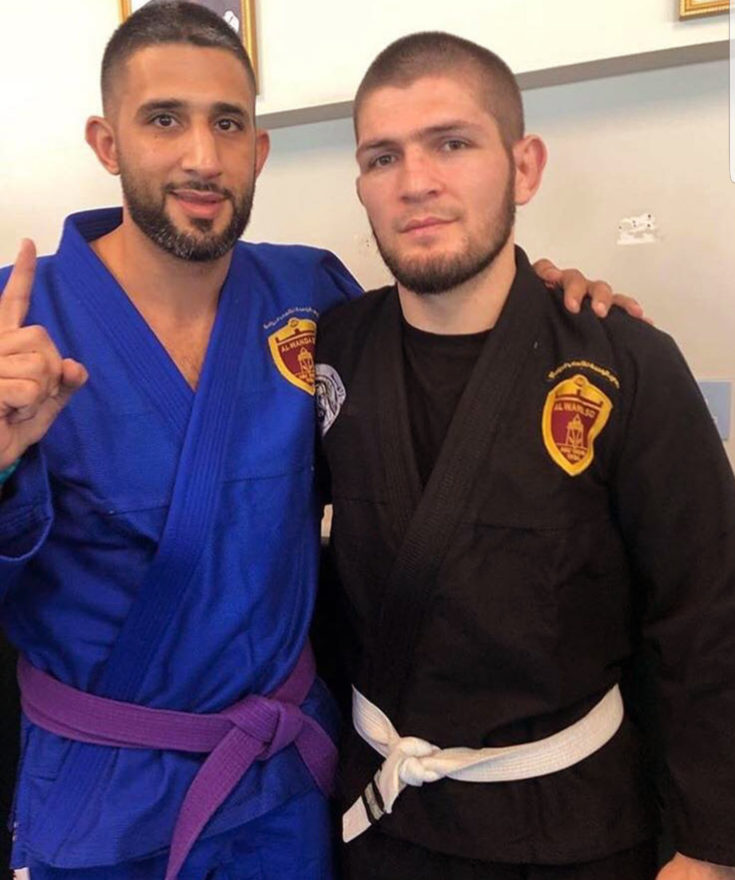 For kids and adults alike, the white belt is the first one you’ll wear when you begin training jiu-jitsu. Generally, your instructors and teammates will expect you to show up, listen well, and be a good training partner, at the minimum. Chances are, very little (if anything at all) will make sense to you, and most of your training partners will know a lot more than you.

As you look ahead to earning your blue belt, your focus should be on consistency and defense. Make a habit out of coming to class; it’s better to come twice a week every week than to show up seven days a week and then need the entire following week off so you can recover. Familiarize yourself with positions and submissions that lead to you tapping out, and ask plenty of questions. Your offense will build with time, but as a white belt, you need to be able to protect yourself if you want to stay healthy enough to train into your blue belt and beyond. 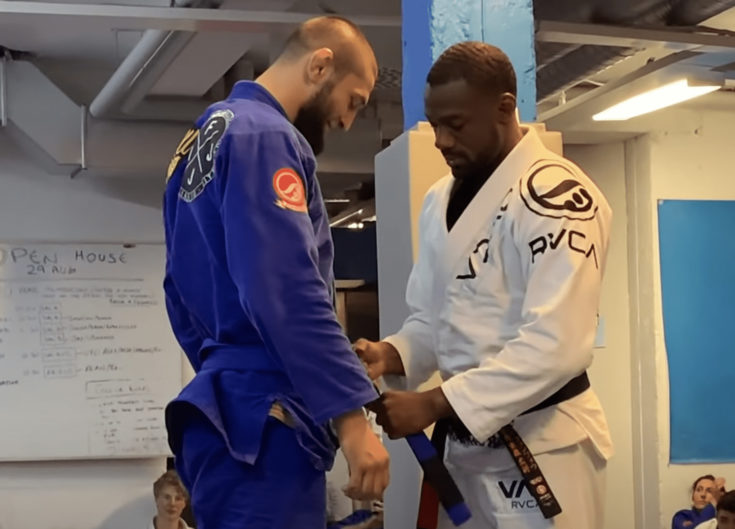 By the time you earn your blue belt, you’ve experienced the most dramatic shift you’ll feel in the development of your jiu-jitsu skills, going from knowing absolutely nothing to being able to handle yourself relatively well on the mats. You won’t be expected to tap out everyone (and yes, it’s totally fine if the white belts still give you trouble), but in addition to your goals as a white belt, your coach will want to see you focusing on offense and helping less experienced students.

If you’ve been promoted to blue belt, your instructor has seen significant progress from you. Perhaps you were doing well at tournaments as a white belt, or maybe you’ve been stepping up to assist other teammates. Many students, however, find this to be the most challenging belt due to the great experience disparities that exist between blue belt practitioners. If you roll with another white belt, you can be relatively sure that the other person has only been training for about two years, maximum. When you roll with a blue belt, though, you might be going against someone who’s just been promoted after a year of training, or you might be struggling against someone who’s been training for six years and is on the cusp of getting their purple belt.

As with your white belt, consistency is key to progress as a blue belt. This is the time to build on the fundamentals while also challenging yourself, such as by competing more or just trying to land more submissions in class. 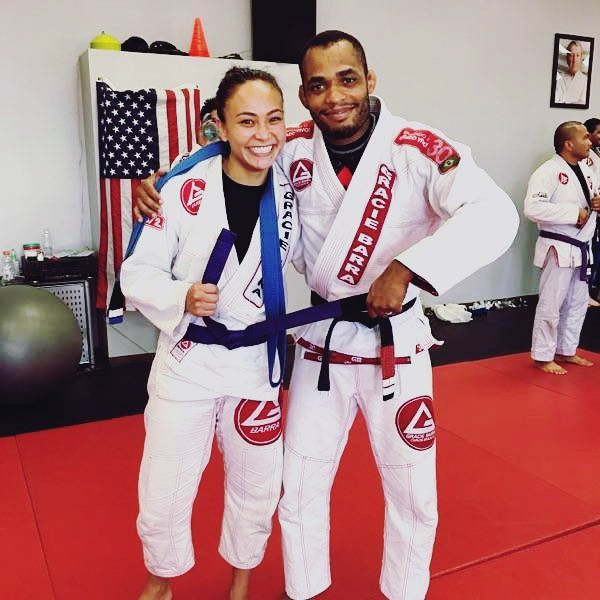 Purple belt is the adolescence of jiu-jitsu: the perfect time to try new things and figure out how you want to shape your BJJ. With your offense and defense presumably well-built by this time, your coach will be trying to help you develop your own style and close the gaps in your game. By this point, you should be a challenging roll for most people on the mats, though you shouldn’t be too hard on yourself if you still get submitted by lower belts on occasion. The techniques you’ve learned over the years will start to meld into a strategy, and you’ll be able to anticipate your opponents’ moves before they happen.

At this point in their journey, many jiu-jitsu practitioners are also in the process of determining what they want from jiu-jitsu. By now, you’ve likely decided if you want to set your sights on elite-level competition, a future in coaching, or just training as a hobbyist. Your instructor may also want to see you getting involved with the community more, such as by refereeing or assisting in coaching certain classes at the gym.

Related: How To Improve Your Jiu-Jitsu Guard Game. 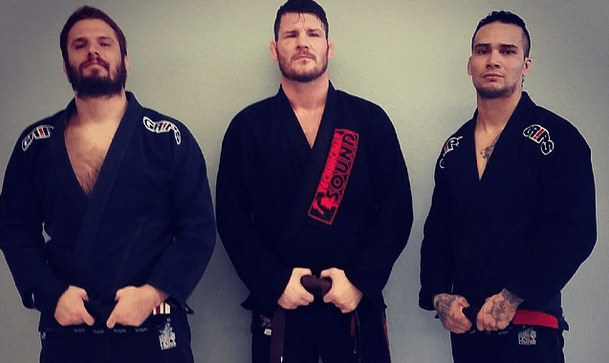 As the last rank before you earn your black belt, the BJJ brown belt is all about refinement and building a well-rounded game. Whether or not you’ve chosen to pursue a coaching path, you are likely a respected role model in the gym and should be practiced in conducting yourself as such. Though it will be harder to find truly difficult rolls as you get more advanced, you’ll be expected to know how to challenge yourself to get the most out of your training time.

This is the time to talk to your coach and ask what they want to see from you before you’re given your black belt. This varies from instructor to instructor — some will want to see you succeeding in competition, while others will simply want to see you being more involved in the wider BJJ community. With your individual style and goals now established, you should be focusing on how to be the black belt that you and your coach want you to be.

Related: BJJ Fundamentals: How To Do A Triangle Choke? 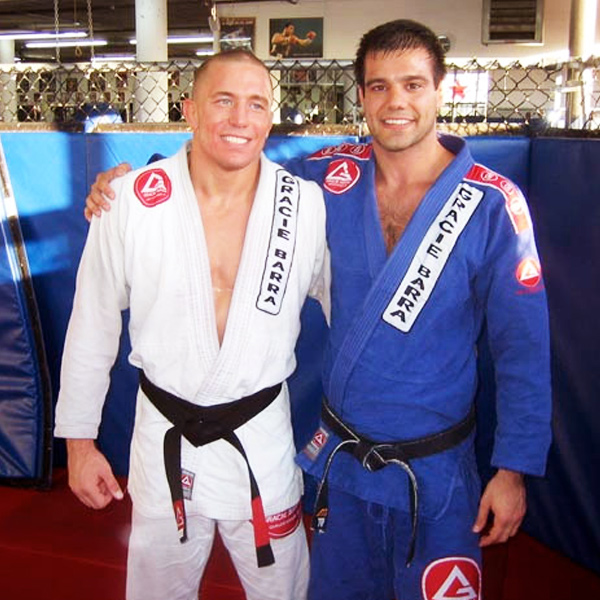 From here on out, ranking up isn’t about technique or skill, but about time spent training. With the so-called “belt chase” now over, many black belts feel that they are most free to experiment and continue their BJJ education without being hampered by thoughts of what they need to do to be promoted again.

Even black belts, however, aren’t perfect, and most make significant progress after they get promoted. Being a black belt includes developing the mentality that this promotion isn’t the end of your BJJ journey — it’s the continuation of it. It’s a marker of how far you’ve come, not a finish line for how far you’ll go.

Related: The Black Belt Myth: How Long Does It Take to Get a Black Belt?

Climbing the ladder toward a BJJ black belt is tough, and whether you’re a brand new white belt or a long-time black belt, each class you attend is crucial to progressing in your jiu-jitsu journey. Each rank comes with its own set of perks, challenges, and expectations, and though black belt may be the ultimate goal, you should also take some time to appreciate where you are now and how far you’ve come.