The Black Belt Myth: How Long Does It Take to Get a Black Belt?

It’s always a special moment seeing someone earning a black belt in martial arts. This can wakeup various positive feelings and even tears in most cases. This is because martial arts are a unique type of physical activity. For many, being a martial artist is a lifelong mission and purpose in life.

To master any style, you’ll have to commit yourself, sacrifice many things and go through the rollercoaster ride of emotions. We don’t have to mention the injuries and mental barriers the one must overcome to succeed. Dedicating your body and soul into something you love and believe is always fascinating. Also, getting rewarded for it is as special as it gets. Thus, for many, receiving a black belt means a lot more than winning a competition or championship. This is because the black belt isn’t just a piece of clothing. It speaks about the journey of a martial artist, his growth into a person with good manners and exceptional fighting capabilities. That said, many people are interested to know, how long does it take to achieve this status? Or in other words, which martial art black belt takes the longest time to achieve?

We have decided to bring you the best ones that include the official belt ranking system. Also, it’s worth mentioning that this isn’t the analysis of which one is the best or the hardest. At the end of the day, the time in which an athlete can receive a black belt is a relative and individual thing. Also, the duration differs among various martial arts. Firstly, let’s take a look at the brief history of the belts ranking system.

During the 19th century, Japanese people trained in traditional martial arts called koryu bujutsu. These martial arts have influenced the birth of modern ones like karate and judo. Further, Koryu martial arts included the menkyo grading system based on licenses. The same as for the present belt ranks, the system awards the practitioners’ ability to perfectly execute the technique. The final license the one can achieve was Menkyo Kaiden.

Kito-ryu was the main martial arts that utilized the menkyo grading system. But, Kano Jigoro would use kito-ryu to develop Judo and a new belt ranking system twenty years later in 1886. In the beginnings, Judo used just two types of belts to differ ranked from the unranked practitioners:

In the following years, Judo became incredibly popular all over the world. With more people coming into judo gyms, Mikonosuke Kawaishi introduced more color belts into the ranking system as a way to motivate new students. Soon after, other martial arts like karate began adopting the famous kyu/dan ranking system.

First thing first, nothing in life comes overnight, so neither a black belt in martial arts. Although the time differs between the arts, they all require years of training. According to one study, the average time for the one to get a black belt is ten years. Yet, some martial arts require four years of training while receiving the black belt in others may take up to twenty years. However, we’ve to mention that this study also includes martial arts that are not a part of the official belt ranking system like Wing Chun or Kobudo.

Further, many people believe that the time differs between the countries, or let’s say east and the west. The Japanese martial artist tends to receive their black belts much faster. The reason lays in the fact that the standard requirements on the west are much higher. A black belt in the west is considered a master and receiving one is an exclusive privilege. On the other hand, eastern dojos look at the black belts as a starting point.

Finally, it also depends on the quality of the school, their methodology and subjective feelings and opinions of the instructors.

Developed between the 1940s and 1950s, Taekwondo is a Korean martial art and one of the most effective fighting styles. It’s always fascinating watching the experts executing various jumping, spinning, and head kicks. Also, Taekwondo has been one of the most popular styles and the part of the Olympic Games since the 2000s.

Before uniting in 1959, Taekwondo schools (kwans) were not standardized and each kwan had their own style. Thus, modern Taekwondo has many styles, and its ranks vary between different associations. They are typically separated in “junior” and “senior” groups.

Senior ranks (black belt) – include nine ranks known as dan or degree. This can be confusing at times since some people don’t know that “third dan” and “third-degree black belt” has the same meaning.

In Taekwondo, a gifted and eager student can receive the 1st – degree black belt after 3 to 5 years of training. To advance to the next ranks, a student must show proficiency in the practical execution and control of the technique. Depending on the rank, students must perform various aspects of Taekwondo. We must point out that promotional tests are varying between the different schools of taekwondo, but they mostly include the practical execution of the technique.

Brazilian Jiu-Jitsu is arguably the most effective self-defensive martial art on the planet earth. Although it has over 100 years of history, most of us know BJJ as the main part of modern mixed martial arts (MMA). Founded in the 1920s on the Judo base, BJJ includes the elements of grappling and ground fighting as a way to defeat the opponent. The main goal of the art is to allow a person to put a strong resistance against the more powerful opponent. That said, how and in what time a man can master BJJ and receive a black belt? 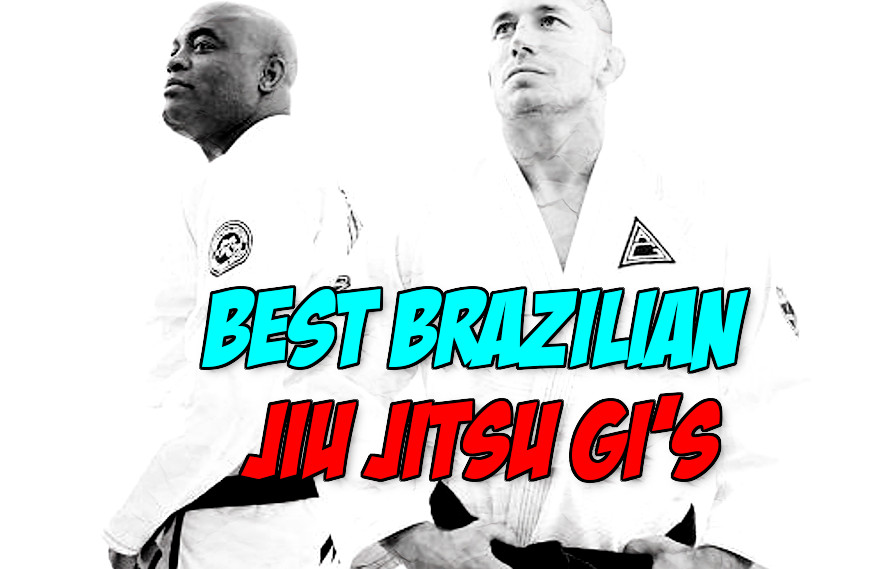 BJJ ranking system structure is literally the same as the Judo ranking system. The system awards the practitioners a color belt for their practical skills and progress. Out of all martial arts that include the official belt ranking system, BJJ is perhaps the hardest to achieve. What’s more, it takes the longest time as well.

The progress through the belt ranking system goes much slower in BJJ compared to the other arts. This is because the rise through the ranks doesn’t depend just on the skills and the ability to execute the moves. It varies from the subjective feeling and opinion of the instructor, and the student himself. Based on these factors, it takes up to 10 years of consistent training for the one to put a black belt around the waist. What’s more, you must spend 2 to 5 years on the mats just to earn a blue belt!

According to the Ryron Gracie, the average timeframe of 10-12 years is a long period. He suggests that the advancement to a black belt should take seven years.

Jigoro Kano created Judo in 1882 as a physical, mental and moral pedagogy. Since its foundation, Judo has been one of the best and most effective blends of grappling and ground fighting. Also, Judo has been an Olympic sport since 1964 (men) and 1992 (women).

Judokas use various throws and takedowns to advance the bout on the mat. Once there, they can finish the opponent by applying various joint locks and chokes. We have to point out that Judo influenced the birth of other martial arts like BJJ and Sambo.

Interestingly, Jigoro Kano is the creator of the kyu-dan belt ranking system as well. A person starts the judo career in the color belts system called kyu. The pupils are starting from the white belt. Students receive various color belts as they are moving on through the kyu ranks. When achieving the necessary level of skill set, a person will receive a dan grade or Kuro Obi (black belt). There are 10 dan grades in Judo. So, receiving the first dan black belt represents a beginning in the development of serious Judoka.

Judo is very hard and Judokas are largely known as the strongest man on the planet. But, progressing through the ranks is relatively fast. If you fully commit yourself to train multiple times a week, you can expect to receive a black belt in three to six years. As for the rest, this depends on the level of skills, talent, and dedication. For some people, it can take up to 10 years of training.

Initially developed in the Ryukyu Kingdom, this Japanese martial art is possibly the most practiced art around the world. Karate has various forms and styles. But, it is mainly a striking art that includes various standup techniques such as kicks, punches, knees, and elbows. Also, some other forms include open hand techniques like spear hands, palm-heel strikes, and knife-hands.

In 1924, Karate began using the Judo Kyu/Dan ranking system developed by the Judo founder, Jigoro Kano. The pupils start with a higher number like 10th Kyu and slowly advance towards the lower numbers. Also, every kyu grade has different color belts which the practician gets after he passes the test. The Dan grade begins from the 1st Dan (Shodan) to the highest Dan grades. So, once a student feels ready and confident, he/she will attend the promotional test. During the test, a student must perform the techniques in front of the panel of examiners. The rank requirements may vary depending on the style and organization of Karate. For most, Kyu grades stress stance, balance, and coordination. At more advanced levels, the examiners stress speed and power as well.

Aikido is a Japanese self-defensive martial art developed by Morihei Ueshiba. It is a mixture of martial studies, philosophy, and religious beliefs. Further, Aikido is a bit different from the other self-defensive systems. While defending yourself, you need to avoid injuring the attacker as well. During the sparring sessions, students use many movements to redirect the attacker’s momentum. Also, they are executing various throws and can apply joint locks.

Aikido promotes its students through the Judo Kyu/Dan ranking system. Yet, the testing requirements are different between organizations. Skills aside, a person must behave a proper way and have the right mindset to receive a promotion. What’s more, you have to convince your instructor that you will represent the school in a good manner. Also, some schools are not allowing students below 16 years to receive a dan rank.

That said, the time span in which a person can achieve a black belt in aikido depends on the individual. If you possess belts in other arts, you can expect to achieve the same status in Aikido in two years. But regular practitioners need up to five years before receiving a black belt.

Deciding to step on the mats and get to take part in one of the many martial arts is perhaps the best decision you can make.  Also, advancing through the belt ranking system will give you the necessary motivation and to feel proud of yourself. The truth is, the only way to earn a black belt in the shortest time possible is to focus on learning. As we said above, the biggest factor is dedication and commitment. Every martial art is hard, and becoming a black belt is a very special achievement. Thus, going from a white to a black belt is a journey and make sure you enjoy one!