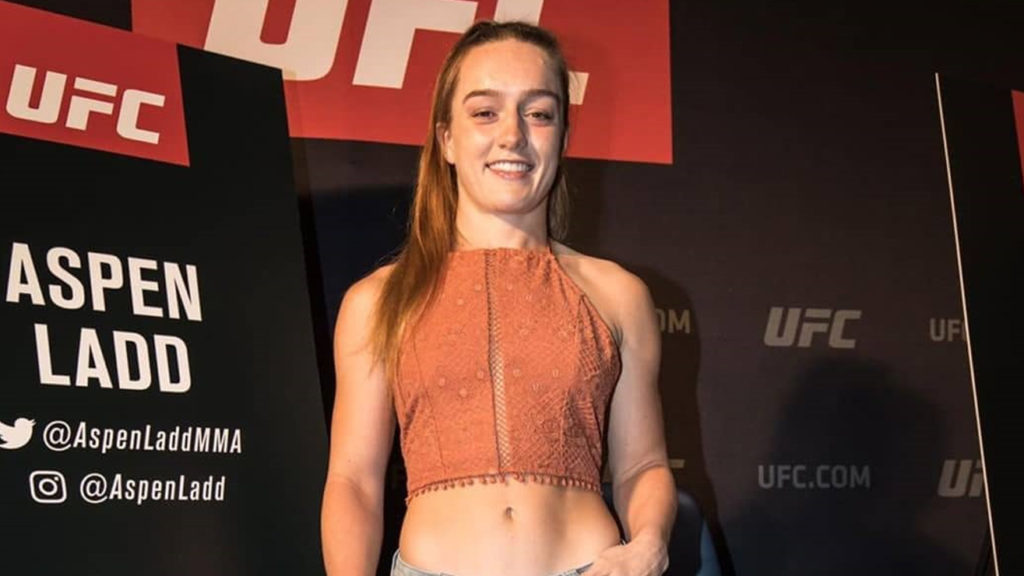 Due to a frighting weight cut, the SCAC has suspended Aspen Ladd

Fans and media witnessed Aspen Ladd’s frightening weigh-in for her fight at UFC Sacramento. The bantamweight trembled and winced in pain, shakily making her way to the scale with the assistance of her team.

The California State Athletic Commission witnessed the horrific scene and decided to suspend Ladd of her Bantamweight license. To have her license restored, Ladd reportedly will have to obey a commission recommended nutrition plan. Ladd will also be observed by appointed physicians leading up to the fight against Yana Kunitskaya.

The suspension doesn’t mean the fight with Yana is off.

CSAC executive director Andy Foster said that it is certainly achievable for Ladd to be cleared of her suspension in time for the fight.

Foster had a recent interview with MMAJunkie. During, he declared:

“CSAC will remove the note if (Aspen) provides extensive medical documentation from a licensed physician certifying the weight class is appropriate and verified by CSAC physicians.”

The weight cut for Ladd at UFC Sacramento was the most noticeable for all to witness. However, it’s not her first battle with the process.

Ladd was listed to make her first UFC appearance against Jessica Eye on July 7, 2017, at The Ultimate Fighter 25 Finale. The day of the event, Ladd became unwell and the bout was canceled. Nearly a year later, Aspen was listed to challenge Leslie Smith on April 21, 2018, at UFC Fight Night 128. During weigh-ins, Ladd measured in at 137.8 lbs, however, that weight is 1.8 lbs over the bantamweight non-title fight limit of 136 lbs.

Fans all over have noticed Ladd’s body language on weigh-in days:

Aspen Ladd with a horrific looking weight cut. If having a severely dehydrated brain reduces your ability to take a punch then GDR would be one of the last fighters you'd want opposite you.

Ladd experienced the first loss of her professional MMA career against Germaine de Randamie in the main event at Sacramento. The fight ended by knockout after 16 seconds. Followers of the sport speculate that the weight cut was the primary reason for that result.

Because of her troubles, Ladd will have to either make a lifestyle change or consider moving up in weight. What do you think of Aspen Ladd’s suspension? Do you think she should move up in weight? Let us know, here on MiddleEasy.