The best fat burner to burn more calories while resting.

There are a lot of fat burners on the market. In fact, the choice is pretty overwhelming. As with any product category, however, a handful emerge as the market leaders. Transparent Labs Fat Burner numbers itself among them. In fact, this is one of the most popular fat burners to emerge in some time. In this article, we dig deep to discover whether this fat burner deserves its reputation as a clean, effective fat burner. At the end of it you will know once and for all whether transparent Labs Fat Burner deserves your business.

Today, we’re going to find out with an in-depth review of Transparent Labs BULK Pre-workout. 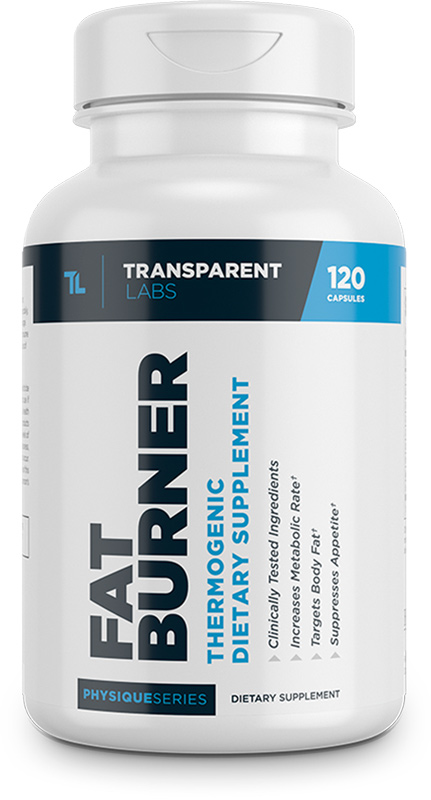 Why You Should Purchase Transparent Labs Fat Burner

Transparent Labs Fat Burner is the flagship fat burner from Transparent Labs. This company has established a point of difference by stressing their total transparency in terms of their ingredient profile and dosages. This is in contrast to many supplement companies, who underdose their ingredients and then hide them behind a proprietary blend. In addition to detailing all of the ingredient dosages on the product label, the official website also provides you with copies of certificates of authentication and analysis from 3rd party testers.

Transparent Labs Fat Burner comes in both a stim and non stim version. The difference between them is that the stim version makes use of such powerful thermogenic fat burners as Caffeine Anhydrous, Synephrine and Salicin. The stim free version of the fat burner does not contain any of these stimulants, replacing them with N-Acetyl-L-Carnitine, Fucoxanthin, and Vitamin B12.

In this review we are focusing on the Stim version of Transparent Labs Physique Series Fat Burner. This product is designed to achieve fat loss through three methods:

According to the official Transparent Labs Fat Burner website, this product will also increase energy output. It achieves all of these objectives by means of 9 key ingredients. Let’s drill down on them. 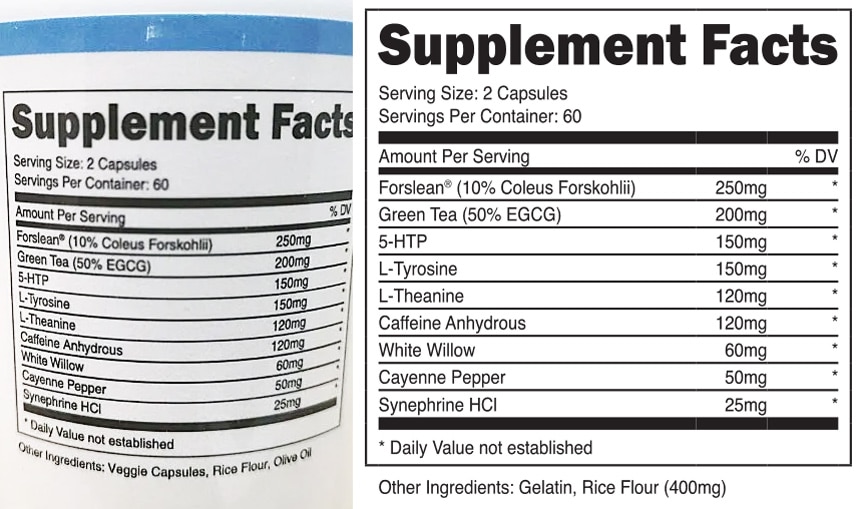 Forslean is a fat loss blend that is built around forskolin. This compound is derived from a tropical plant that comes from Asia and South America. Among its many benefits, forskolin has been shown to help with weight loss. As well as its effect on fat metabolism, it helps to remove toxins and excess cortisol which are responsible for weight gain and inflammation. There is also some evidence that forskolin is able to promote testosterone release. This makes it beneficial in helping to prevent muscle loss as you are trying to get lean.

Green Tea is an amazingly beneficial beverage. It has been shown to promote weight loss through a number of mechanisms. It contains caffeine, which helps to boost the metabolism and provides energy for exercise performance. Green tea extract contains a number of powerful antioxidants. A star among them is epigallocatechin gallate (EGCG). This compound has a marked ability to boost the metabolism.

This ingredient is the main appetite suppressant in Transparent Labs Fat Burner. 5-HTP is a serotonin precursor. Serotonin helps you to feel full and satisfied after a meal. That means that you will experience far fewer temptations to eat between meals, helping to keep your calorie count down.

Tyrosine is an amino acid that is naturally produced by the human body. It makes a number of other compounds in the body, including dopamine, adrenaline, noradrenaline, thyroid hormones and melanin. Some of these hormones improve mood and reduce stress. It is used here as a nootropic to help with the emotional and psychological aspects of fat loss.

Theanine is another amino acid that has powerful nootropic and weight loss benefits. It has plenty of research supporting its ability to improve focus, enhance energy production and speed up the metabolism. This compound is also able to help you get a good night’s sleep, which is another key to natural, safe and effective weight loss.

Caffeine is the world’s most popular stimulant and a key ingredient in most fat burner supplements. As well as increasing focus, and producing an energy surge it also produces a thermogenic effect. How well it does this all comes down to the dose. Supplement manufacturers have the challenge of adding enough of it to produce an appreciable thermogenic effect without it being too much and causing people to have jittery reactions and a post high energy crash.

You get 240 grams of caffeine anhydrous in this fat burner. That is about the same as two cups of coffee. I think that’s pretty close to the sweet spot between not enough and too much, though they could have gone up to 275 or even 300 grams, keeping in mind that they also offer a stim free version of this fat burner for those who can’t handle that quantity.

Also known as white willow, Salicin is commonly referred to as ‘nature’s aspirin.’ It is a natural stress reducer and is included here to help ameliorate the stresses involved in dieting and exercise.

Cayenne pepper extract is another thermogenic ingredient that heats up the body’s internal temperature. The body then uses up extra calories to return back to a state of homeostasis. Research suggests that cayenne pepper dosed at 100 mg (which is the exact amount in this product) can increase caloric burn by about 150 calories.

Synephrine is more commonly known as bitter orange extract. It has been shown to speed up the metabolism and enhance energy levels. When combined with salicin, the effects of this compound are enhanced.

Considering the strong ingredient profile of Transparent Labs Fat Burner, combined with a sensible and clinically aligned doses, I would expect this fat burner to effectively do the business. The thermogenic ingredients – caffeine anhydrous, cayenne pepper extract and green tea extract – work synergistically to speed up your metabolism and boost energy levels. All three of these are dosed well, though caffeine anhydrous could be up to 50 mg higher.

Transparent Labs Fat Burner works in the real world. There are A LOT of verified buyer reports online in which users have shared their positive experiences with this fat burner. Here are 3 examples, taken from the official Transparent Lab Fat Burner website . . .

The Physique Series Fat Burner is an amazing product. I’ve only been using it for a week or two but I have noticed that I’ve already lost weight and am a little leaner.

My energy level has also increased. Great product, I highly recommend it!

This supplement gives you energy without the jitters and helps with curbing appetite. Very happy with this and the Stim-free version.

Great product, no jitters. Just a clean climb up and an even glide down

Transparent Labs Fat Burner is designed to be taken by people who are already actively pursuing weight loss by monitoring their dietary intake. They should be maintaining a daily caloric deficit to promote the use of stored body fat for energy. In addition, users of this fat burner should be following a regular exercise program. With these measures in place, Transparent Labs Fat Burner will provide a significant fat loss boost. 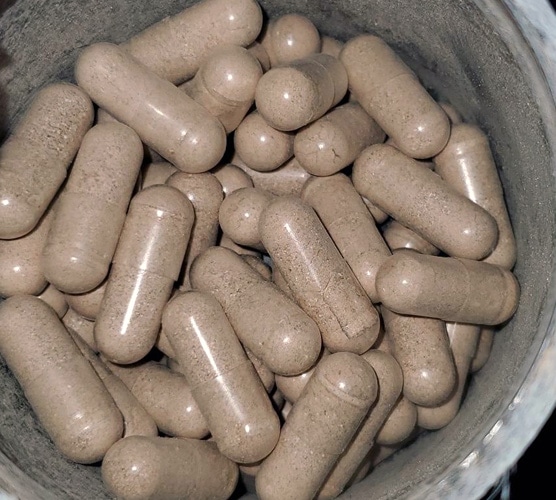 Transparent Labs Physique Series Fat Burner has an excellent profile. The thermogenic blend includes some of the most highly regarded ingredients that exist. They could have also included garcinia cambogia and yohimbine for an even more potent mix. Doses are on target. The only proviso I would give is that the caffeine anhydrous amount could have been upped by 50-75 mg, keeping in mind that they also offer a stim free version for people who cannot handle caffeine at around the 300 mg mark.

A one month container (60 capsules) of Transparent Labs Physique Series Fat Burner will cost you $49. That comes to about $1.60 per day.

The more bottles you buy, the less it costs per bottle.

Transparent Labs Fat Burner comes in tablet form. Simply take one capsule twice daily, between meals. On the official website, it is recommended that you start with one capsule daily and then increase to two capsules each day after two weeks. This will allow you to assess your tolerance to the caffeine content of the product.

Transparent Labs Physique Series Fat Burner is an impressive product. If you were to create the ideal fat burner to create a thermogenic and a hunger busting effect, you would more than likely choose all of the ingredients that you get with this product. Doses are in line with the research and the price is pretty much middle of the road as far the market is concerned. When you combine these elements, you get a pretty attractive fat burner. The fact that Transparent Labs Fat Burner is available as both a stim and a non stim variant is another big plus for the brand.

I don’t have much bad to say about Transparent Labs Fat Burner. It is  only available from the official website and the caffeine count could be a little higher. Apart from that it’s all good.

As Transparent Labs Fat Burner contains only natural ingredients, with no additives or fillers, it is almost completely side effect free. The only proviso is regarding the caffeine content. People who are sensitive to this ingredient may have stomach upset or experience jitteriness.

Having reached this part of the review, you can probably guess what I’m about to say; Performance Labs Physique series Fat Burner is the real deal. It provides you with the right ingredients in the right doses to promote fat loss through thermogenesis, appetite suppressant and fat oxidation. The thermogenic blend, which combines green tea extract, caffeine anhydrous, cayenne pepper and synephrine hcl, is very strong. On top of that 5-HTP provides a potent appetite suppressant effect. Throw in the nootropic ingredients – L-Tyrosine, L-theanine and Salicin – and you’ve got a quality fat burner.

If you are doing the other things you need to do to lose weight – exercising, eating well and maintaining a daily caloric deficit – then Transparent Labs Fat Burner will help you get to your fat loss goals faster. 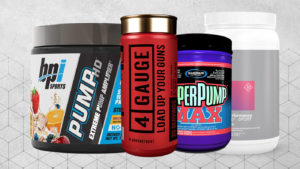 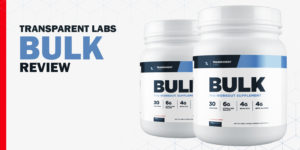 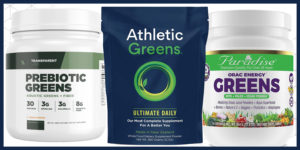 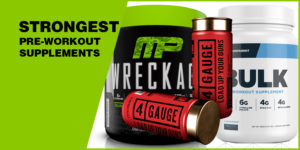 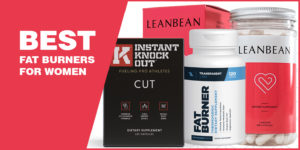 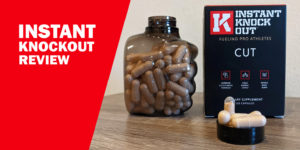