I can’t be the only person bitter that it’s 2013 and we still haven’t received our hooverboards and flying cars that Back to the Future II promised us over two decades ago? Is it too much to ask for a pink Mattel board that will allow me to traverse my city while being chased by

Despite some people evangelicalising the safety of MMA compared to boxing, MMA is still a dangerous sport where athletes tuned like precision equipment often hit each other very hard. And thank God for that! The alternative would look something like the safe roughhousing from Adventure Time, but I bet Chris Weidman would be good at

In his book ‘Food the Gods,’ Terence McKenna actually proposed a theory in which he suggests the reason why the brains of early humans expanded at such a rapid rate was solely due to hallucinogenic drug use of mostly the amanti muscaria

A chemist discovered the method to replicate Nickelodeon’s slime, and this is how you do it…

As someone who grew up in the 90’s, I watched Nickelodeon as if it were my job. From Nick Arcade, which I couldn’t stand watching because everyone on that show was absolutely awful and I would have EMBARRASSED them and their families, to Nickelodeon GUTS, I ask: who didn’t want to climb the Aggro Crag

NASA says our entire solar system has a tail like a comet, and they finally released images of it

So, you may or may not of known this already, but we’ve noticed that some solar systems that we’ve studied tend to have tails trailing from them. Yes, tails. Well, more like trails of energy leading from the star, but it still looks like a tail. According to NASA, our Solar System has a tail 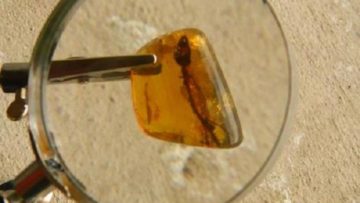 If you actually re-watch Steve Spielberg’s Jurassic Park, you’ll notice that the special effects in the movie are still on-par with some of the greatest we’ve seen in Hollywood. However the actual technology in the movie is pretty primitive. These guys were using old-school Apple Macintosh Quadra 700s to prevent hundreds of dinosaurs from escaping

The Curiosity Rover is Finally Ready to Start Roving

The Mars Curiosity Rover is probably one of the cooler things to happen within the last few years in regards to space exploration. We took a high-tech Rover that we can control remotely and plopped it down where we wanted it on the surface of Mars and since then have been exploring the surface for 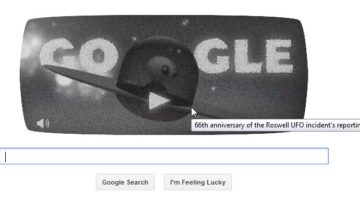 Back in college I theorized if humanity entered a Matrix-like construct, it occurred exactly on 1947, right around February. It’s been literally a decade since I did my research, but in that same year, the first super computer was invented, the modern FBI was formed, a Japanese artist, Isamu Noguchi, created a humanized face that 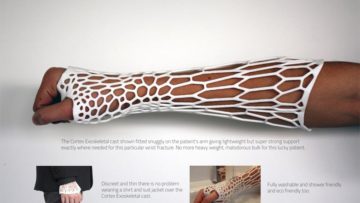 This Cortex Exoskeleton Will Make You Want to Break Your Arm

When I was in high school I broke my leg pretty bad in wrestling practice and had to wear a cast for almost four months. It was terrible. My leg itched like it was covered in poison oak and I had to bathe with a trash bag around my leg to prevent it from getting

I am a lot of things, one of which is a nerd for anything involving space. I would have been a physicist if I could actually get a decent grasp of math without my brain melting. I curse the artist that I was born to be that for some reason had problems with Algebra and

We know EXACTLY when the world will end, and there’s nothing to worry about

I don’t know about you, but I’m pretty sick of everyone trying to predict the end of the world and doing so through the least scientific of means. There were no ancient prophecies, there won’t be a judgement day and the four horsemen will never be more than a vehicle to make Ric Flair more

Most of us have probably wanted super powers at one point or another, but you know, most of us also grew up and understand that those super powers probably will never happen. I’ll never have X-Ray vision, the ability to fly or catch bullets with my teeth or anything cool like that, but some scientific

NeverWet is the craziest, most interesting technology I may never use

Unfortunately for me, NeverWet is a product I doubt I will ever use. I mean, it’s really, really cool, but I would never use it outside of trying to recreate messy situations, and then I’m literally just pouring my cash down the Never Wet drain. For example: I was blown away at using the cardboard