Kamaru Usman vs Jorge Masvidal A Possibility For UFC 244

USMAN VS COVINGTON CONTRACT TALKS AT A STANDSTILL

It seems like the UFC is having quite a difficult time booking welterweight champion Kamaru Usman in a title fight against Colby Covington.

Ariel Helwani, of ESPN, has reported via Twitter that the matchmaking efforts have come to a standstill. While the details of the stalling aren’t clear, we can assume it has to deal with Colby Covington as the UFC is still trying to book Usman.

As reported earlier, the Usman v Covington fight talks hit a snag. So the UFC turned their attention to Usman v Masvidal. But as you can see via @GamebredFighter’s most recent tweet, they are now having issues finalizing that one.

The UFC is trying to book Usman vs Jorge Masvidal

As the UFC is allegedly trying to book Masvidal vs Usman, Jorge seems to be enjoying having the options on Twitter.

It seems like Masvidal is eluding that he wonders which official contract will come to him first. Would it be the high profile title shot against Usman? Or, will it be the lucrative headliner against Nate Diaz?

Just last week, Masvidal released a video on his Youtube channel explaining how a fight versus Nate Diaz was in the works. Now, it appears that Jorge is awaiting Usman to sign the bout agreement.

As mentioned before, the reason why contractual talks have come to a halt appears to be unknown. Fans have already speculated on social media what they believe are possibilities.

Just earlier in the week, Covington expressed wanting to ‘cripple’ Usman in an interview with MMA Fighting.

He expressed wanting to bury Usman. In the interview, he also stated,

“It’s too bad he was running from me for so many years. Now he has no choice. It’s either you fight me or you don’t fight at all. You lose your No. 1 contender belt and we don’t hear from you anymore and the world figures out the coward that you really are. He’s got nowhere to go. It’s put up or shut up.”

What changed in a weeks time? Covington seemed sure that he would get the chance to finally face Usman. At the moment, it seems like the possibility for that fight next is fading. Currently, there’s a lot of moving parts to this evolving saga.

Stay tuned at Middle Easy as the rest of this story develops. 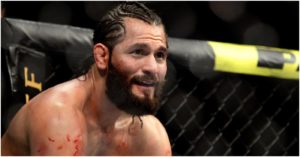 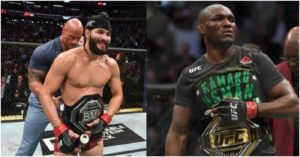 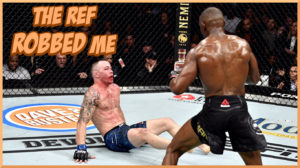 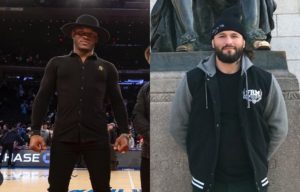 Jorge Masvidal vs Kamaru Usman Being Targeted For July! 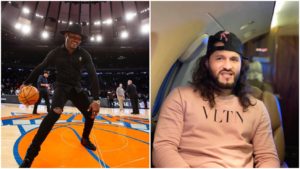 Kamaru Usman Explains Jorge Masvidal Encounter: “He Ran Up, All He Did Was Talk” 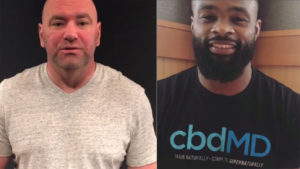