Jorge Masvidal appeared on ESPN to compete in a corn hole match where he hinted at a potential championship rematch against Kamaru Usman. 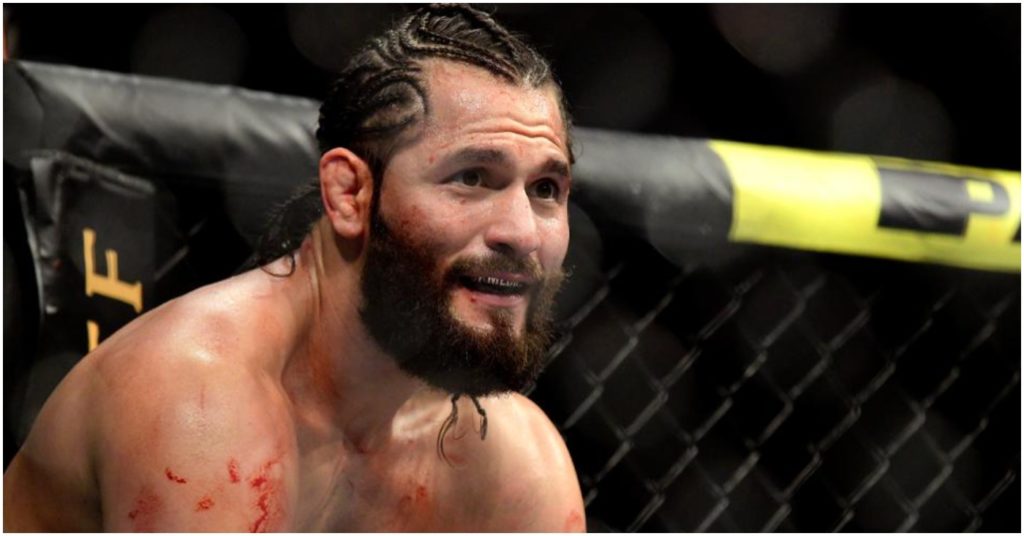 UFC 251 was a tremendous commercial success. The fans were pleased, the fighters enjoyed the experience, and the media will never forget traveling to Fight Island. And, while Jorge Masvidal received a nice payday, he is already teasing a rematch to avenge the loss that he suffered at the hands of Kamaru Usman during the main event.

Jorge Masvidal stepped in on six days’ notice to challenge Usman for the welterweight title in the UFC 251 headliner. Fans were excited that the Fight Island title shot remained intact. However, Jorge was conclusively controlled by Usman for the duration of the fight. Usman used his elite wrestling and clinch work to grind out a monotonous win.

After the loss, Masvidal stated that he wanted an immediate rematch. He spoke about it during the post-fight interview. Now, Masvidal hinted to ESPN once again that he Usman is his next opponent, once again.

“Hopefully, December/November, My opponent has a broken nose, he’s going to be out for a couple (of) days due to me. He does have a broken nose. I think next week we’re going to find out just how long he’s out for and then we’ll start determining who will be the next fight and where,” said Jorge.

Masvidal has a lot of paths to choose from after the loss. However, UFC President Dana White did state that Gilbert Burns will get his rightful shot at Usman next. It’s possible that Jorge ends up facing Nate Diaz in a rematch, Colby Covington, or even Conor McGregor. But, due to the massive success of UFC 251, Jorge could very well get his wish.

Which, would once again leave out Leon Edwards. Unless Masvidal is able to fight Leon in a #1 contenders matchup. With so many directions that the welterweight division can lean towards, the best matchups are ahead for nearly everybody.