Laura Sanko was in the booth for the latest edition of Dana White's Contender Series, making her the first female commentator since UFC 1

For a while now, Laura Sanko has been asking for a chance to put her commentary skills to the test with the UFC. She was finally given her shot on Tuesday night, making history in the process.

Usually when fans see Sanko on their screens, it is in a role of interviewing fighters post-fight, or discussing the athletes as they walk out to fights. Despite her doing commentary for promotions that air on UFC Fight Pass, and the fact that she has pro MMA experience though, the UFC was hesitant to heed her cries to commentate for the UFC.

That all changed (sort of) on Tuesday night, when Laura was given the chance to be a part of the commentary team for the latest run of Dana White’s Contender Series. While this was not technically a UFC event, this made her the first female to commentate anything UFC related since the first ever UFC event, which featured Kathy Long.

This was obviously massive news for Laura Sanko, especially as it is not uncommon for the UFC to use the Contender Series as something of a proving ground for commentators that eventually move on to work UFC events, such as Paul Felder and Michael Bisping. Hopefully that is the same for Laura, and she will get more opportunities moving forward, even if that means she still does her other typical duties, like she did on Tuesday night.

Dana White posted to his social media to congratulate her on her history making accomplishment. Here he would share a picture of her alongside the rest of the commentary team, explaining how she is the first female commentator in the Zuffa era.

In the press conference after the event, Dana was asked about how he felt Sanko did in her role, and truth be told he was a bit snarky in his response. When discussing the fact that she was doing commentary on top of her other normal duties, he simply told her to be careful what she wished for, even though that is not something expected from any other commentator.

“She was running around like a lunatic tonight. When I walked in there she seemed a little frazzled, I said ‘There you go, be careful what you wish for kid,'” White said.

“But congratulations to (Sanko). She’s earned it, she deserves it. She belongs there, and she’s as educated and as good at talking about fights as anyone in the game. So I think tonight was the beginning of a great career for her.

“Little Miss “I don’t have enough to do” has plenty to do now, okay,” White added with a chuckle. “I guarantee I ain’t going to be getting any text message or phone call from her, saying she doesn’t have enough to do anymore. Like I said, be careful what you wish for.”

While the merits of making Laura Sanko do three jobs at once is a little dubious at best, it is at least good to see her getting this opportunity. She is more than deserving of the spot, and performed well under the pressure. 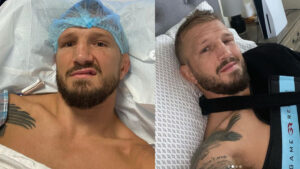 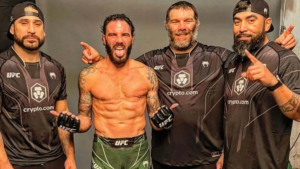