After he parted ways with controversial coach Joshua Fabia, Diego Sanchez opens up on the hard choice he had to make

MMA fans around the world seemed to rejoice at the news that Diego Sanchez had parted ways in a professional capacity with Joshua Fabia. However it is important to remember that this was not an easy decision for him to make.

The relationship between Sanchez and Fabia has been a baffling one, to say the least. It seemed like a bizarre move from the jump, when Diego revealed that Joshua was his only coach and cornerman, despite his lack of verifiable credentials within the sport.

Then the more information that came out about Fabia, the more concerning their relationship began to look. It began evident that their pairing was not good for Diego’s career, a sentiment that was backed up by his recent UFC release, which was in large part due to Fabia’s influence.

Shortly after his UFC release, more reports came out about Diego Sanchez and his partnership with Joshua Fabia, that increased the amount of concern among fans. It even led to a massive outcry for the TUF 1 winner to part ways with the self proclaimed guru, for the betterment of his life and career.

Diego finally obliged this request, as reports indicated earlier this week, ending his professional relationship with Fabia and removing him from any power of attorney roles he had over Diego. Following this announcement, Diego posted to his OnlyFans to reflect on how difficult this decision was for him, and how much it was a product of self reflection.

“Sometimes you have to look hard in the mirror to see yourself clearly. I had a lot of hard truths I have had to look at,” Sanchez wrote. 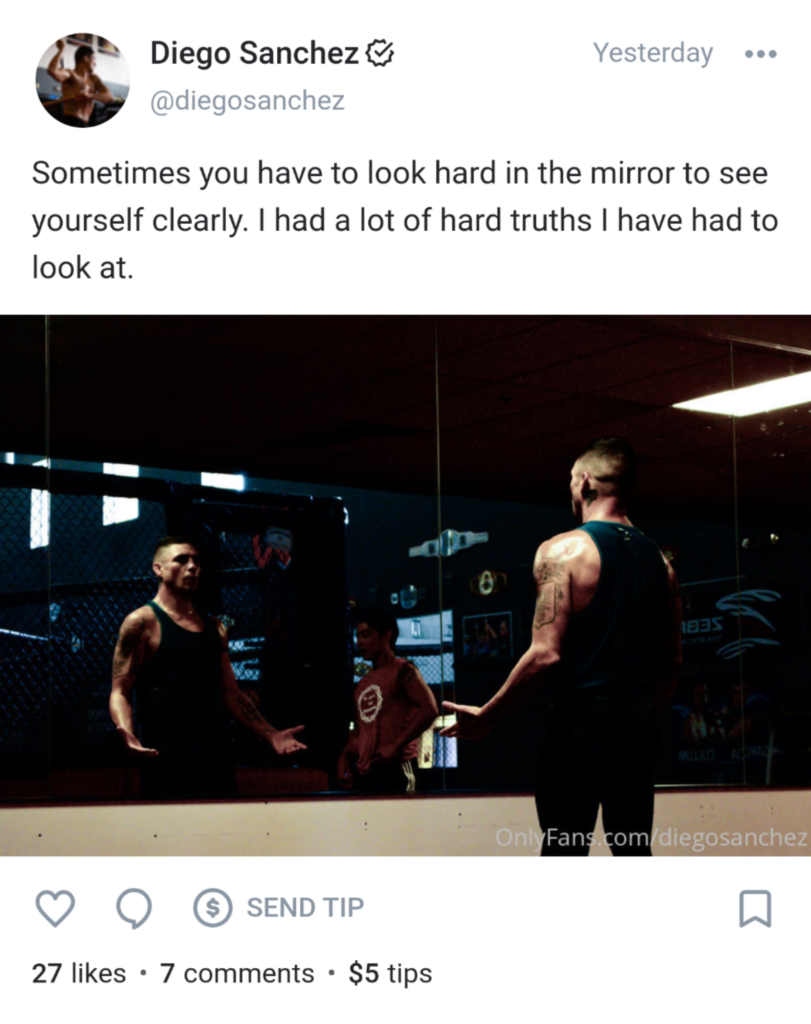 That being said, as much as Diego has moved on from his time with Joshua Fabia, he says that he still finds value in the information he learned from his former coach. The techniques that he learned from Fabia are still useful to him on some level.

“Staying grounded is important. The SoS breathing techniques I have learned in the past two years are more valuable than I can express. Josh may have parted ways from me but the wisdom he shared with me will always be there,” Sanchez wrote. 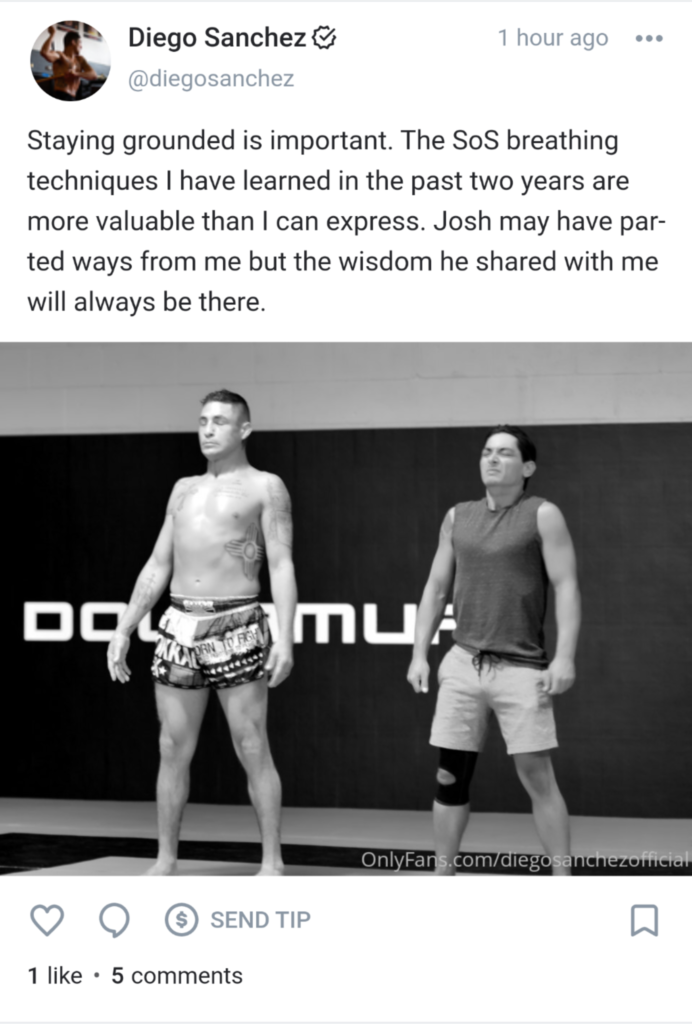 At the end of the day, it is important to remember that as much as outsiders can look at this situation with Diego Sanchez and feel happy for him, he clearly cared about Joshua Fabia. Either way, the general consensus is that it is good to see him making smart choices.