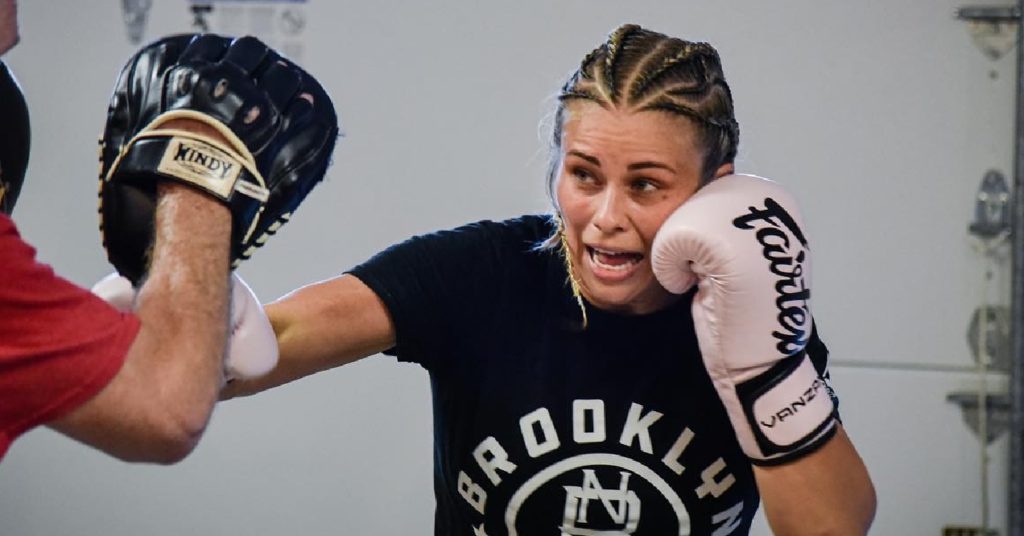 This weekend’s UFC 251 card sees Paige VanZant fighting out the end of her UFC contract. Ahead of this bout, she explains why she looking for a raise to stay in the UFC.

The last few years have seen PVZ develop her brand outside of fighting in a cage, which has left her wanting to be paid more money. She has voiced her displeasure with her paycheck from the UFC, saying that she makes more money on Instagram or doing Dancing With The Stars than she does fighting. As a result, she has opted to test the free agency market following the last fight of her contract, which is a tough out against Amanda Ribas at UFC 251.

Paige VanZant Should Have Kept Her Day Job

Leading into this fight, Paige VanZant knows how big of a risk she is taking by fighting out her contract. However, as she explained in a recent interview, she thinks that deserves a lot more money. In fact, she says that she could have made the same amount of money from another job that requires less punches in the face, than what she has earned in the UFC.

“I feel like more than ever, especially with me hurting myself, that if I’m going to be a professional fighter, I need it to be worth it for me,” PVZ explained. “It needs to be worth me breaking my arm everyday and walking into the cage and bleeding and sacrificing.

“I’ve added up all the money I’ve made in the UFC over six years, and I could have just had a regular job with the same pay,” Paige VanZant said. “I’m so thankful for everything the UFC has done for me, the platform they’ve given me. This is nothing against the UFC. But the contract I signed is what I signed and I know I need to honor it. That’s why I’m fighting this last fight out and I was never trying to break it early.”

Considering how much time Paige VanZant has spent injured, it does make sense that wants to get paid for her suffering. On the other hand, this inconsistent activity is partly what has led her to making the money that she has. Regardless, she deserves to be paid more, as does every other fighter in the UFC.