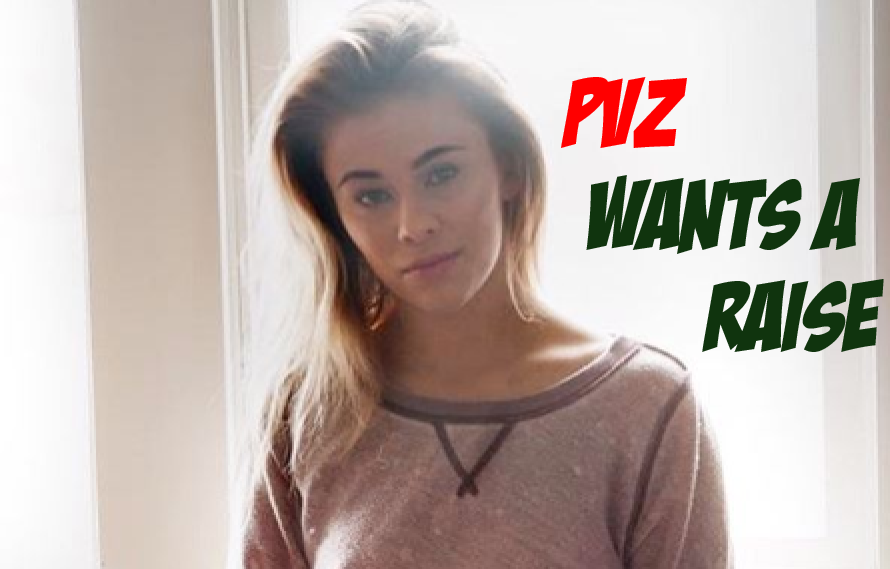 Paige VanZant is about to fight her last fight on her current UFC contract. Leading up to this, she is expressing her desire to make more money to keep fighting.

PVZ has established herself as more than just a UFC fighter. She has grown into a multi-facet star, appearing on Dancing With The Stars, and getting her own Sports Illustrated swimsuit edition. This, coupled with a budding career as an Instagram model, leaves her with several options outside of fighting.

She is very much aware of that fact, as PVZ is headed into the end of her UFC contract. It has been made clear that she has the intent of fighting out her contract, and testing the waters of free agency. In an interview with Ariel Helwani, she expressed why it is she feels like she deserves more money.

“I make way more money sitting at home, posting pictures on Instagram, than I do fighting. When I did my contract negotiation the last time, the talk was, ‘I can’t pay you more than a female champion.’ Okay, but why are comparing me to just women? All of us should be getting paid more in general.

I want a significant pay raise, to be completely honest. I’ve just been extremely accomplished outside of the UFC, as well as inside of the UFC. Five wins in the UFC, four finishes. I’ve been main event twice, and I think someone with those accolades should be paid more.”

It has been made known by the UFC brass that they are willing to let go of bright prospects who want too much money. Subsequently, it will not be surprising to see Paige VanZant move on to another promotion after her contract ends.

Pic: Even Jon Jones says something nice to Daniel Cormier about the death of his Dad
Read Next Post →
Click here to cancel reply.