Mike Perry Opens Bidding For Fans To Be In His Corner

Mike Perry Offers Fans Chance To Be In His Corner For Robbie Lawler Fight, If They Make The Highest Bid 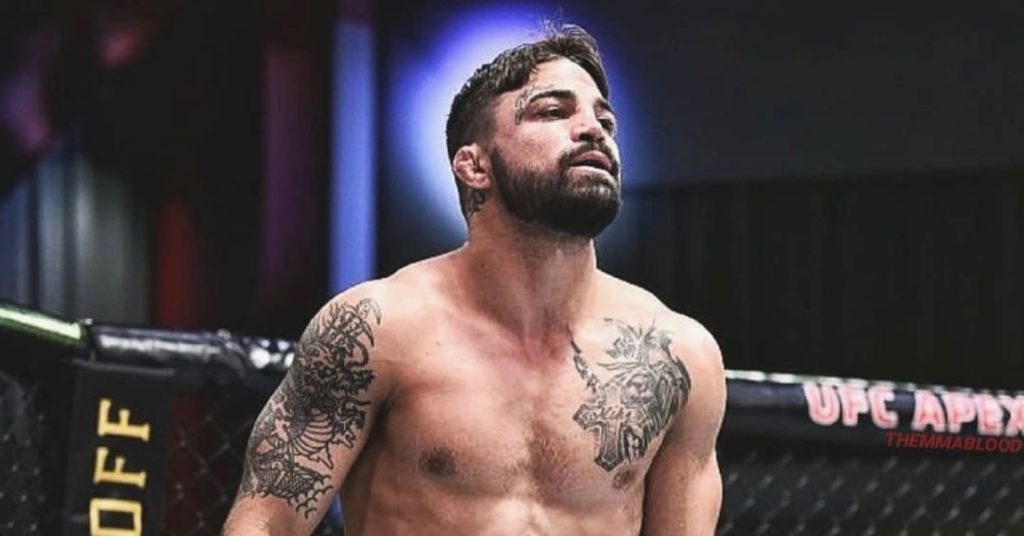 Love him or hate him, there can be no denying that Mike Perry is one of the most unique characters in the UFC. Now he is apparently offering fans the chance to be in his corner, if they can pay the right price.

As much as Perry is an exciting and fun fighter to watch, he has mostly made his name in the UFC from his unusual antics. He is regularly seen doing odd and controversial things, whether proclaiming that he can use racial slurs because of his DNA test results, or not having anybody in his corner except for his girlfriend. Even most recently, he was seen getting a tattoo of said girlfriend’s name on the inside of his lip, much to the bewilderment of the community.

Mike Perry Is Taking Donations To Be In His Corner

The oddities of Mike Perry just seem to continue, as he recently decided to make an odd offer on his Twitter. Apparently he is going to be giving a fan the opportunity to be in the corner for his next fight, a clash with Robbie Lawler that has been years in the making. This spot will supposedly be going to the highest bidder, whoever that may be.

Whoever gives me the most money can be in my corner with @latory_g ,…

It is unclear just how serious Mike Perry is about this offer to let some random person into his corner. However one interesting candidate has apparently thrown his hat in the ring to suggest himself as a potential cornerman for Mike. None other than Darren Till, who had previously been a serious pain in Mike’s neck, commented on UFC on BT Sport’s Instagram post about the tweet, seemingly offering himself.

Time will tell if Mike Perry is even allowed to have a random fan in his corner. Although Darren Till is not a random fan, so perhaps this could be the man to fill that role. This would certainly be a sight to behold.

Darren Till Going To Beat Israel Adesanya 'When The Time Comes'
Read Next Post →
Click here to cancel reply.