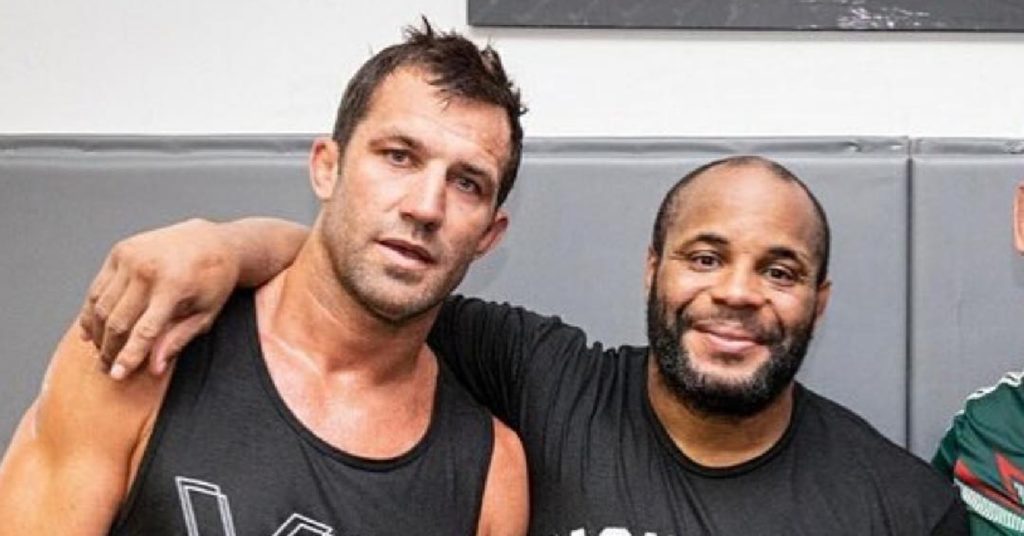 For over a decade, Luke Rockhold has trained with Daniel Cormier and others at American Kickboxing Academy. However he told recently of one time were they were unable to train due to an infected fan.

It was recently revealed that Rockhold was hoping to make a return to action, after a brief consideration of retirement. He revealed that one of the major reasons he made this decision is because he still felt like he was the best fighter in his gym. This is a bold statement, considering that when he is training at his home gym, AKA, he is working alongside the likes of Khabib Nurmagomedov, Daniel Cormier, and Cain Velasquez, among many others.

Luke Rockhold and Daniel Cormier Were Blocked From AKA

As it turns out, there was a situation that stopped Luke Rockhold and Daniel Cormier from training at AKA recently. Speaking on the Food Truck Diaries with Brendan Schaub, the former middleweight champion revealed that the pair were on their way to go to work at the gym. However DC somehow found out that one of his fans, who was going to be waiting outside the gym to meet them, was positive for COVID-19.

“You want to hear a funny story?” Rockhold said. “We were going to go to AKA for training, but DC has a weird network of fans and people, and he heard that somebody had Covid in a fan group that was group that was going to be posted outside the gym, looking for autographs. So we couldn’t even go to the gym because of fans with Covid standing outside.”

To be fair, this is not the first time Luke Rockhold has told some sort of wild story, and he did not expand much further on what went down. However if this is true, that is a crazy situation for them to be in. Hopefully no situations like this arise again, and he can properly train for his return to action.