Jon Jones Explains How Hard His Life Has Been: I Was ‘Molested As A Child’

As part of his latest tweet and delete storm, Jon Jones lists being molested as a child as one of his underlying issues

Jon Jones has been routinely making bad decisions in his life, with the most recent being an arrest for domestic violence. Apparently one of the reasons he struggles like this has something to do with some serious past traumas.

To say that Jones has made some mistakes in his life would be a massive understatement. His most recent run-in with the law, where he faces domestic battery charges, left him kicked out of his longtime gym, and supposedly giving up alcohol.

These repeated issues with law enforcement do seem to paint a picture of someone with underlying issues to work through. During his most recent Twitter storm, Jon opened up about what some of those traumas are, before quickly deleting the tweet a few seconds later.

“My life wasn’t always great man, being molested as a child, losing a parent and sibling to disease at a young age. It goes on and on man. I got things I need to deal with,” Jones wrote. 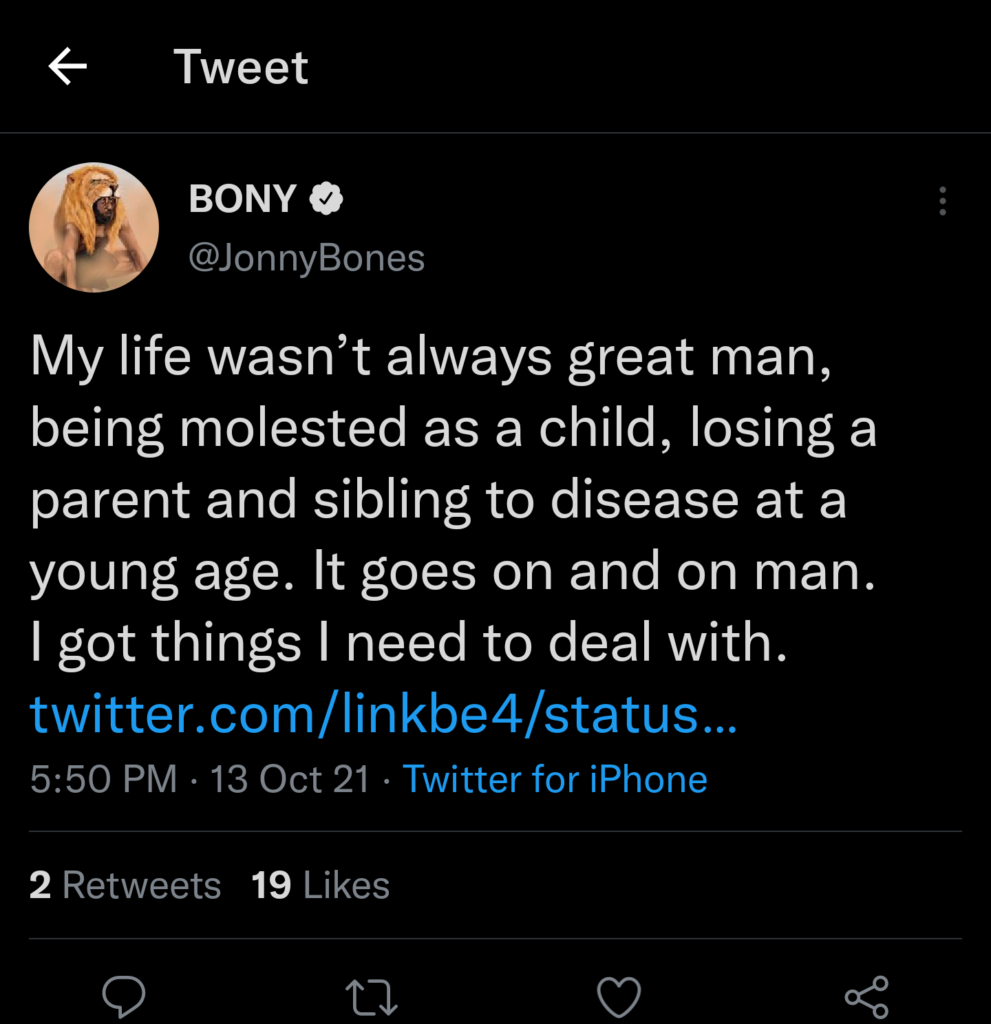 A Turning Point For Jon Jones?

First and foremost is important to make it perfectly clear, no matter what Jon Jones went through in his childhood, that does not justify the things that he has allegedly done. At the end of the day, he is a grown man who is responsible for his own choices, and has to deal with the consequences of those actions.

That said, this does paint an interesting story of what makes the former light heavyweight champion who he is. It also shed some light on the demons that Dana White says he is dealing with, when asked about Jon’s most recent legal troubles.

There does seem to be something of a moment of clarity happening with Jon Jones, which was seen through the fact that he says he is ready to quit drinking alcohol. Hopefully this is really a wake up call, and he can get his life back on track.

Leon Edwards: I Can't Wait To Show How Much Of A 'P*ssy' Jorge Masvidal Is
Read Next Post →
Click here to cancel reply.