Jones was active on social media after Mike Winkeljohn revealed the former would no longer be allowed to train at their Jackson-Wink gym.

It was among a series of tweets from Jones — with some being deleted — that followed after Mike Winkeljohn revealed the former was no longer allowed to train at his Jackson-Wink gym.

Jones was arrested late last month and was charged with misdemeanor battery domestic violence and injuring or tampering with a vehicle. He paid a $8,000 bond but is expected back in a Las Vegas court on October 26.

First, Jones tweeted about Winkeljohn in a tweet that is now deleted.

“Had a heartbreaking conversation over the phone with one of my longtime coaches last night, really hurts to lose the support of someone I respect so much. Sincere thank you to the rest of the coaches for staying in the fight with me. The journey continues…” 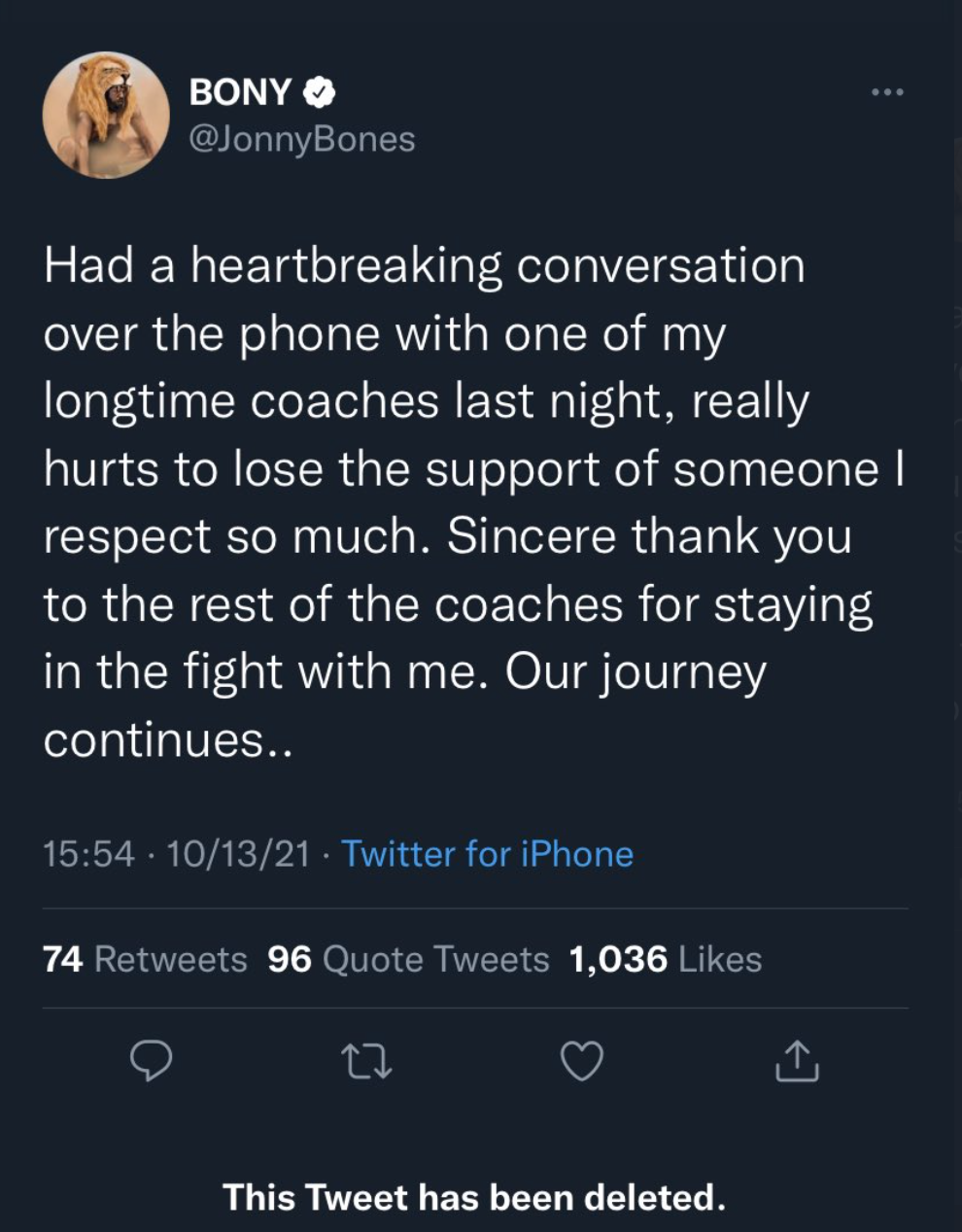 Jones would then address his domestic violence charge and deny that he ever hit Moses. He also added that his daughters didn’t see or hear them arguing.

“I love how people are imagining the worst possible situation in their heads and making it somehow factual. I never hit my fiancé and our daughters were woken up after our confrontation. My daughters didn’t see or hear us arguing.”

As for his earlier statement about quitting alcohol for good, “Bones” is looking forward to the challenge as this is the first time he’s actually ready to quit for good.

“That’s really the only thing I care to clarify.. outside of that, looking forward to moving forward without alcohol. It’s the first time in my life where I’m actually ready to quit. Glad to have the support of my fiancé, family friends and fans.”

That said, actions speak louder than words, and given Jones’ long history with the law, he understands that all too much.

“Yep I totally understand that, that’s why I’m not going to do some big PR stunt, hire a publicist. I’m not gonna do anything like that. I know it’s real. I know that I’m ready. Time will take care of the rest”

We’ve been here many times and hopefully, Jones changes his ways. That said, history has shown that looks to be highly unlikely.