Jon Jones Arrested Again, This Time For Aggravated DWI, Negligent Use Of Firearm

Jon Jones Arrested For DWI, Negligent Use Of A Firearm

Just when we began thinking that Jon Jones had turned things around, it has not stuck. He was arrested again Thursday morning, and is facing multiple charges.

According to reports, Jones was arrested in Albuquerque early Thursday morning, around 1 a.m. local time. The charges he is facing include aggravated Driving While Intoxicated (DWI), as well as negligent use of a firearm, possession of an open container, and no proof of insurance. It would appear that he has already been released from custody.

The criminal complaint tells the tale of what happened. Apparently authorities responded to a call about gunshots, when they found Jon Jones in his vehicle. Although he was not driving at that time, he was clearly intoxicated and admitted that he planned to drive. While he claimed to know nothing about the gunshots, he submitted to a sobriety test which he failed. Moreover, he took a breathalyzer, which came back with numbers twice the legal limit. 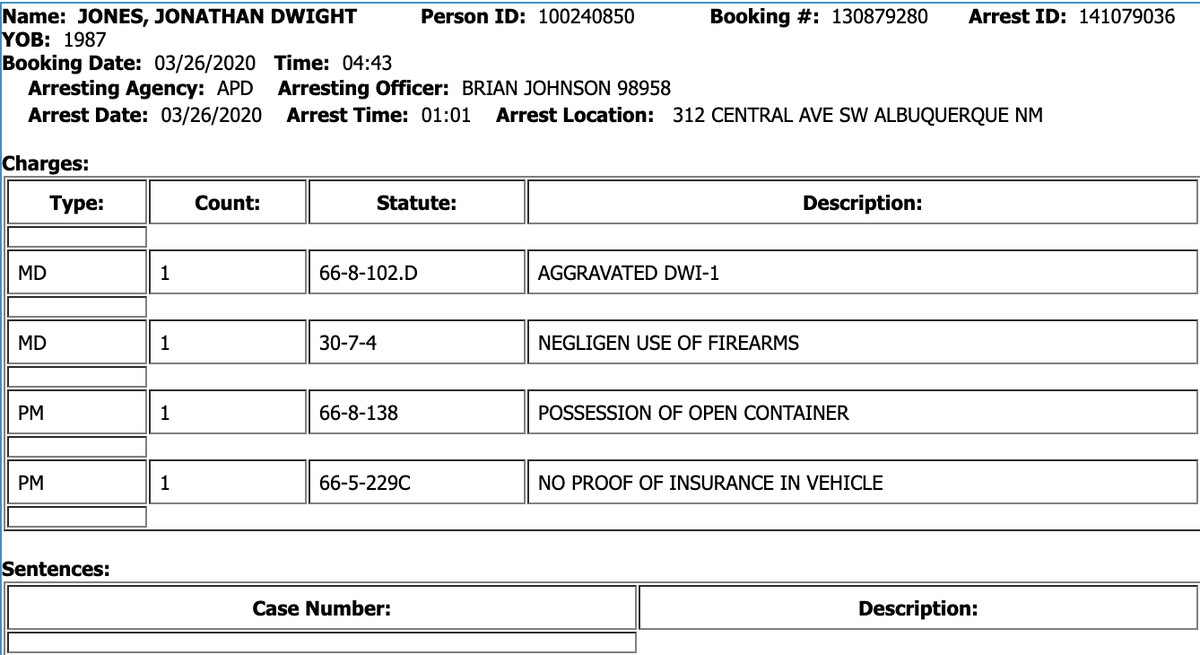 After this, Jones was placed under arrest. It was at this point, that police officers found a handgun under his seat, and a bottle of Recuerdo behind the passenger seat. Per protocol, this gun will be tested, to see if it has been involved in any crimes.

This is just the latest in a long string of legal issues Jon Jones has had. He was arrested in 2012 after crashing a Bentley while intoxicated. Then again in 2015, after an infamous hit and run incident with a pregnant woman. Most recently he was involved in a battery case, although those charges were eventually dropped. Given this history, it is very possible that he could be facing some more serious consequences this time around.

Jose Aldo 'Only Needs A Week Of Training To Beat Henry Cejudo' Despite Quarantine
Read Next Post →
Click here to cancel reply.