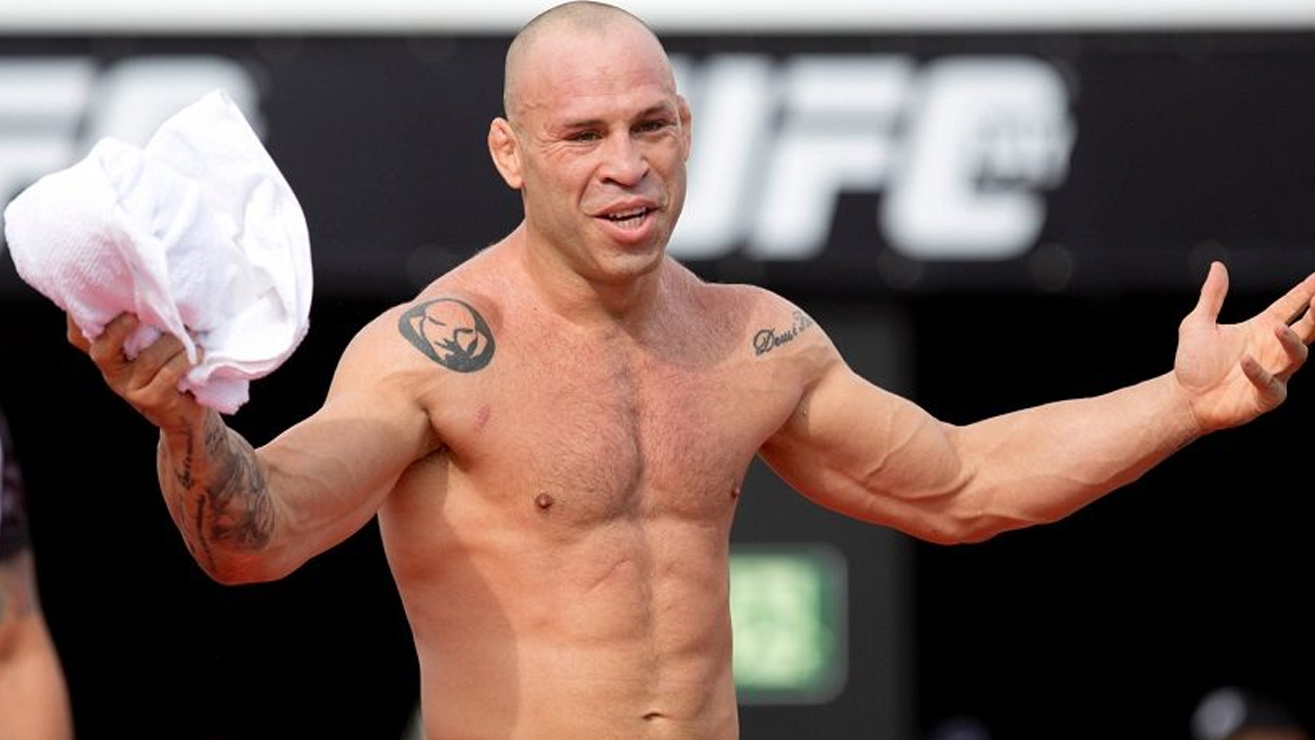 Wanderlei Silva is the fighter with the best Muay Thai clinch in the history of UFC. He knows to grab the opponent’s neck and deliver a very destructive barrage of knees to the head. He is also the first fighter in modern MMA who could be called the master of soccer kicks and foot stomps. Despite these techniques are illegal in UFC, he became a legend of PRIDE for that. He was earlier known for headbutts.

The Axe Murderer has amazingly precise hooks and combos. He is a typical brawler, a black prajiad in Muay Thai and a black belt in BJJ. However, he has only one submission victory in his whole career, and he tries to keep the fight standing as long as possible. Silva has good high kicks and low kicks.

On the ground, Silva tries to punch the opponent out or force the referee to stand the fighters up. His submission defense is excellent. However, he is extremely vulnerable to southpaw fighters, which can be seen from his defeats to Mirko Cro Cop, Chris Leben, Vitor Belfort, Chael Sonnen, and Rich Franklin.

Wanderlei Silva had his MMA debut at Brazilian Vale Tudo 6 bare-knuckle fight on November 1, 1996, versus Dilson Filho, and won the fight via KO.

He joined the UFC with the score of 5-1, and he has already become known for his soccer kicks and foot stomps before his debut. His fastest victory is the one versus Marcelao Barbosa, whom he defeated after only 20 seconds!

Wanderlei Silva had his UFC debut at UFC 17.5 on October 16, 1998, in Sao Paulo, Brazil, versus Vitor Belfort. Belfort attacked with a tremendous punch combo in the first minute of the fight and won via TKO. After this fight, Cachorro Louco had two wins in smaller promotions.

Then he faced Tony Petarra at UFC 20 on May 7, 1999, and won again via KO. He had three PRIDE fights before his legendary UFC title fight.

The two faced at UFC 25, on April 14, 2000, in the main event of the evening. Wanderlei Silva and Tito Ortiz fought like real warriors. The fight lasted for five rounds, and Tito Ortiz won via unanimous decision.

After his PRIDE debut and the unanimous decision victory over Carl Malenko at Pride 7 on September 12, 1999, he defeated some very notable names along the way.

Two angry rivals faced for the first time at Pride Final Conflict 2003, on November 9, 2003. The Axe Murderer pushed Rampage Jackson to the corner and delivered the tremendous knees to the head, knocking him out cold.

Their second match happened at Pride 28, in a Middleweight title fight, on October 31, 2004. Jackson knocked Silva down and mounted him as the bell rang. In the second round, Wanderlei Silva caught Rampage Jackson with a brutal right-hand counter and finished him with Muay Thai clinch knees. It was later pronounced for The Fight Of The Year.

Wanderlei Silva faced Chuck Liddell at UFC 79, on December 29, 2007. Every single punch during this fight seemed like a knockout blow. Both fighters were rocked few times, and it looked like a street fight at some points! Chuck Liddell won via unanimous decision, and both fighters received Fight Of The Night awards. The fight was also voted for The Fight Of The Year. 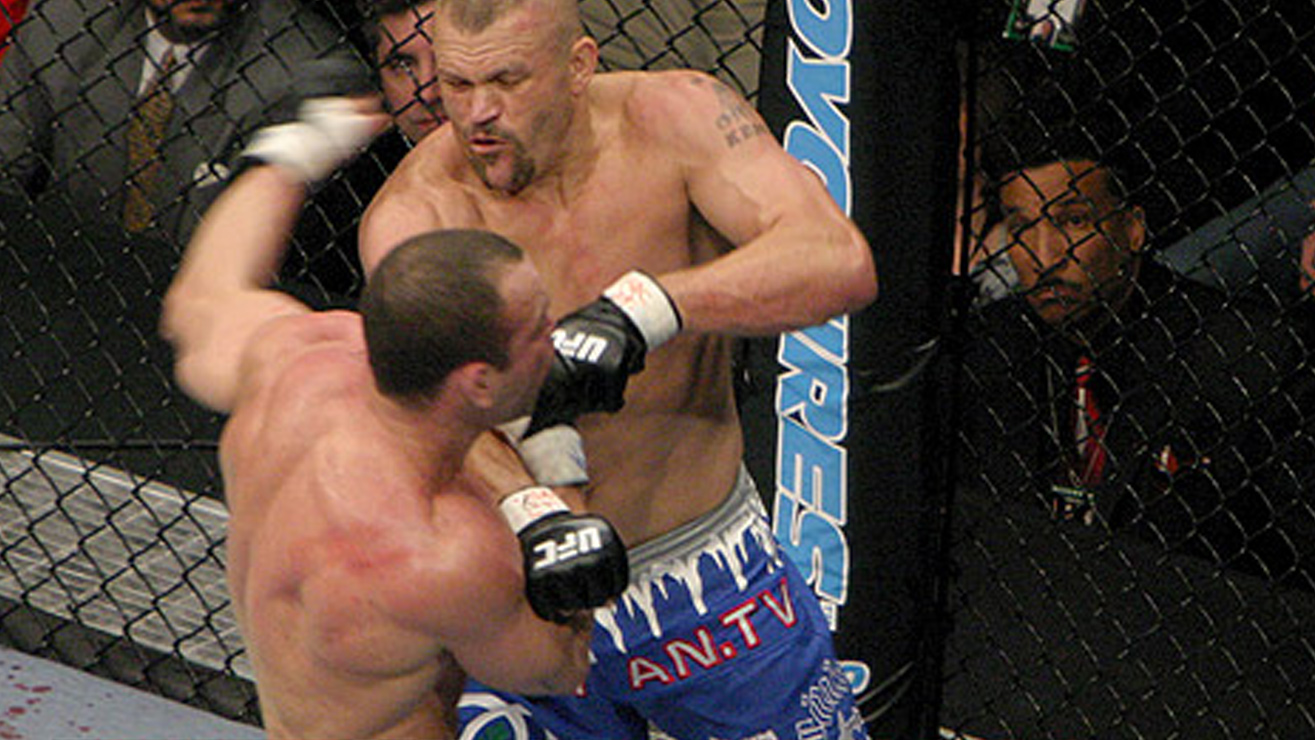 The third, and the first UFC showdown between two rivals happened at UFC 92, on December 27, 2008. This time, Rampage Jackson revenged for two losses and knocked Silva out via a left hook in the first round. 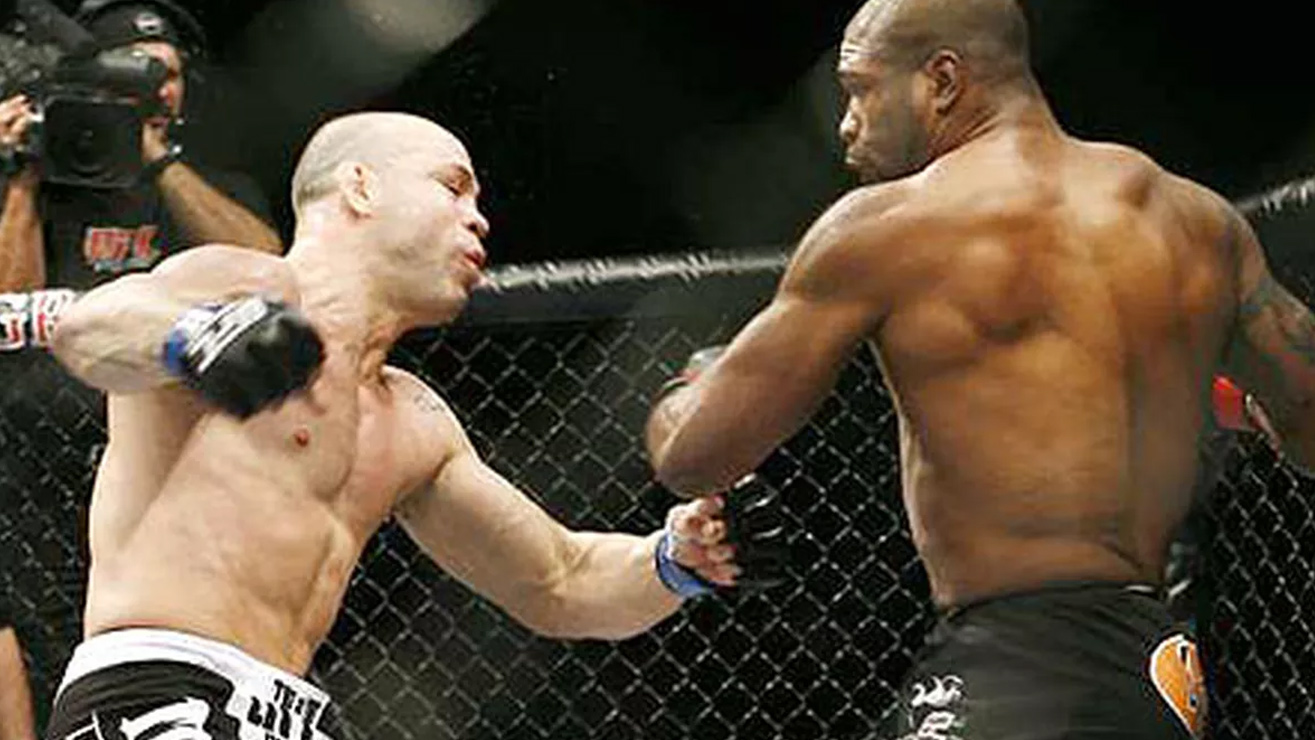 His next opponent was Rich Franklin at UFC 99, on June 13, 2009. Rich Franklin won via unanimous decision. Silva rocked Franklin hard in the second round and almost finished the fight with the punches. Franklin also dropped Silva three times in the same round, every time with a single blow. Both fighters received Fight Of The Night bonuses.

The Axe Murderer had undergone nose surgery after this match. He also removed some scar tissue under his eyes. He did this to avoid bleeding and being easily cut open. At UFC 110, Joe Rogan said Cachorro Luoco looked like a totally different person.

Wanderlei Silva had his Middleweight debut at UFC 110 versus Michael Bisping on February 21, 2010. Despite Michael Bisping took him down few times in the first round, Wanderlei returned with the flurry of punches. He also dropped Bisping with a right hook in the third, winning the fight via unanimous decision.

Silva should face Yoshihiro Akiyama at UFC 116 on July 3, 2010, but he had to pull back since he broke three ribs in the training session.

The Axe Murderer was cut open again during 2010 when he underwent knee surgery. He didn’t fight until 2011. Wanderlei Silva was scheduled to face Brian Stann at UFC 130, on May 28, 2011, but showed reluctance to face him, and was replaced by Jorge Santiago.

His next rival was Chris Leben at UFC 132, on July 2, 2011. Chris Leben won the fight via KO after only 27 seconds in the first round. This was Wanderlei’s quickest loss of the career.

The Axe Murderer defeated Cung Le at UFC 139 on November 20, 2011. Cung Le dropped him with a spinning back fist in the first round. In the second round, Silva delivered a barrage of punches and knees that completely broke Lee’s nose.

Rich Franklin defeated Cachorro Luoco for the second time at the main event of UFC 147, on June 23, 2012, again via unanimous decision. 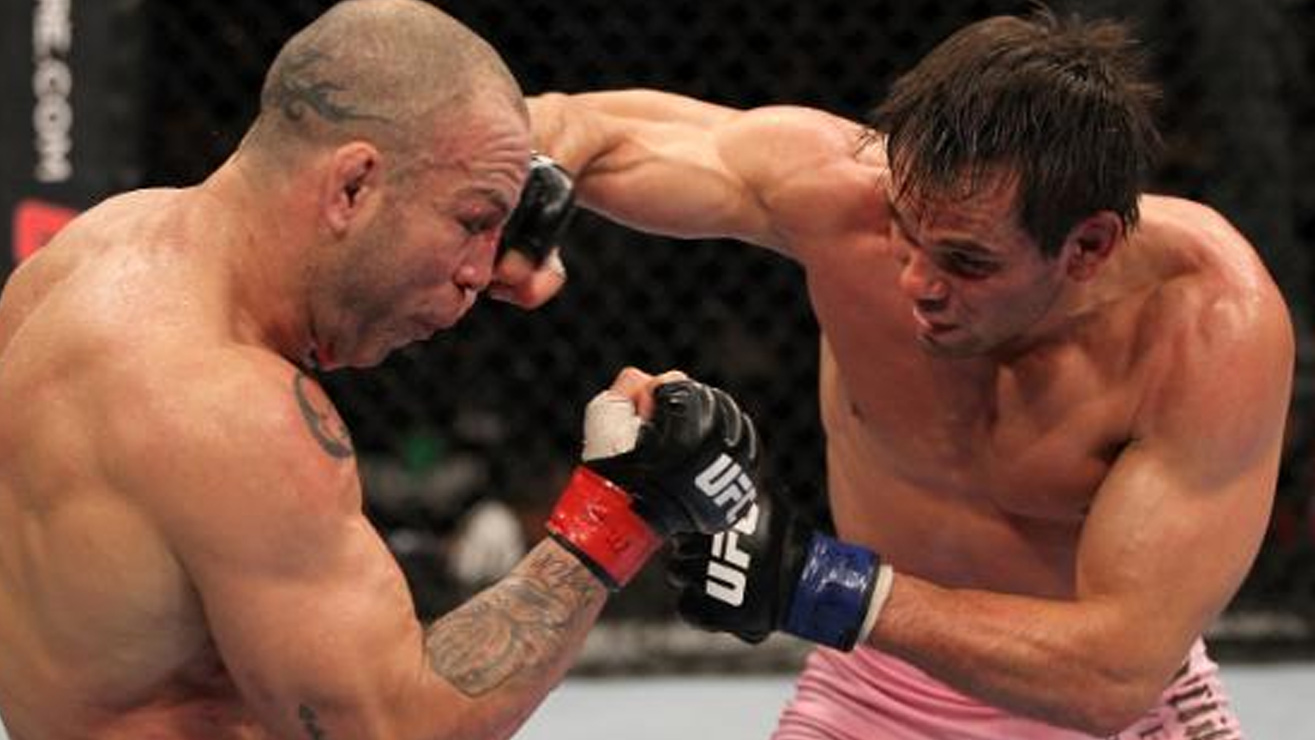 Silva finally faced Brian Stann in the main event of UFC On Fuel 8. Wanderlei Silva won the fight via KO (it was later pronounced for the Knockout Of The Night) in the second round. Both fighters received Fight Of The Night bonuses.

Wanderlei Silva Vs Chael Sonnen – An Incident And UFC Release

Chael Sonnen was coaching The Ultimate Fighter: Brazil 3 against Wanderlei Silva. The two should face at UFC 175 on July 5, 2014, but Dana White asked the fight to be rescheduled because two angry rivals fought during the filming of the show and Silva hurt his hand. Sonnen took Wanderlei down and punched him few times, while Wanderlei Silva delivered few strong elbows before the fight was stopped.

Wanderlei Silva was removed from the fight entirely since he didn’t submit an application form to fight in the state of Nevada. Since The Axe Murderer failed to undergo drug tests, he received a lifetime ban by NSAC and was fined $70,000. His sentence was overturned in May 2015 but he was released from the UFC in January 2016.

Wanderlei Silva faced Chael Sonnen at Bellator 180, on June 24, 2017, in New York. Sonnen took him down to the ground and controlled the most of the fight, punching the downed opponent. Chael Sonnen won the fight via unanimous decision. 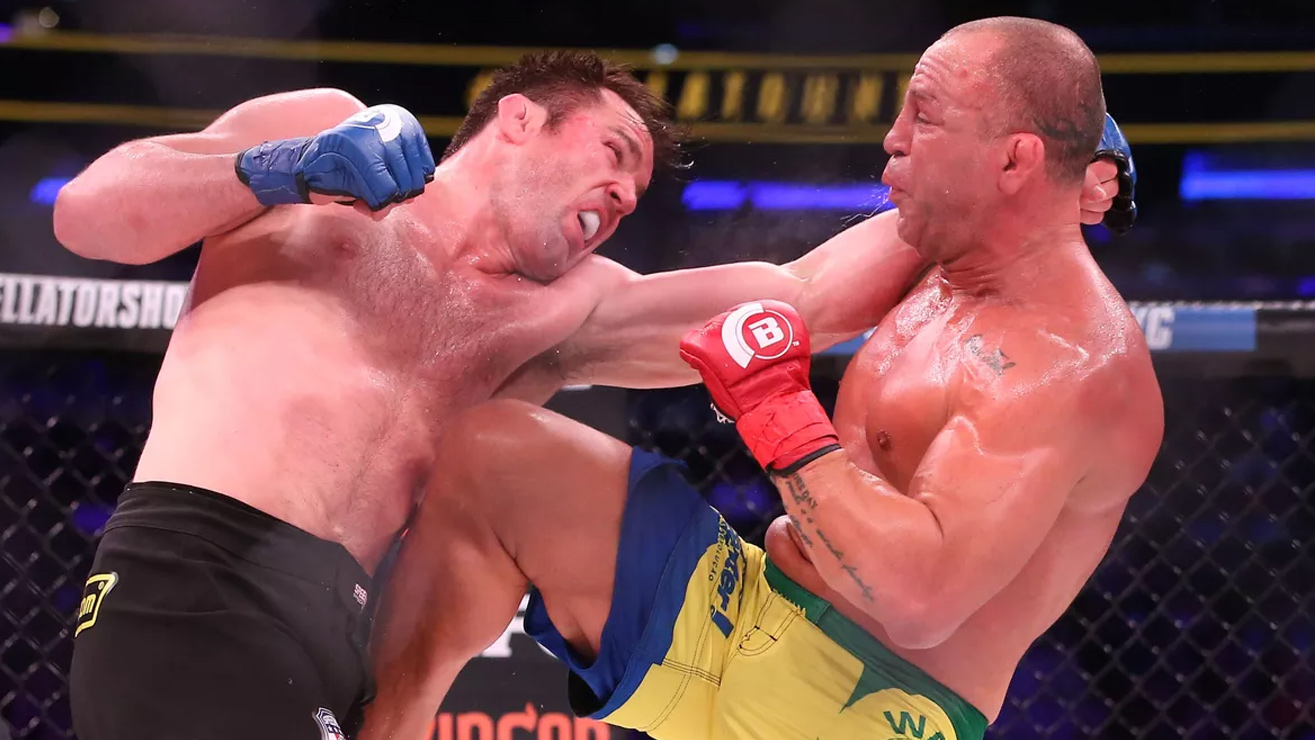 There are rumors that Bellator president targets the fourth fight between Wanderlei Silva and Rampage Jackson.

The Axe Murderer is married to Tea Silva, and they have a son. He also has a daughter from a previous relationship. His father died in a car accident in Brazil on August 26, 2012.

Silva became the USA citizen in April 2016. He is the owner of the mixed martial arts training organization, named Wand Fight Team.