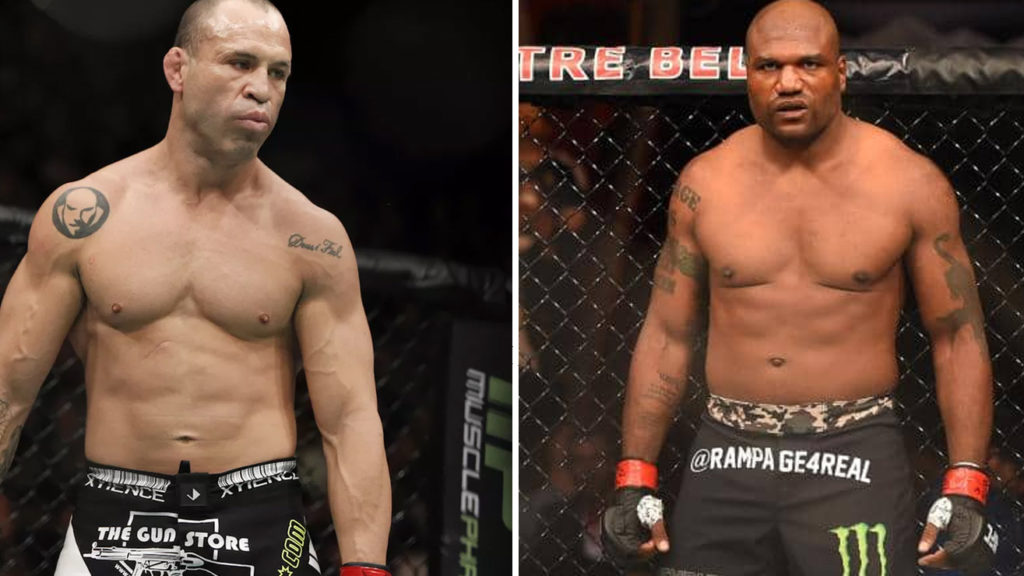 Wanderlei Silva knocked out Quinton “Rampage” Jackson in their first meeting back in 2003. In their rematch a year later, in the Pride ring, Silva busted rampage again. In 2008, once both fighters had landed in the UFC, this time “Rampage” Jackson got his hands raised after a brutal first-round knockout.

The Axe Murderer” fought only once since leaving the UFC, defeated by Chael Sonnen via unanimous decision in his Bellator debut back in June 2016.

Jackson lost his last two to bouts to “King Mo” Lawal and Sonnen.

Today two old rivals faced off at a Bellator press conference, and there was a lot of trash talking and jawing exchanged. The card’s headliners, middleweight champion Gegard Mousasi and welterweight titleholder Rory MacDonald also faced off. Check out the video below:(Courtesy MMAJunkie)

Rose Namajunas on what she said when Conor messaged to apologize: ‘fuck that’
Read Next Post →
Click here to cancel reply.