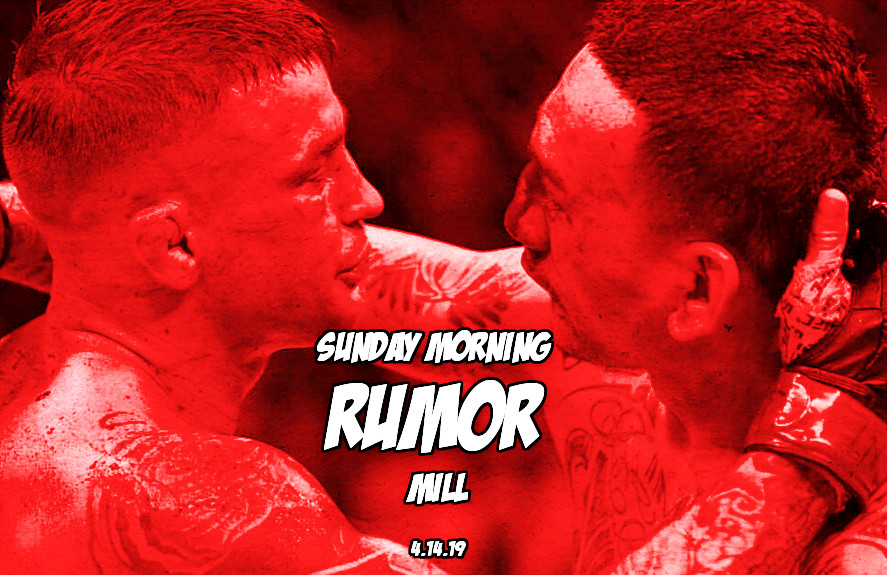 When MMA is at it’s best, there is no other sport in the world that can top it. MMA rumors are at their best following the sport’s best nights.

The final two fights of UFC 236 were MMA’s peak. Cut out the shady business side or out of the cage antics, and at least MMA will always have Israel versus Kelvin and Dustin versus Max.
As always these are rumors that have been talked about behind closed doors between MMA higher ups, so take them as MMA rumors.
The only cure for an UFC 236 is catching brunch with your Sunday Morning Rumor Mill.