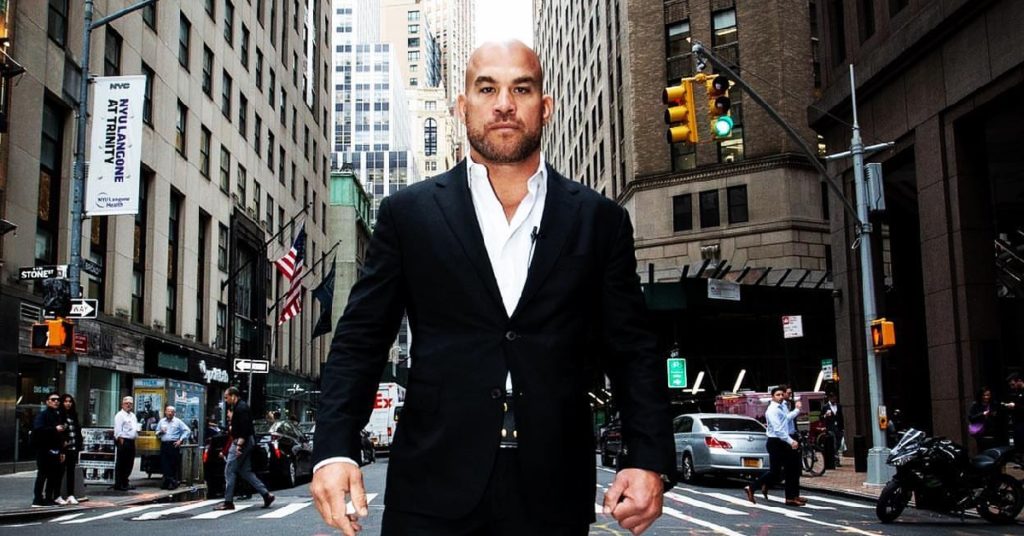 Tito Ortiz seems to think that he knows what is really going on around the world right now. So fasten your tinfoil hats on securely, as we delve into his latest conspiracy theory.

Ortiz is known for being a bit of an interesting character in MMA, with everything from odd trash talking, to even more odd fight results. Furthermore, he has been known to dabble in a few bizarre conspiracies. This does not change at all, when it comes to the recent coronavirus outbreak.

In a recent video clip, Ortiz discussed the topic of this virus. There is a lot of misinformation going around about this global concern. It would seem that he heard a lot of it, as he vocalized a theory that the virus is man-made.

”Do I think the Coronavirus is real? One hundred percent, I think it’s real,” Ortiz said. “Yep, man-made, a virus that is taking out all the old people. It’s kind of crazy, this is something I’d like to talk about though. Remember in China when they’re doing all the protesting? They had so many people out on the streets and everyone wanted to be like us Americans, and chanting the national anthem. And then all of a sudden boom! That s–t was over within in a day.

“People were following Coronavirus. It was the most craziest thing in the world,” he continued. “Now you don’t see any one of those people protesting, do you? At all. I think in Italy they’re doing the same thing. You don’t see any of those protests any more, do ya? It’s pretty crazy.”

There is a lot to unpack here. For example, the protests in Hong Kong, that he is presumable referencing, are still happening. That is just the tip of the iceberg, in terms of what is incorrect here.

Look, we here at MiddleEasy love a conspiracy, just as much as Tito Ortiz. However it is incredibly important to spread correct information, especially in times as dire as these.