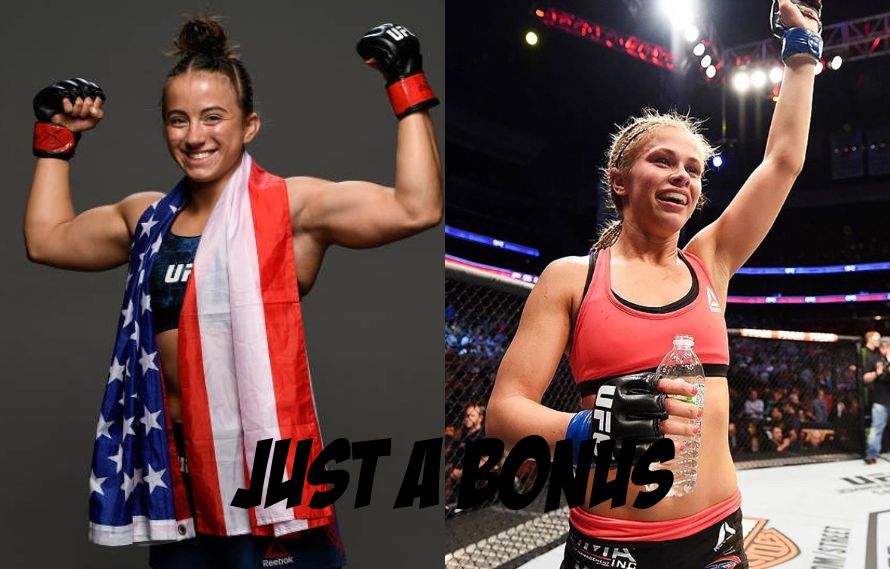 Maycee Barber Not Too Worried About Fighting Paige VanZant

Maycee Barber was really wanting to fight Paige VanZant. However she is not concerned about not being able to do so.

Barber had been calling for a fight with PVZ for a while. The two have been going back and forth for a bit. Therefore, on the back end of three straight UFC wins, she felt that this fight was the logical next step.

In the end, Maycee Barber would be paired with longtime vet Roxanne Modafferi. Following the announcement of this booking, she was asked by Submission Radio why the PVZ fight fell through.

“They offered it to Paige at 125.she said no. From what I heard, she said she wanted a fight at 115, but she would need more time. So, as far as I know, it’s offered to her at 125 when she wants to take the fight at 125.  other than that, I’m just gonna keep doing what I do with my career, and when she decides to fight, we’ll fight.”

Despite that, Barber is not too heartbroken that the fight did not come together.

“My career will be successful no matter what, if I beat her up or not. That was just kind of like a bonus, like, beat her up and prove a point. But that’s it.”

In addition to that, Barber says that she prefers Modafferi as an opponent anyway.

“Roxanne is way better of a fighter than Paige VanZant, And there’s a lot of women out there who are a tougher fight.

Paige VanZant just did the marketing well, and that was because the UFC got behind her on that. like I’ve said multiple times, she didn’t hold up her end of the deal and she didn’t continue to progress as a fighter, she just continued to progress on the more marketing and media side of that. there’s a lot more girls that had been working there their butts off a lot more than Paige has.”

Maycee Barber will be taking on Roxanne Modaferri on January 18th, at UFC 246. It will be interesting to see if she ever crosses paths with Paige VanZant in the future.