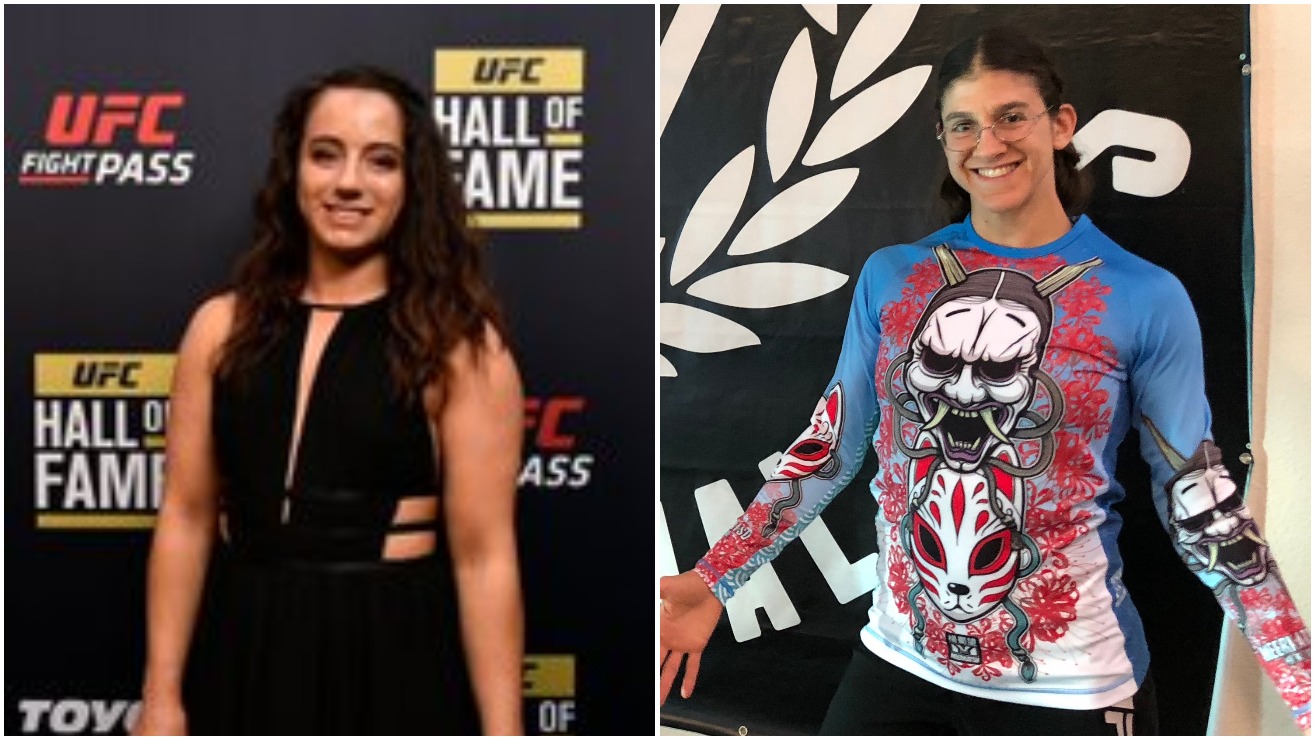 Barber vs Modafferi in the Works for UFC 246

Maycee Barber is one of the youngest fighters on the entire UFC roster. For months, her animosity towards Paige Van Zant fueled her attempt to bait PVZ into a fight. With recent news circulating, it seems like Barber’s next opponent is the exact opposite of everything that she is. The youthful and brash Barber is expected to take on a respectful and seasoned veteran in Roxanne Modafferi.

MMA Junkie reports that the bout is expected to take place at UFC 246. The card takes place on Saturday, January 18, 2020, at T-Mobile Arena in Las Vegas, Nevada. According to sources tipped to the publication, both parties have verbally agreed to fight at the event.

Roxy has had 39 professional bouts in her MMA career. She is currently ranked # 9 in the UFC’s women’s flyweight rankings. Also, Modafferi has gone 2-2 in her last four bouts in the promotion. Both losses came via unanimous decision in catchweight bouts against opponents who have missed weight.

Barber, on the other hand, is coming off of an impressive TKO victory over top prospect Gillian Robertson. Due to that victory, many fans were left perplexed on why Barber would still entertain facing Van Zant. Especially because of the knockout being Maycee’s 5th consecutive in a row dating back to her last bout for Legacy Fighting Alliance.

A Silver Lining for Barber

Not getting a crack at Van Zant could result in a silver lining for Barber. After all, a win over Roxanne would catapult Barber higher into the rankings. Although Zan Vant is more of a household name, beating Roxanne would undeniably assist Maycee’s desire for UFC gold. Furthermore, it would keep her dream alive of becoming the youngest UFC champion of all time.

Other fights have yet to be listed or rumored for UFC 246 at this time. However, this is the card that Conor McGregor allegedly will make his return. At least according to what McGregor has said he wanted on Twitter.

With the bout verbally agreed upon, who do fans expect to take the victory? Let us know in the comments below.