'Violent Bob Ross' has been charged with domestic violence and battery.

The late great Bob Ross didn’t have a criminal record. However, his MMA counterpart does.

MMA Junkie would acquire this statement from the Broward Sherriff’s Office.

“At approximately 12:34 a.m., Broward Sheriff’s Office Deerfield Beach deputies responded to a domestic disturbance call near the 200 block of Southeast 12th Avenue in Deerfield Beach. On scene, deputies made contact with multiple subjects, and Luis Antonio Peña was later detained and taken into custody. Peña was transported to BSO Main Jail and faces one count simple battery and one count domestic violence battery (both misdemeanor). The investigation continues.” 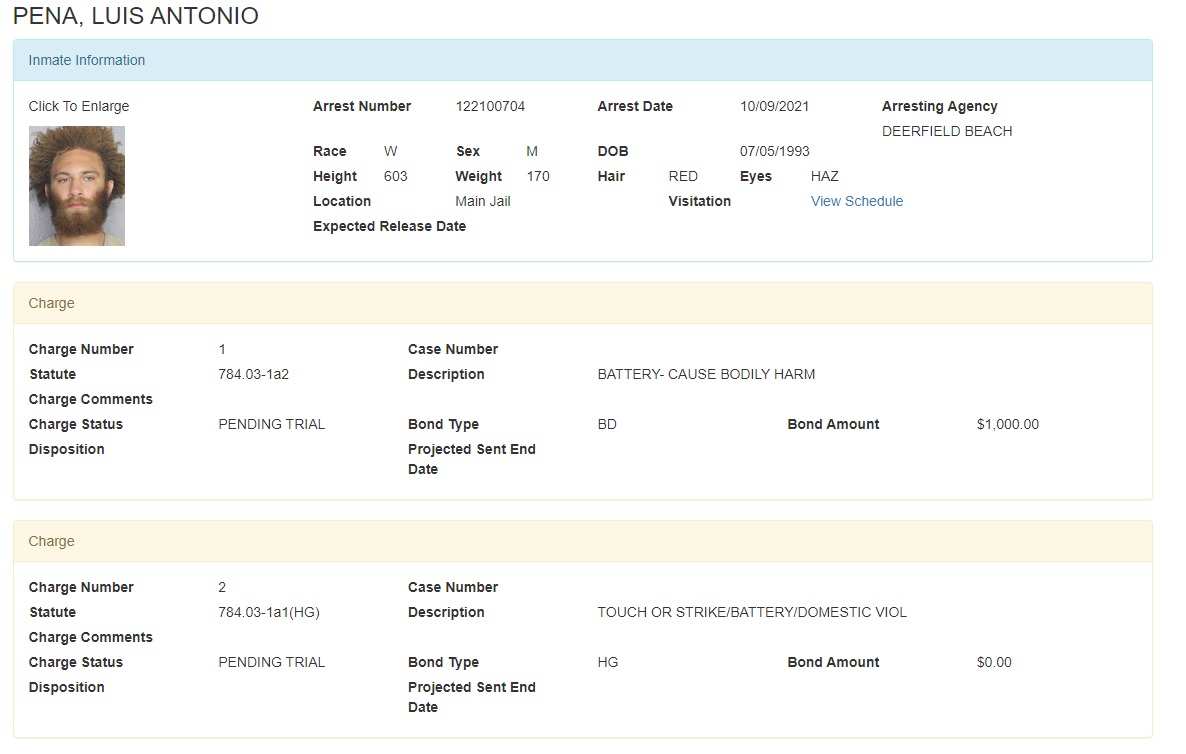 Outside the Octagon canvas, Peña hasn’t been painting a pretty picture, at least not with the law. This weekend’s arrest wouldn’t be the first for the UFC lightweight.

Earlier this year in May, the fighter was charged with domestic battery after allegedly punching a girl in the face. Just a month later, Peña was charged with robbery by sudden snatching, battery and criminal mischief after he was accused of stealing and destroying a woman’s phone.

Peña would be faced off with a felony, however the charges were dropped as the victim chose not to continue the case. It would end up being a misdemeanor.

The UFC veteran hasn’t competed in the cage since winning his last fight against Alexander Munoz in April.

Tyson Fury Will 'Pray' For Deontay Wilder After Lack Of Respect Shown After Trilogy
Read Next Post →
Click here to cancel reply.