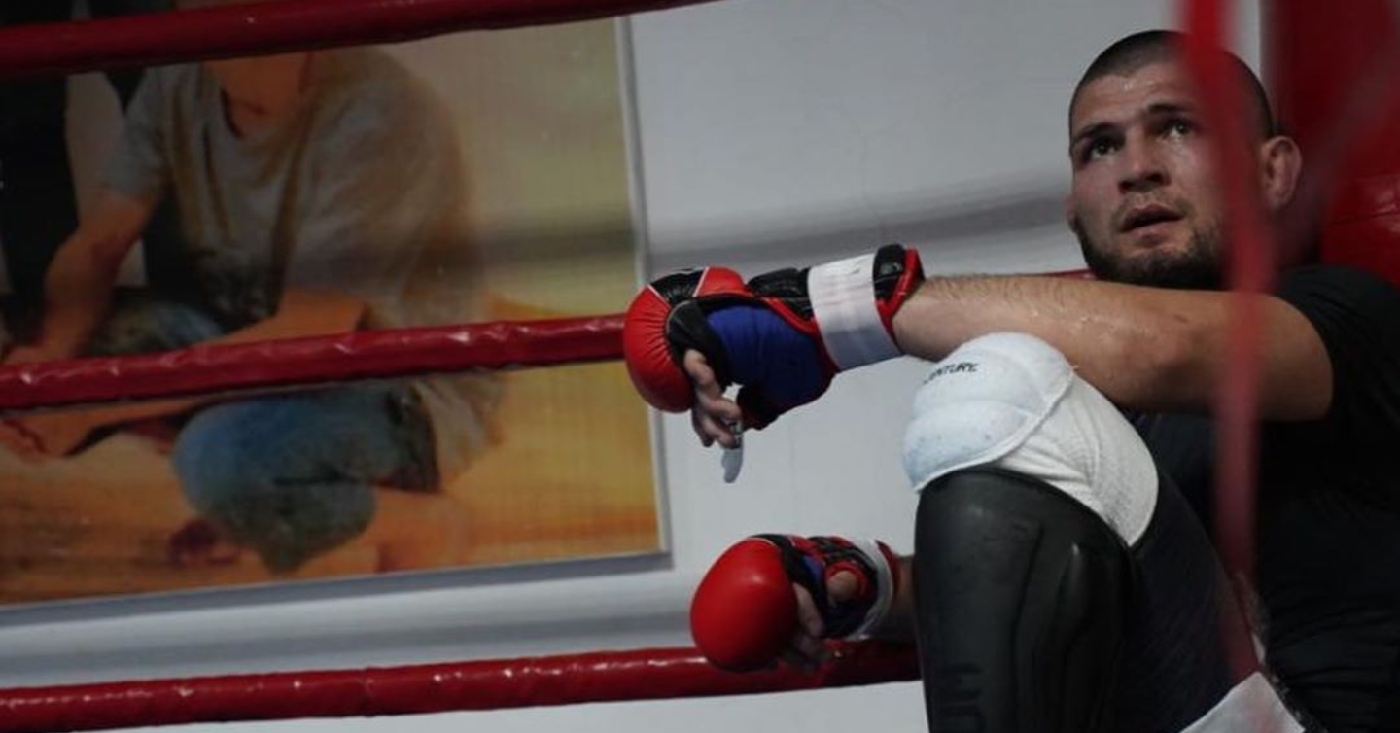 Following the loss of his father, coach, and mentor, fans were concerned that we may have seen the last of Khabib Nurmagomedov inside the Octagon. It would seem that the lightweight champion was seen having his first training session back, since this tragic loss.

It is not an overstatement to say that the relationship between Khabib and his father, Abdulmanap, was pivotal for his success in the UFC. The elder Nurmagomedov practically groomed his son from birth, to be one of the greatest fighters in the world, working with him since he was a child. That is why, when Abdulmanap heartbreakingly succumbed to symptoms of COVID-19, there was a ton of uncertainty about what the future may look like for Khabib.

It seems that the people who were thinking Khabib Nurmagomedov would not fight again were mistaken. Some pictures have emerged recently, apparently showing the undefeated lightweight returning to the gym for his first training session, since what happened. It is only images with no context, but it sees the Dageatani wrapping his hands, and doing some level of sparring in a boxing ring.

It is good to see that Khabib is back to training after everything he is going through. Obviously seeing him return is not as big of a priority as seeing him mourn his loss properly. That being said, it is at least reassuring to see he is still somewhat focused on his fighting career.

As of now, the plan is for Khabib Nurmagomedov to face interim lightweight champ Justin Gaethje, this fall. While it is still early to jump to any conclusions, this recent update seems to suggest he is still interesting in making this date. As for how he will look on the occasion, that is still to be seen.