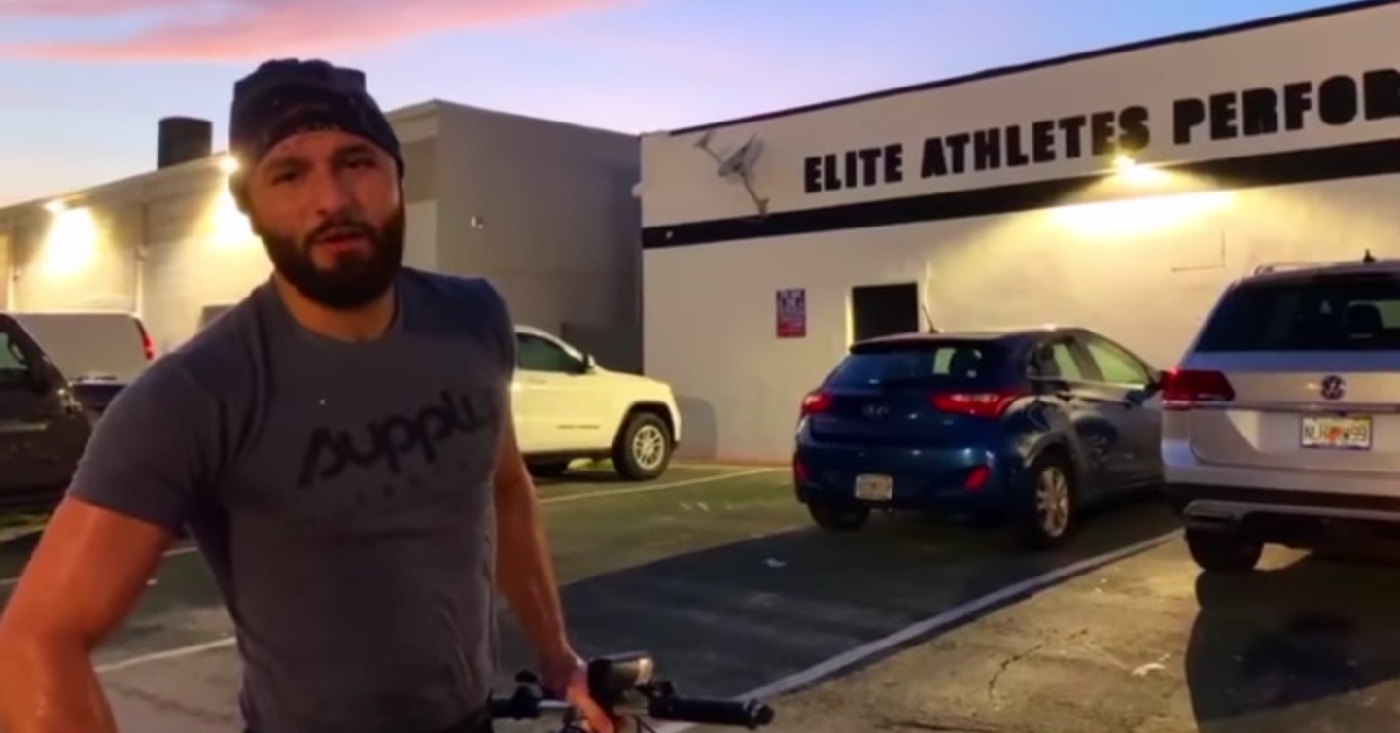 It has only been a few days since Jorge Masvidal lost to Kamaru Usman for the welterweight title. That has not stopped him from turning right around and getting back to training.

Taking the fight on six days notice, Masvidal agreed to fight Usman in the first event on Fight Island. Following a successful battery of coronavirus tests, the BMF champ made it to the Octagon with the goal to leave with a more traditional belt. Unfortunately this would not happen, as “Gamebred” was controlled for the majority of the fight, en route to a decisive unanimous decision loss.

Jorge Masvidal Is Back To Training

We have already seen that Jorge Masvidal was not bothered by this loss and was partying on his way back home. However he also showed that he is not letting this setback delay his training, after he posted to his Instagram recently. Here he can be seen, riding his bike to the gym and saying that he was ready to sharpen up the areas that were lacking at UFC 251.

“No rest for the wicked”

Masvidal does not show the work that he did inside the gym, but it is safe to say he is getting right to work on the things he was struggling with against Usman. The good news is that Jorge did not seem to take a ton of damage in that fight, outside of a small cut on the face. If he is training like this, and not too banged up, then perhaps it will not be very long before he gets back to action.

It will be interesting to see who Jorge Masvidal is interested in facing in his return to action, whenever that ends up being. He has named a few people that he does not want, but it is unclear if he will still be pursuing the likes of Nate Diaz and Stephen Thompson, as he mentioned before the fight.