VIDEO: Jorge Masvidal And Darren Till Have Kind Exchange Post-UFC 244 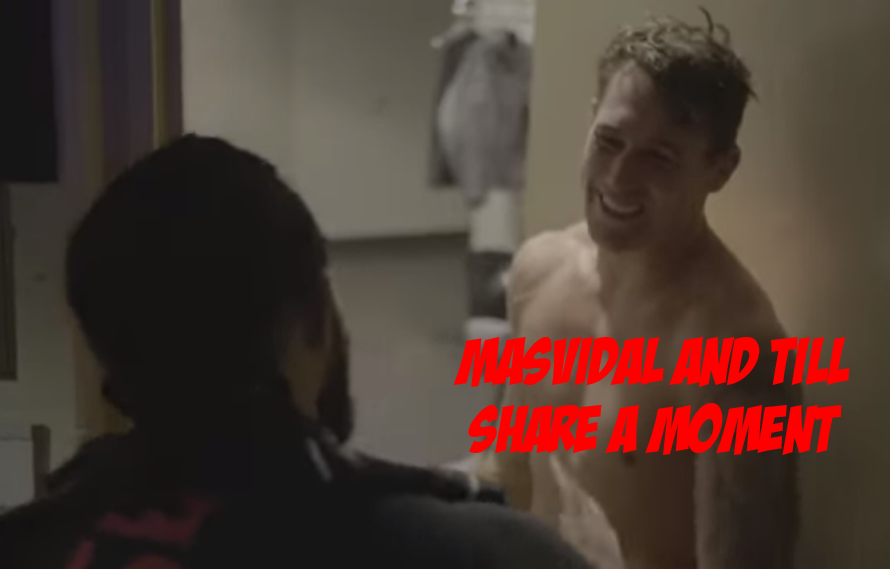 Jorge Masvidal And Darren Till Hug After UFC 244

Jorge Masvidal and Darren Till once were opponents, facing off in the Octagon. However they appear to have gotten past that, as evident after UFC 244.

Masvidal took on Till at UFC Fight Night 144, in March. It was a highly anticipated bout in Till’s hometown. However, it would be Masvidal who would walk away with the victory, with a second round knockout.

Despite their history, it appears they have moved on from this rivalry. Both men Masvidal and Till competed at UFC 244, in the main and co-main events respectively. Moreover, both men were victorious in their efforts. Yet after the fact, the pair ran into each other back stage. The exchange was actually friendly, as opposed to their previous exchanges, as this video shows.

The sight of these two men embracing is nice to see. Jorge Masvidal has gained quite the reputation for silencing trash talkers. With Till be as outspoken as he is, it is good to discover that their beef is not personal.

Since their fight, Masvidal has skyrocketed in popularity. He was able to score the fastest knockout in UFC history, over Ben Askren. Following that his UFC 244 bout was a main event against Nate Diaz for the BMF title, which he also won.

On the other hand, Darren Till took time off after losing to Masvidal. He then decided to make a move to middleweight, making his debut at UFC 244. Furthermore, he was successful in this endeavor, earning a split decision win over Kelvin Gastelum.

One of the best parts of MMA, is the amount of respect found in most fighters. It is nice to see that Jorge Masvidal and Darren Till have that respect for each other.