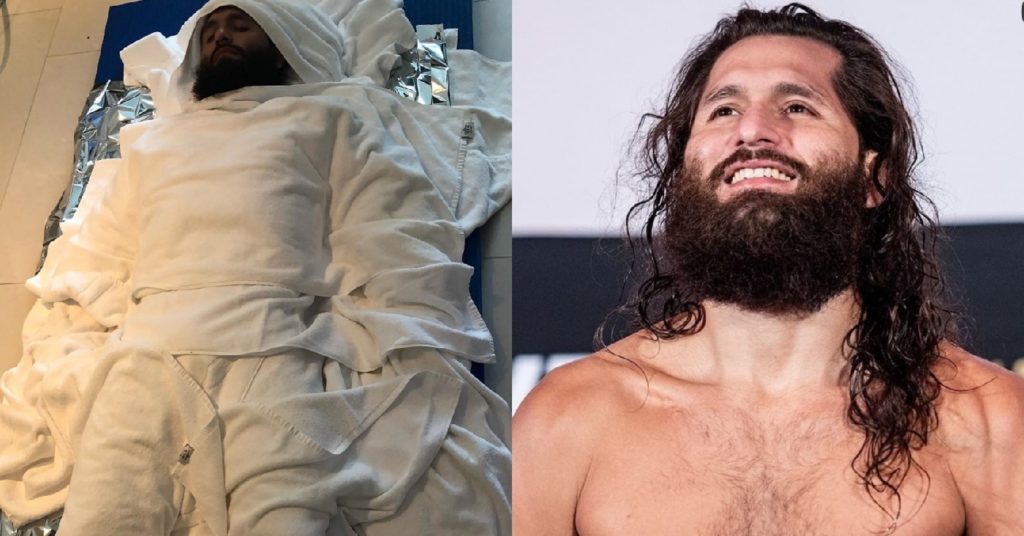 Despite taking his title fight on short notice, and stopping for pizza on his way to Fight Island, Jorge Masvidal made weight for UFC 251. However that is not to say he did so without some serious struggle.

The original main event for UFC 251 was Kamaru Usman vs Gilbert Burns, but when Burns tested positive for COVID-19, Masvidal agreed to take his place. Following a successful series of his own screenings, “Gamebred” made it to Fight Island with only one more obstacle in the way for his first ever title shot: making the 170lb weight limit. Luckily for fans around the world, he would take the scale on Friday and make the title mark.

That being said, Jorge Masvidal still had to struggle to make the weight for this massive fight. He said when he took the fight, that he was 190lb, meaning that he needed to lose 20lb by Friday. Speaking at a media scrum, he admitted to this being a difficult cut.

In fact, it is more than just the words of Masvidal that demonstrate how difficult this was for him. S photo also emerged, showing the BMF champ working on his weight cut, wrapped in towels. Not only does this seem “rough” but he also looks like he was being mummified and prepared to put in a tomb.

All things considered, Jorge Masvidal did not look too drained on the scale, making the weight for his fight with Kamaru Usman. This was clearly no easy task, but he seems to have handled it well. Of course, the only way we can know that for sure, is seeing how he performs when he steps into the Octagon tomorrow night.