Shevchenko’s dominate win over Liz Carmouche at UFC Uraguay made ‘Triple C’ “a little jelly.” Ever since the performance Cejudo and Shevchenko have gone back and forth on Twitter after Cejudo called her out. 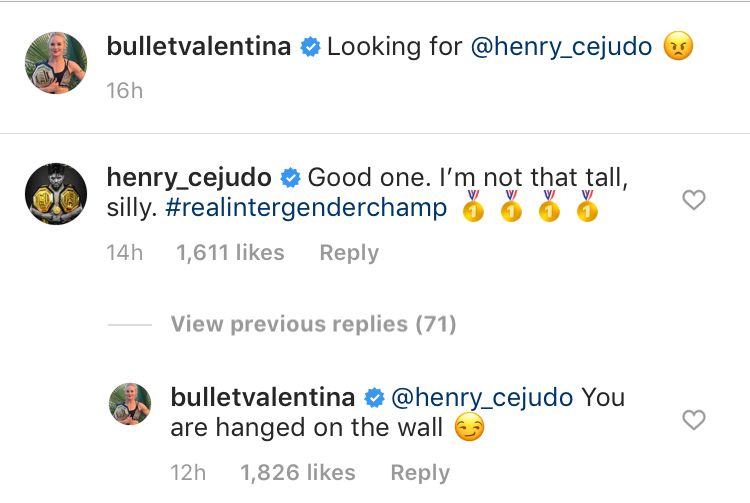 I’ll be there right after I finish polishing my gold medal and belts. #intergenderchamp https://t.co/VJI8lO2OLb

Ok. I see that. Polish them good then! @HenryCejudo pic.twitter.com/WyPyiDV3mM

While many of the fans can’t tell if the callout was sincere, one person not entertained is UFC President Dana White.

Dana White spoke to the media after his successful Contender Series program. He spoke about the Contender Series, Zuffa boxing, and commented on the ‘feud’ between the two UFC champs.

“That’s the wackiest sh*t I’ve ever heard in my life,” White said. “It’s just f*cking crazy that he would even say that. But Valentina would probably do it. I don’t even know how to respond to that or what to say other than ‘Wow.’

The media then asked White who he would put his money on if the fight were to occur.

“I can’t even fuc**ing wrap my brain around that”, said White. “Why he would say that. It’s just crazy, but what are you gonna do?”

While Dana White seems sounds like he isn’t a fan of the matchup, his quotes never said that the match would never happen. One could imply that an athletic commission would never sanction between two professional fighters of opposite gender and weight.

Betting websites have already opened their lines in preparation for a potential bout in the future. The line sets Cejudo as the -1100 favorite.

From 200lb differences between competitors to a man fighting with one boxing glove, the UFC has always welcomed whacky. Even Data White (jokingly) stated that Ronda Rousey should take on a man because she was blowing through competition in the UFC Women’s bantamweight division.

While the idea is truly “whacky” in terms of Dana White, the fight world has seen intergender matchups in the past. Although rare, the blossoming stages of what we know now to be the Ultimate Fighting Championship was whacky in its own right.

If Dana White truly hated the idea, wouldn’t he have shut it down completely? Calling Henry crazy and saying Valentina would do it certainly doesn’t “no way” in regards to the matchup happening. Highly unlikely, but never say never… especially if Dana White hasn’t. 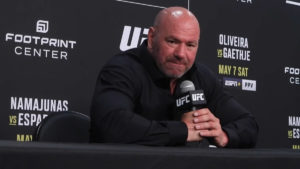