Calvin Kattar: Beating Max Holloway Would Be ‘Sweeter Than Winning The Belt’

Calvin Kattar Eyes Max Holloway As His Next Opponent, Says Beating Him Is Better Than Winning The Belt 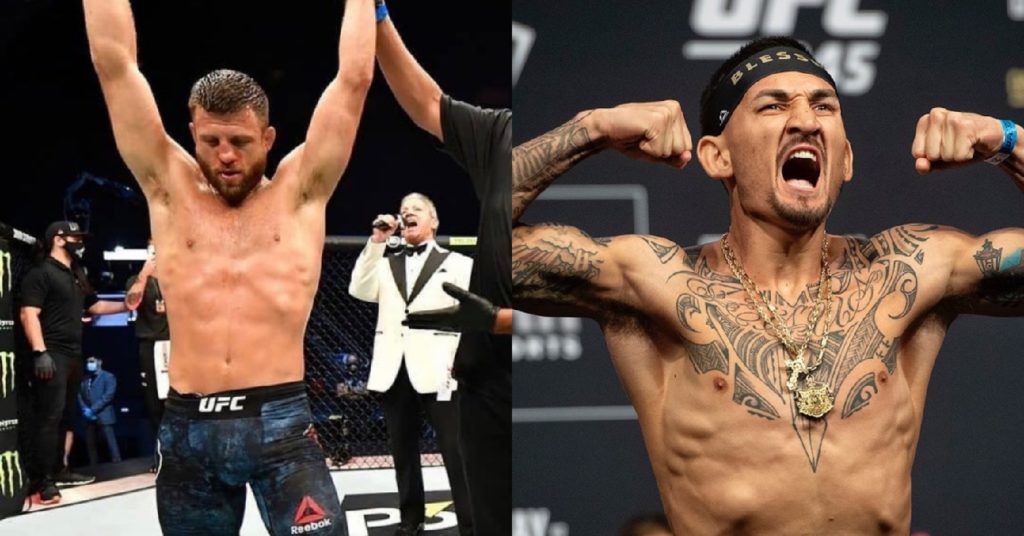 UFC featherweight contender Calvin Kattar is waiting in the wings for his next fight after being on a solid winning streak. He is setting his eyes on the former featherweight champ and has a high opinion of what this fight would mean.

Having gone 4-1 in his last five fights, Kattar is primed for a big opportunity and a title elimination bout. He is ranked near the top of the division, and his only loss against Zabit Magomedsharipov. Although it should be noted that this was an uncommon three-round main event, and Calvin started to turn things around in the third, so many people feel that if it were the five rounds it should have been, then things would have gone quite differently. Since then, he has won two straight, with a decision win over Dan Ige in July.

Being at the top of the stacked 145lb division, Calvin Kattar is one of the few contenders to not have a fight booked right now. However he has an opponent in mind that he would like to face. Speaking with Brendan Schaub recently, he explained that he hopes to face former champ Max Holloway. Not only that, but he feels a win here would mean more than beating the current champ and winning the belt.

“(Fighting Max Holloway) would be fun too,” Kattar said. “That’d almost be sweeter than winning the belt. A guy like Max is the GOAT of the featherweight division, and a win over him, I think whoever that may be deserves the next shot.

“It’d be an honor to share the Octagon with one of the GOATs of the sport,” Kattar continued. “We share the same mindset, so it’d make for a great fight. I think a lot of people feel that he’s, in a sense, the champ still. So a win over Max Holloway, that’d almost be better than winning the belt.”

Fighting Max Holloway, who is coming off a close decision loss to Alexander Volkanovski, would certainly propel Calvin Kattar into top contender status. Not to mention, that should make for an extremely entertaining fight.