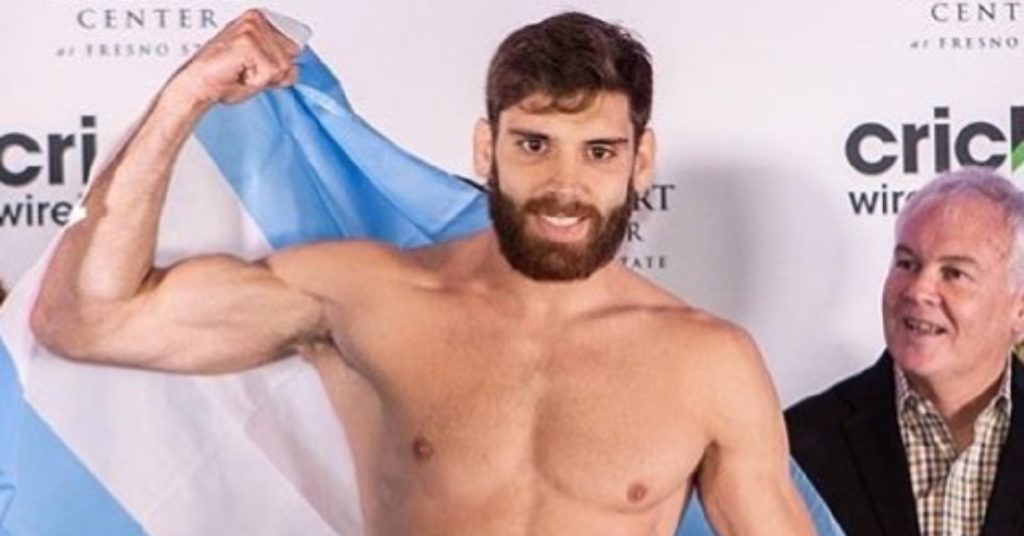 Some troubling news has surfaced in the MMA community, as Combate Americas Featherweight Champion Bruno Cannetti was recently involved in a brutal attack. This led to him being shot in the chest by some robbers.

With a professional record of 9-6, Bruno captured the Combate Americas title in a rematch with Andres Quintana, last August. This was his fifth win in six fights, and he was able to avenge his knockout loss to Andres. The 31-year old Argentinian has proven to have a decent amount of skills in his decade-long career.

However it seems that Bruno Cannetti is likely going to be on the sidelines for a while, after a recent incident in his home country of Argentina. According to reports, he was driving just south of Buenas Aires, when he was ambushed by two armed robbers. Their goal was to steal his motorbike.

Apparently Bruno stopped his bike, in order to send some text messages, when two men jumped out of a Chevrolet, demanding his keys. One man punched the fighter, and he tried to defend himself. This resulted in one of the robbers pulling his gun, opening fire as Bruno ran for cover.

Cannetti was hit one time in the chest by a .22-caliber, and grazed in the stomach by another round, before the assailants fled the scene with his cellphone. His coach, who he had stopped to text, then arrived and transported him to the hospital. Here the medical professionals were able to remove the bullet with no major damage.

As of now, there is no word as to whether or not authorities have leads on who shot Bruno Cannetti. Either way, he is lucky to have not been badly hurt by this incident. Obviously this could have ended much worse.

Cody Garbrandt Vows to Win Title and Keep It "Until It’s Time to Walk Away" From MMA
Read Next Post →
Click here to cancel reply.