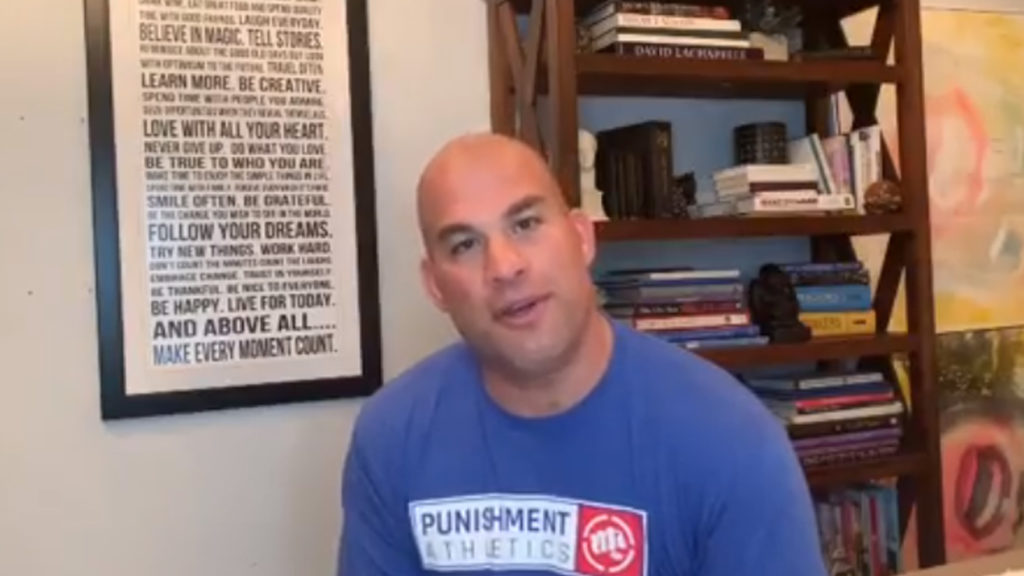 Combate America’s first pay per view was a successful event for the promotion. In the main event, MMA legend Tito Ortiz finished Alberto El Patron in a relatively quick fashion. Before the bout, images surfaced of Tito in his fight shorts for the contest. Displayed across the entire front panel was a decal that read “Trump 2020.” Ortiz’s clinic of a performance caught the attention of “45” so much, that he took to Twitter to congratulate Tito on the victory.

Ortiz vs Del Rio wasn’t really much of a fight, to begin with. And for Del Rio, he claimed the bout would be his last. After witnessing it, fans definitely see why. Ortiz totally dominated Alberto for the one round of fighting we got to witness. Until Ortiz eventually slapped on a rear-naked choke that caused Del Rio to tap. Which, wasn’t a bad performance at all for Tito’s Combate Americas debut.

US President Donald Trump must have witnessed the action. Either that or someone gave him word that a man with his name on his shorts, just won a fight in an organization that wasn’t the UFC. Nonetheless, Trump offered his congrats to Tito after winning the contest.

Being a Republican has been well documented throughout the latter part of his career.  Additionally, in the current time-space of MMA, it’s becoming a trend for fighters to salute/shout out the President or the political affiliations during post-fight interviews.

From the likes of Colby Covington, many fighters appear to be on the hunt to grab the attention of the President. Even Bryce Mitchell mentioned President Trump after his win last night at UFC DC against Matt Sayles with a rare twister submission.

Now that Ortiz is on Trump’s radar, we’ll see what he does with the attention. Will he try to leverage himself into a visit at the White House? Or will he acknowledge it in Tito fashion and create yet another viral video clip?

Let’s watch it unwind and find out.