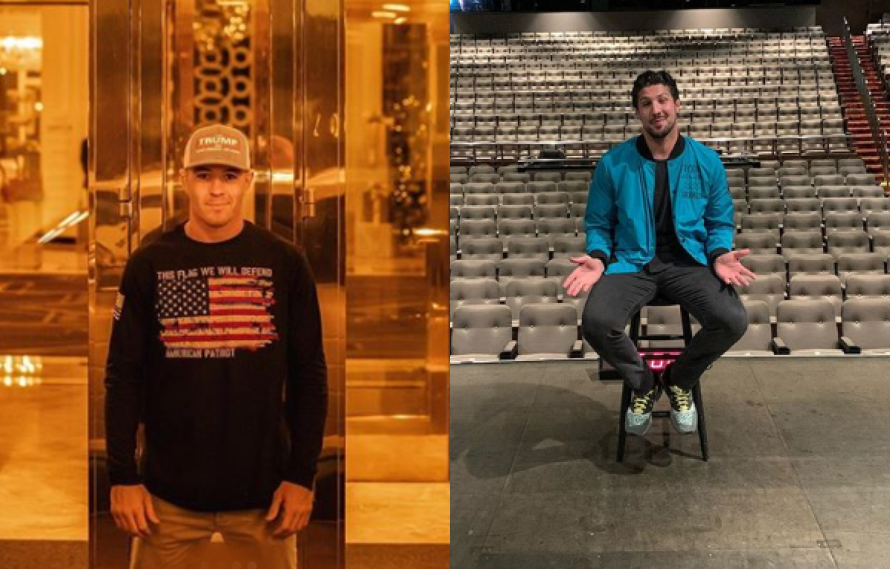 Brendan Schaub Speaks Out In Defense Of Colby Covington

Colby Covington has received a ton of backlash after his UFC 245 loss to Kamaru Usman. However coming to his defense is former heavyweight Brendan Schaub.

Schaub watched Covington lose to Kamaru Usman, breaking his jaw in the process. Ultimately, he was unable to back up the Trump-style trash talk he distributed leading to the fight. Although, like many people, Brendan gained a lot more respect for Colby after the fight, for his toughness and skill.

Speaking on his Below The Belt podcast, Schaub explained that Covington firmly cemented himself as the second best welterweight in the world. On top of that, he came to the defense of Colby, from people like Rosie O’Donnell, who were critical of his antics. Moreover, he had some strong words for those using the MAGAJaw hashtag to chastise Colby.

“For Colby it’s a character,” Schaub continued. “he just happens to be the most hated character and rides with Trump. Obviously there’s the issue with Trump being the president and the moves he makes. But if you ask Colby like, ‘hey man what do you think of, you know, the stuff going on with Trump right now with impeachment?’ Or you ask him on his immigration laws, he isn’t– he doesn’t know! It’s just a bit, man. It’s just a bit.”

Schaub went on to explain that if you can put his antics aside, Covington is a great fighter.

“So when you can take that out,” Schaub said. “which for a lot of people is hard to do, and look at Colby as an athlete as a fighter he’s f*cking good man. He is damn good. He’s very, very, very good and he showed it.

To me the narrative isn’t that Colby lost, the Trump kid lost, the big-mouth kid got his jaw broke. And I hate the f–king #MAGAJaw. Grow up. But the thing to me, the narrative of this is how good is Kamaru Usman? He is so godd–n good.”

Colby Covington will always be divisive with his schtik. That being said, Brendan Schaub does bring up some good points about his skills besides that.