Marcus Almeida will fight Oumar "Reug Reug" Kane in his MMA debut on a ONE Championship card featuring the return of Demetrious Johnson.

Senegalese wrecking machine Oumar ‘Reug Reug’ Kane will be taking on 13x IBJJF World champion and 2x ADCC gold medalist Marcus “Buchecha” Almeida. The match serves as Almedia’s MMA debut and will happen at a ONE Championship event in 2021.

News of the matchup was broken by Michael Fiedel via social media who reported the story from Raphael Marinho.

Kane made waves in the MMA world with his viral escape from a deep armbar, using brute force. Which makes the matchup even more exciting due to him facing a decorated BJJ player.

This is peak MMA right there

Buchecha is a submission master but Reug Reug simply doesn't give a fuck about that.pic.twitter.com/iB1d6KeoTD https://t.co/P6eVO6ZiH7

The Return of Mighty Mouse

The fight will take place on February 24th, which is the same day that Demetrious Johnson will return to MMA.

Save the date! Demetrious Johnson is BACK on 24 February against ONE Flyweight World Champion Adriano Moraes 👑 @MightyMouse @adrianomkmoraes #ONEBigBang #WeAreONE #ONEChampionship pic.twitter.com/w4XWtndU82

“Save the date! Demetrious Johnson is BACK on 24 February against ONE Flyweight World Champion Adriano Moraes,” wrote ONE on Twitter.

Unfortunately, DJ hasn’t been able to fight since October 2019. Now that the global pandemic is ongoing,  Johnson thought that he would never fight again.

Regardless, Johnson will be fine being a father and a husband to his family members. Plus, as an active Twitch streamer, Johnson doesn’t have much to worry about these days, especially making the flyweight cut. So for anyone expecting him to add the stress of making 125lbs to his life again… forget it.

For now, ONE is gearing up to set a proper tone for their 2021 campaign of fights. As ONE continues to sign shining prospects, expect the organization to continue growing organically. 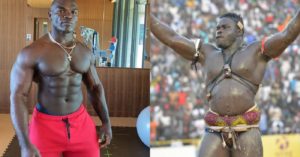 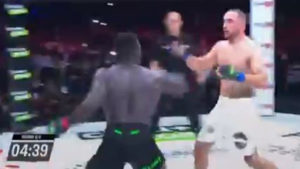 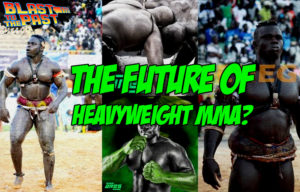 This Senegalese Wrestling Champion Makes His MMA Debut On Saturday 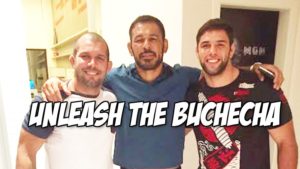