Mike Tyson Reveals To Joe Rogan The Reasons He Chose To Come Back To Boxing And Face Roy Jones Jr. 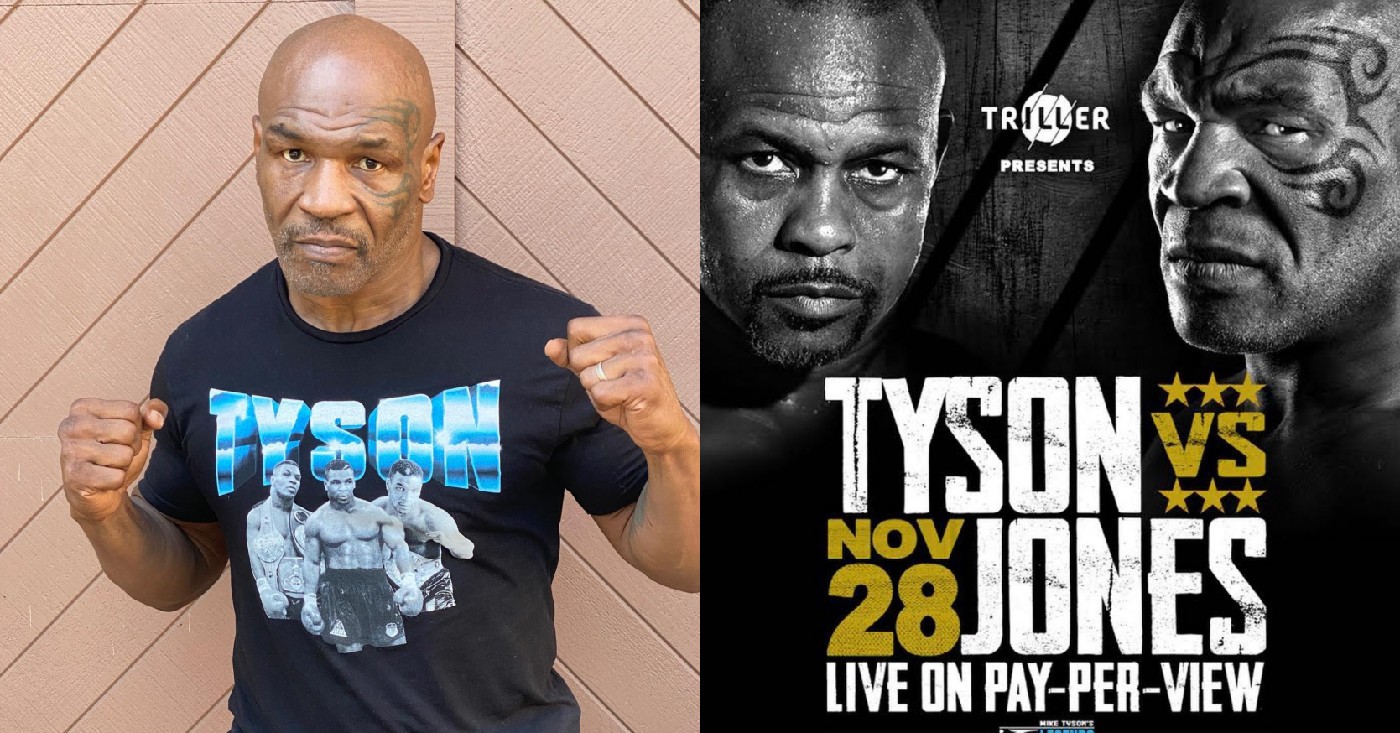 When Mike Tyson announced that he was coming back to boxing at 54 years old, fans wanted to know why. Now he explains to Joe Rogan what his reasoning was for this comeback.

Combat sports fans around the world were buzzing at the thought of Tyson fighting again, especially after seeing his violent training videos. Although there was a bit of hot potato being played with who his opponent would be, things eventually settled in on a fight with fellow retired boxer Roy Jones Jr. The contest is said to be an exhibition where both fighters will take a sparring-type approach, rather than aggressively looking to knock each other out. Well, it seems that way depending on who you ask.

Mike Tyson Explains Why He Chose To Return

Now that a date and opponent has been named for the return of Mike Tyson, only one question remained: why? Why is it, that after a decade and a half without fighting, did the former heavyweight champion decide to make a comeback. This was a question that Joe Rogan posited to him on a recent episode of the JRE, and Mike’s answer was a bit surprising. Apparently, it started off with an offer to fight PRIDE legend Bob Sapp, after he started losing weight, but this sparked his excitement to fight again.

“I was discussing with my wife something about me being overweight,” Tyson said. “And she said ‘Why don’t you just get on the treadmill for 15 minutes a day?’ but then it went from 15 minutes a day, to two hours a day.

“I just started losing weight, and my brother-in-law said ‘Hey Mike, I know you’re not going to want it but someone asked if you would fight this guy for 30 or 40 million bucks.’ I said ‘Get the fu…woah. Hold on. Who would they like me to fight?’ and (he said) it was Bob Sapp. I’m saying to myself ‘I know Bob, I know he’s big and strong.’ So I asked how they wanted me to fight him, if it would be Queensbury rules. He asked the guy, the guy said yes, and I said I would fight him.”

However, as we all know Mike Tyson is not going to be fighting Bob Sapp. He explained that there were several opponents thrown his way, from Wanderlei Silva to Evander Holyfield. Eventually they settled on Roy Jones Jr., and next thing he knew, Iron Mike was back in the gym training for a fight. That being said, he was quickly reminded that getting into shape is one thing, but getting into fight shape is a different beast altogether.

“Getting in shape and getting conditioned are two different animals,” Tyson explained. “They don’t even belong in the same division of working out. Getting in shape is getting able to fit in your clothes. Being in condition is being able to come outside of your soul. You can’t do that automatically. The emotional state to prepare for that is mind boggling.

However within the 5 months or so since starting to train, Mike Tyson has been able to come a long way. He promises that by the time his fight with Roy Jones Jr. comes along, he will be in fight shape and ready to go. It will be interesting to see how he looks when it comes time to step in the ring again.