2016 was the craziest year mixed martial arts has ever seen. Over the past 365 days, many fighters have risen to great heights while others have been shamed to obscurity. To truly encapsulate the year that 2016 was you have to view the MMA World through a prism birthed from a higher power.

Only select group of ten MMA fighters achieved near mythological status during the past twelve months. This group of ten professional face punchers do not deserve a spot on a simple top ten list or an even more illogical pound for pound ranking. The Top Ten Mythological Fighters of 2016 can not only be described with words, but these ten immortals have made their mark enough in last 365 days to have their auras only represented in emoji form.

When communicating with words is simply not enough here is MiddleEasy.com’s Top Ten Mythological Fighters of 2016 and the Emojis that Represent Them

Straight fire. One of the hottest MMA prospects heading into 2016, Tom Duquesnoy lived up to the hype bestowed upon him then burned it down in flames only to build it back up again in his own fiery imagine. In May, Elbow Inferno Tom Duquesnoy lit up Shay Walsh with hell bent elbow KO at BAMMA 25.

It doesn’t matter which promotion Duquesnoy fights for in 2017, if you try and clinch up with the Frenchmen expect a swift elbow to the face. 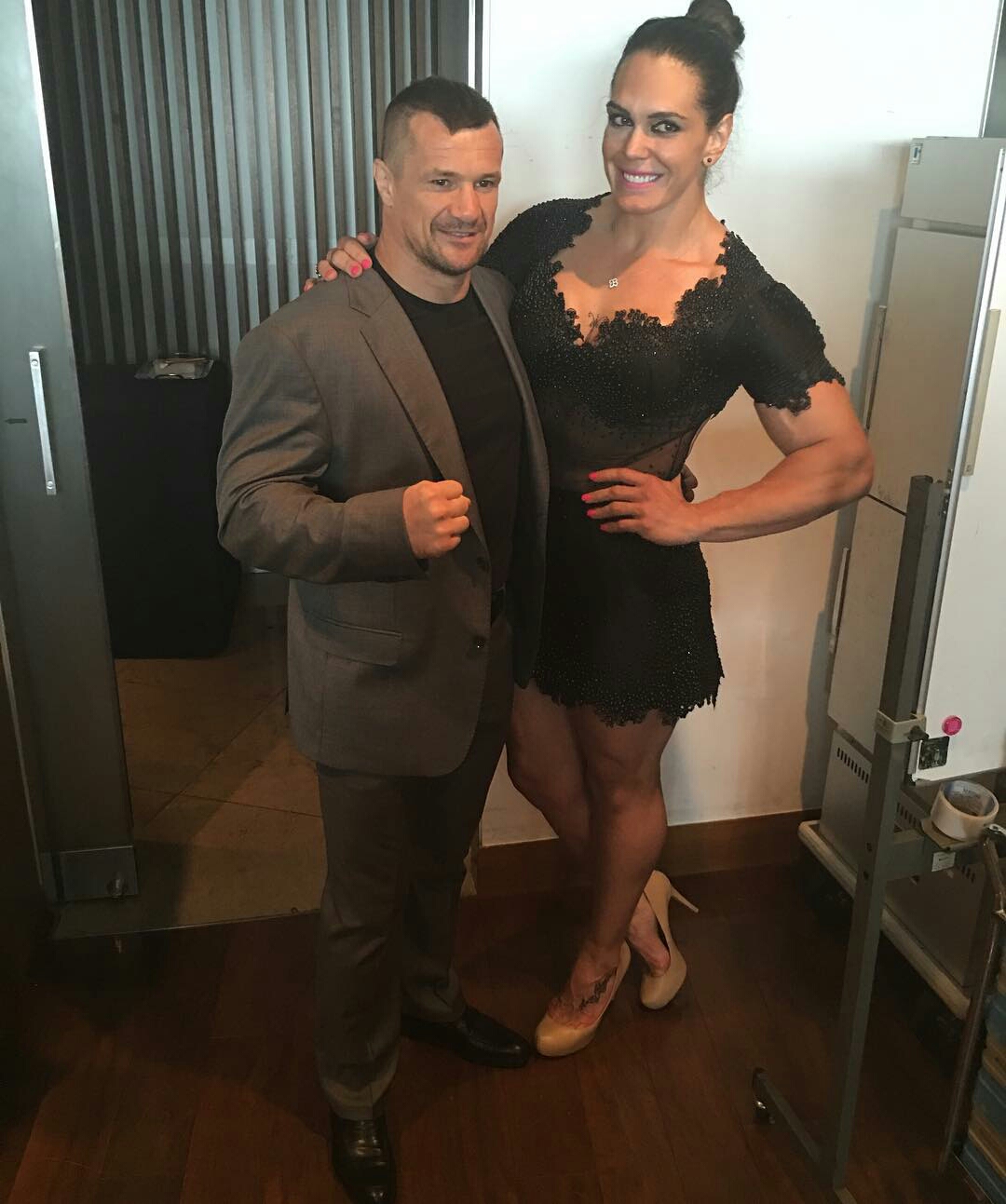 Standing at six foot two, weighing 245 pounds with a jiu-jitsu black belt around her waist fighting Open Weight Gabi Garcia in 2016 was just not fair. Garcia is the real life version of the Mike Tyson boss battle in Punch Out. You would have better luck of beating Contra without the Konami Code than you do testing Garcia in an open weight MMA bout.

In 2016 Garcia ruled the Rizin ring and unless the Japanese promotion can sign a female fighter with some sort of genetic super-mutation than Gabrielle Lemos Garcia may once again go unblemished in 2017.

Congrats to Michael "venom" Page for catching a rare Cyborg Pokemon! Amazing finish @bellatormma *(Prayers and well wishes to Cyborg who suffered a horrible skull fracture from that knee 🙏🏽)

Got to catch them all. Sure, Michael Venom Page fought a lot cans in Bellator over the last few years but he is also one of the promotion’s biggest stars. MVP proved his worth when at the height of Pokemon Go’s popularity he decided to break Evangelista Santos’ skull with a flying knee and give the world an Ash Ketchum inspired celebration.

If MVP trains less stand-up and focuses solely on choreographing his Pokemon themed victory dances, there is telling how far the 29-year-old Brit will go in 2017.

Not if but when Ground Control Mackenzie Dern takes another female human being weighing 115 pound to the mat she will submit you and it will be nasty. Dern made her much anticipated MMA debut in 2016 and promptly dominated both of her foes.

Only 23 years old, ground control Dern is a Jiu-Jitsu black belt, ADCC champion, No Gi world champion and was still able to pull of one of the best subs of 2016 all in her MMA rookie campaign.

Paddy Pimblett had himself a year in 2016. Pimblett went 4-0 in 2016, moved his overall record to 13-1 and most importantly wore Kazushi Sakuraba fight shorts for his September first round KO of Johnny Frachey.

The 21 year old Englishmen is great on his own but all his skill points are maxed out when he morphs into Paddy Pimblett in Saku shorts.

Sorry about your damn luck but if you line up a hyped money generating MMA prospect in the arms of Mickey Gall, he will not hesitate to choke that son of a bitch out. Gall is the 1980s movie villain who rewrites the script so he ends up getting the girl and the glory.

Prospect Killer Mickey Gall not only went 3-0 in the UFC in 2016 but he also choked out all three his opponents in less than seven minutes and may have derailed the MMA careers of both CM Punk and Sage Northcutt. In 2016, Gall took no prisoners and didn’t even give the fact he ruined the UFC’s plans not once but twice a second thought.

Demetrious Johnson only fought twice in 2016 but he’s still riding a 11 fight-winning streak in the UFC and gave the MMA Earth two more data points to prove how monstrous the gap is between Mighty Mouse and every other 125-pound fighting human. The evolution of Mighty Mouse’s game and the lack of decrease in his fighting ability can all be traced back to Johnson’s Twitch gaming channel.

Twitch Streaming Mighty Mouse has not only gained the UFC flyweight champion a ton of new video game loving fans but it has also improved his hand eye coordination in the cage. The more hours Johnson spends streaming on Twitch the better his head movement becomes and the accuracy in his punches increases.

Part time firefighter, full time MMA heavyweight badass, UFC heavyweight champion Stipe Miocic fought three times in 2016 and knocked out three former world champions in the first round. With a year like 2016 there is simply no way Firefighter Stipe can quit his day job to pursue MMA full time.

Could you imagine the violence that Stipe Miocic would unearth if he was allowed to train MMA five days a week? For now and in 2017, this MMA universal timeline has embraced Firefighter Stipe and his heavy hands as one of their own.

He’s not surprised motherfucker. In 2016, it could only be Nate Diaz’s or Conor McGregor’s year after the pair took part in the biggest money rivalry in the sport. The yin to his yang, the PB to his jelly, the Stockton to his Dublin at UFC 196 Short notice Nate Diaz was summoned to this realm and then choked out Conor McGregor while the world watched.

For one night in 2016 a Diaz brother ruled the MMA world. Diaz was a fair but strong king and Short notice Nate Diaz will go down in the history books as the first fighter in the UFC to tell Conor McGregor to sit down and shut the fuck up.

Maybe you should’ve killed him when you had the chance. After Conor McGregor lost at UFC 196, the MMA Gods had one chance to finally dispose of him at the feet of the subset of fans who still hated the Irishman. Revenge Fueled Conor McGregor emerged from the mists to conquer Nate Diaz at UFC 202 and the UFC 145 pound champion wasn’t done yet.

Powered by his love of money and lust for proving his doubters wrong, Revenge Fueled Conor McGregor carried UFC 205 to box office success while mounting another UFC title on his shoulder blade. Give Mystic Mac some motivation in 2017 and there’s no telling what crazy feats of greatness he’ll attempt to conquer over the next 365 days of Earth Life.