Street MMA: Punching power and size stills matters out in these streets 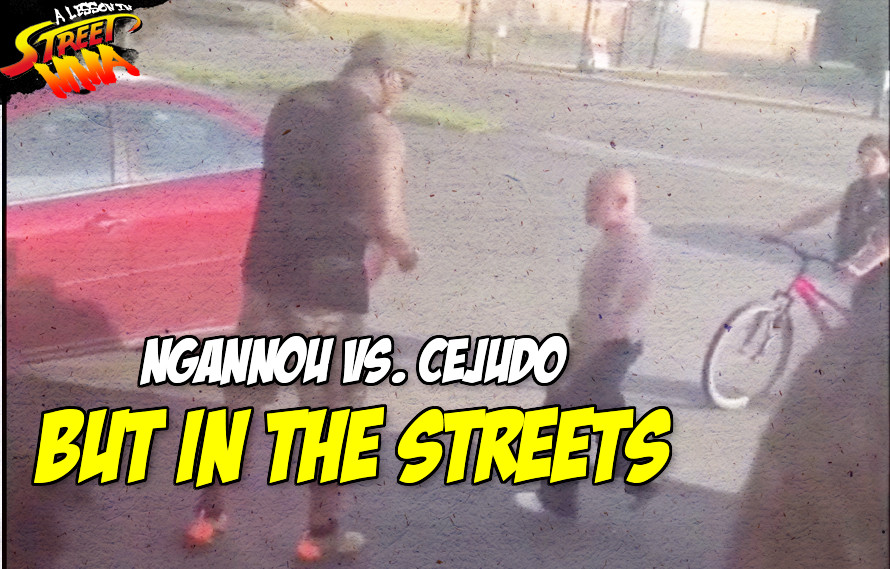 All shaky, grainy Street Fight videos add seven to nine inches of pure height to each competitor. Cell phone tech really needs to step up it’s game in 2019. Or at least burner phone flip cam footage, which just so happens to be the most popular form of Street MMA documentation.

From somewhere in the great US of A, the origins of this beef are unknown. It looks like the flyweight is trying to engage the heavyweight in an unfriendly round of fist-a-cuffs. This won’t end well and it doesn’t.

Keep watching this video on repeat and expecting a different outcome for our shirtless hero. Nope, this Street Fight plays out exactly like you think it would. Little dog yapping at much, much, (much x 100) bigger dog until something snaps.

Then comes not so much a maul but a prolonged bark that ends the conflict on the spot.

The one saving grace, and the real MVP of the video, is our vest wearing friend. Dude on a bike rolls up to the fight, rocking a mean mullet. If there was any doubt, he is also not wearing shirt, just a sleeveless vest that covers nothing.

Our vested peace maker tries to talk little dude off the ledge. It does not work. Spud Webb tries to get physical with Shaq and then comes a clean punch to the chin. Not even a good punch, just a solid one to a a much smaller human being.

Size still matters in Street Fights, the grown man below just never got the push notification.