Street MMA: Be Careful What You Ask For, You Might Just Get Your Ass Kicked

Man Wants Street MMA, Gets Exactly What He Asks For

Sometimes when you start some Street MMA, things go exactly according to plan. Unfortunately there are also times where things backfire, as the poor soul in our recent example reminds us.

Allow me to direct your attention to a lovely video found on the interwebs. There is not a lot of context as to what these two men are disputing over, other than the fact that they are apparently the cameraman’s neighbors. So I have taken the liberty of filling in the blanks, to paint what must have been the situation that led to this moment.

Best guesses are that the taller of these two gentlemen was offended by having to look at the other guy without his shirt on. Therefore he calmly asked his neighbor to please wear clothes while the sun is out. Unfortunately it does not appear that this guy appreciated being told to wear clothes, and chose to engage in a spur of the moment Street MMA affair, which is where the video picks up.

At first things seem good for the shirtless man, who is taunting his adversary. However that tide changed rapidly, as soon as he gets hit with some shots. Then the fully clothed scoundrel took things up a notch, by throwing a quick spinning back kick. At this point, his opponent had enough, raising his hands in surrender, but this was not enough as the lean, mean fighting machine threw a hard kick directly to an open ribcage. 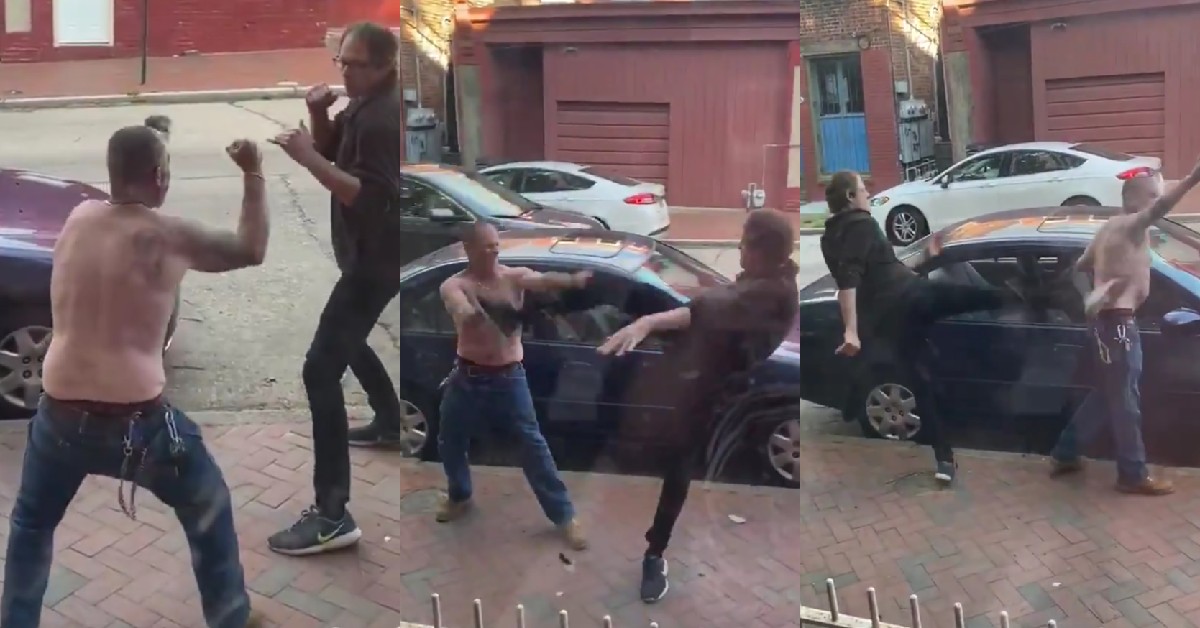 All in all, this was a pretty gnarly bout of Street MMA. The lesson here is to be careful who you start fights with, because you never know if they have a wicked kicking game. And always wear a shirt in public.

Stipe Miocic Says he Would Have Already "Fought and Retired" DC if it Weren't For His Torn Retina
Read Next Post →
Click here to cancel reply.