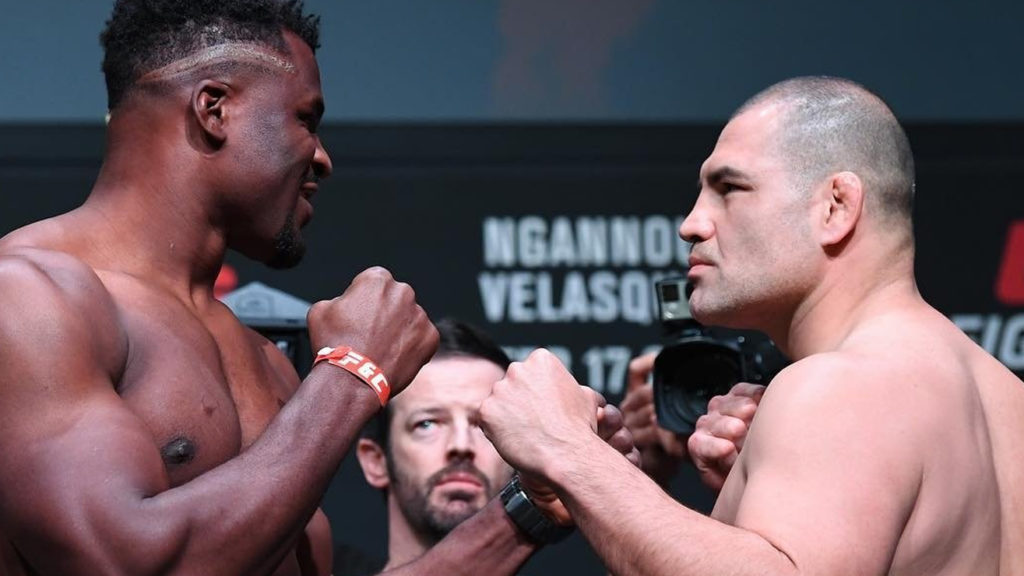 UFC On ESPN 1 Full Fight Card And How To Watch

UFC is making their official ESPN card debut tonight (Sun., Feb. 17, 2019) with ‘Ngannou vs. Velasquez’ MMA event which is set to go down inside from inside Talking Stick Resort & Casino in Phoenix, Arizona.

Velasquez’s booming UFC career plagued by injuries. Cain last fought back in 2016 where he stopped Travis Browne with ground strikes at UFC 200. He has only fought twice inside the Octagon since 2013.

Since Ngannou joined the UFC, he was non stop showing his insane knock out power which en route to the title contention. Ngannou won six-straight fights before earning a title shot against the then-champ Stipe Miocic. That fight showed a lot of discrepancies in ‘Predator’s’ ground game. With Velasquez who’s wrestling phenom so it’d be interesting to see how Ngannou will defend those takedowns.

Check out below UFC on ESPN 1 full fight card and results: