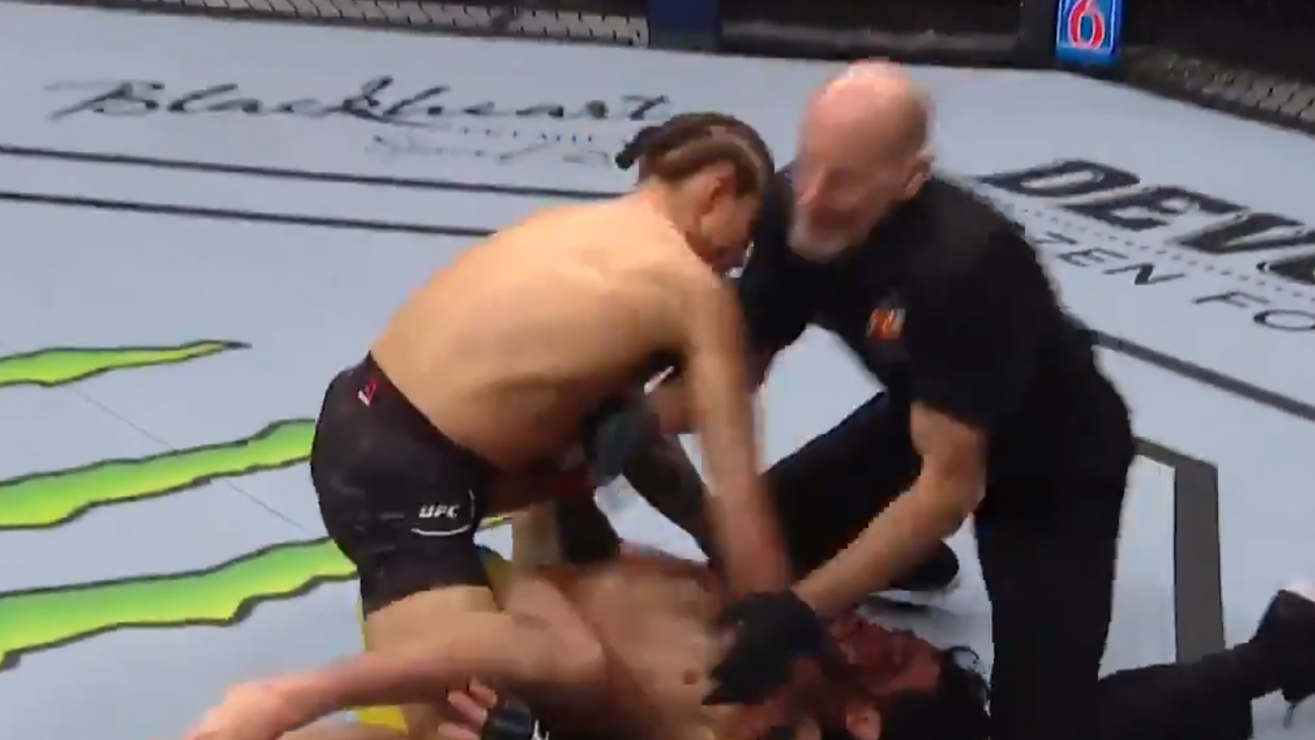 Former UFC bantamweight champion Renan Barao was in dire need of a win when he squared off against Luke Sanders on the prelims of tonight’s (Sun., February 17, 2019) UFC Phoenix event from inside the Talking Stick Resort Arena in Phoenix, Arizona.

Barao was better in the first frame by showing his old self landed some hardcore kicks to Sanders body.

By the second round, Sanders took things in his hands and turn the table with a power left hand that put the Renan Barao to his back. Luke went on to finish him with nasty strikes at the 1:01 mark of the round.

Barao suffered the fourth straight loss and seven of nine. Sanders gets back in the winning column after being submitted by a Rani Yahya back in August.