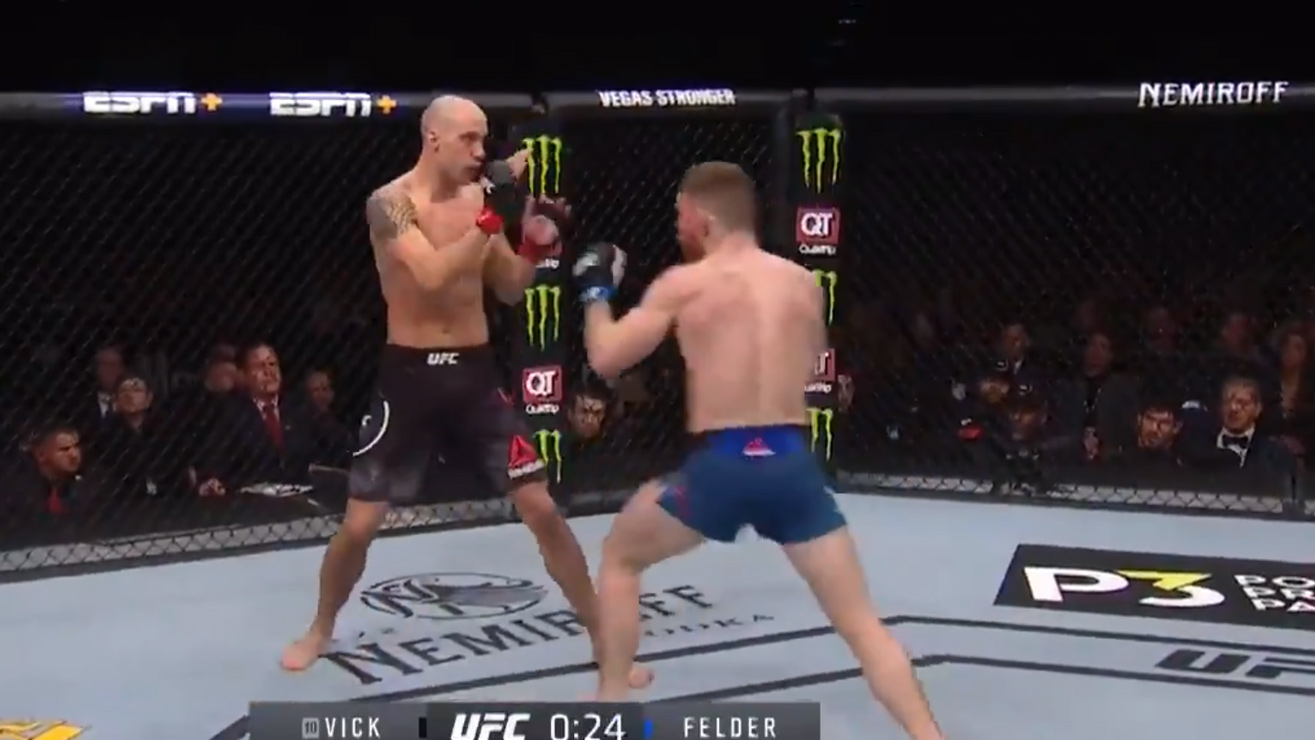 UFC lightweights Paul Felder and James Vick throwdown in the co-main event of UFC On ESPN 1 last night (Feb. 17, 2019) inside Talking Stick Resort Arena Phoenix Arizona. In a standup war, “The Irish Dragon” emerged victorious via unanimous decision in the third round.

ESPN’s Ariel Helwani reported that “The Irish Dragon” suffered a collapsed lung in the third round in his victory over Vick. Paul ate a body kick to the rib that caused an injury to the lung despite that he fought bravely until the final bell.

“Paul Felder suffered a collapsed lung in the closing minutes of his fight against James Vick last night, his manager Brian Butler told ESPN,” Helwani reported on Twitter. “Doctors believe the lung was punctured when he took a shot to the ribs at the end of the third round.”

He is being held an extra day at a local Phoenix hospital for observation, Butler said. As a result of the injury, Felder has been forced to pull out of his color analyst duties for this weekend’s UFC Prague telecast, Butler said.

To remind you something similar happened in his last fight against Mike Perry last year Felder suffered a broken arm in the first round and continued fighting the next two rounds with injury. Unfortunately, he ended up losing a match via unanimous decision.

Felder (16-4) won three consecutive fights at 155-pound before jumped to 170-pounds, where he earned stoppage victories over the likes of Charles Oliveira and Stevie Ray. Paul seems like he could care less about the injury.

I got two lungs… I just want a beer for shitsake

We wish Felder a speedy recovery.

Slow-mo, frame by frame video shows if Cain Velasquez slipped or got lit up by Francis Ngannou
← Read Last Post

For some reason Darren Till is feuding with human trash fire Piers Morgan
Read Next Post →
Click here to cancel reply.