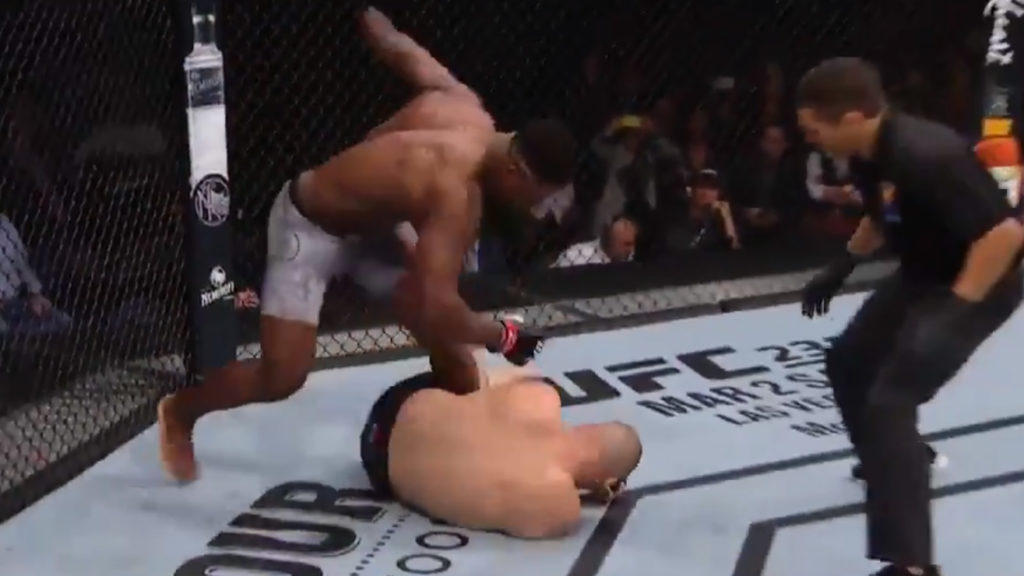 The main event of the evening brings a very interesting 265-pound fight. The all-time best Cameroonian mixed martial artist Francis “The Predator” Ngannou squares off against the former UFC Heavyweight king Cain Velasquez. The referee in charge for this contest is Jason Herzog.

Cain Velasquez lands a body kick, tries to shoot in but Francis Ngannou lands few quick punches and rocks him with a tremendous uppercut. It seems Cain hurt his knee.

It looks like the match is over already. Cain turtles, and Ngannou pounds on him. The referee steps in!