Michael Bisping Goes OFF On UFC Judging: ‘They Need To Be Held Accountable!’

Michael Bisping gives his thoughts on the problem with judging in the UFC, offers some solutions to help fix the problem

We all know what Dana White loves to say: never leave it in the hands of the judges. However Michael Bisping does not think this should be the case, saying recently that something needs to change in judging.

For what it’s worth, Bisping has been on both the right and wrong sides of close decisions. In some instances people have said that he was gifted a win, in others they say he was robbed.

In fact he is just one of many fighters who have careers that are dotted with close and controversial decisions. Even all the way through his second-to-last fight with Dan Henderson, he had trouble avoiding these types of close calls.

Michael Bisping Goes Off On Judging

Just because he has been on the receiving end of questionable judging, does not mean that Michael Bisping is down with these types of close calls. He made that very clear when speaking in a recent episode of his podcast.

The subject of Alexander Volkanovski vs Max Holloway 2 came up, a fight that was painfully close to score. From there, the conversation shifted to Mike going off on the judges, and calling for a reform of how the process works.

“Even commentating, I’ve been like ‘What the f–k, how did that judge even come to that conclusion?’ I’ve said it before, I’ll say it again: they need to be held accountable.

“Number one, these guys are doing a job. They get paid, so you’ve got to do that job well. In any other walk of life, if you do a s–t job, you get fired.”

“When I say held accountable, it’s very simple,” Bisping added. “If there’s an outlandish score that doesn’t make sense, he sits in a room with two or three other judges, and he explains why you scored that round, that way.

“If you can’t give a feasible excuse that’s rational and believable, then you’re either incompetent or you’re inaccurate. Either way, you’re not fit for the f–king job. It’s as simple as that.”

That being said, Michael Bisping went on to explain that most “robberies” in MMA are not actually that, instead just being close fights. However he says there needs to be better judging to get past those close contests.

What do you think of Bisping’s idea to have judges explain their questionable scores? Would that fix the problem of bad decisions? 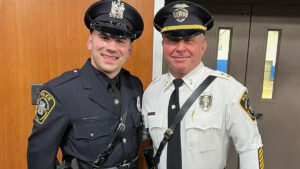