The YouTube personality known as The Liver King has admitted to steroid use and has released a video explanation and apology.

The man known as The Liver King on social media has admitted to taking steroids.

Over the past year, the internet sensation known simply as The Liver King has exploded in popularity. With his social media accounts and YouTube page, The Liver King’s mission is to spread the word on how to live an ancestral lifestyle to optimize health and live longer. He urges his followers to live as he does and follow his “nine tenets” in order to be the best selves they can be. Now that picturesque lifestyle he was working so hard to promote just hit a snag.

Recently leaked emails were released by another YouTube personality that showed that The Liver King has been taking performance-enhancing drugs. He has now come out to explain his side of things and admit and apologize to his fans.

The Liver King began in the world of health and fitness. He promoted eating raw meat and living an unplugged lifestyle. He recently grew a larger following within the world of MMA and was even featured at a Bellator event. He was joined by UFC fighter Paulo Costa, and Bellator fighter Patricio Pitbull for a liver-eating contest. Although his outrageous physique seemed artificially enhanced, the perception was that it all came from liver and other organ meat. Now it is revealed that this is not the case.

In a video posted to his YouTube, The Liver King explained why he has used PEDs and why he lied about it in the past. He explained that a few years ago he began to feel poorly and sought the help of a hormone clinician. He was put on testosterone and is currently taking .6 cc of testosterone each week. He also went on to explain that The Liver King’s persona was to raise awareness and to help people with their depression. He admitted to lying about taking these substances in the past and was regretful.

“I HAVE ONLY MYSELF TO BLAME AND IT WAS ALL WRONG. I WILL BE BETTER. I WILL TALK ABOUT IT OPENLY BECAUSE I BELIEVE THERE IS A TIME AND A PLACE FOR PHARMACOLOGICAL INTERVENTION MONITORED AND MANAGED BY A TRAINED HORMONE PHYSICIAN.

“I MADE IT MY JOB. TO MODEL, TEACH, AND PREACH A SIMPLE ELEGANT SOLUTION CALLED ANCESTRAL LIVING. THE NINE ANCESTRAL TENETS SO OUR PEOPLE NO LONGER HAVE TO SUFFER. SO WE CAN COLLECTIVELY EXPRESS OUR HIGHEST AND MOST DOMINANT FORM. THIS IS MY FIGHT. THIS IS WHY I EXIST.

“I KNEW I NEEDED TO TAKE THIS OPPORTUNITY TO DISCUSS EVERYTHING. FOR ME TO BE A BETTER HUMAN.”
“I FULLY OWN THAT I F***ED UP. I AM AS SORRY AS A MAN CAN BE. ALL I CAN DO IS TAKE EXTREME OWNERSHIP RIGHT NOW, BE BETTER, AND LEAD MYSELF TO A BETTER LIFE AS A BETTER HUMAN. AGAIN, THANK YOU TO EVERYONE FOR THE SUPPORT, THE CRITICISM, THE LOVE, THE HATE, AND ABOVE ALL ELSE, THE LOYALTY.”

Despite the previous claims that his massive build was more than what seemed natural, most notably by Joe Rogan on his podcast, the MMA world reacted shocked to the news.

As of now, The Liver King stands behind his nine tenets and has expressed that he will be more forthcoming about his pharmaceutical enhancements in the future. 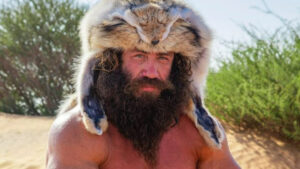 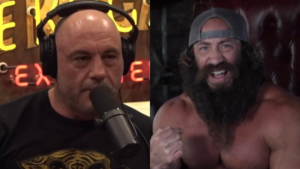