Kron Gracie: ‘I Won That Fight’ Against Cub Swanson

Kron Gracie received his first professional loss on Saturday, at UFC Tampa. However, he does not believe he actually lost the fight.

The co-main event at UFC Tampa saw Kron Gracie taking on Cub Swanson. This bout was highly anticipated, as it was Gracie’s biggest test to date. He had won his UFC debut, against Alex Cacares, fairly easily. Therefore, there was intrigue to see how he would fair in this match.

In the end, the bout would be extremely entertaining, earning Fight of the Night honors. However, Kron Gracie would lose the bout, via unanimous decision. All three judges saw the fight 30-27 for Swanson, not giving Gracie a single round.

Despite the fact that he was not awarded a single round, Gracie disagrees with the decision. In a post to his Instagram story, he shared an image from the fight. Although he decided to add a caption to the image with a simple message. 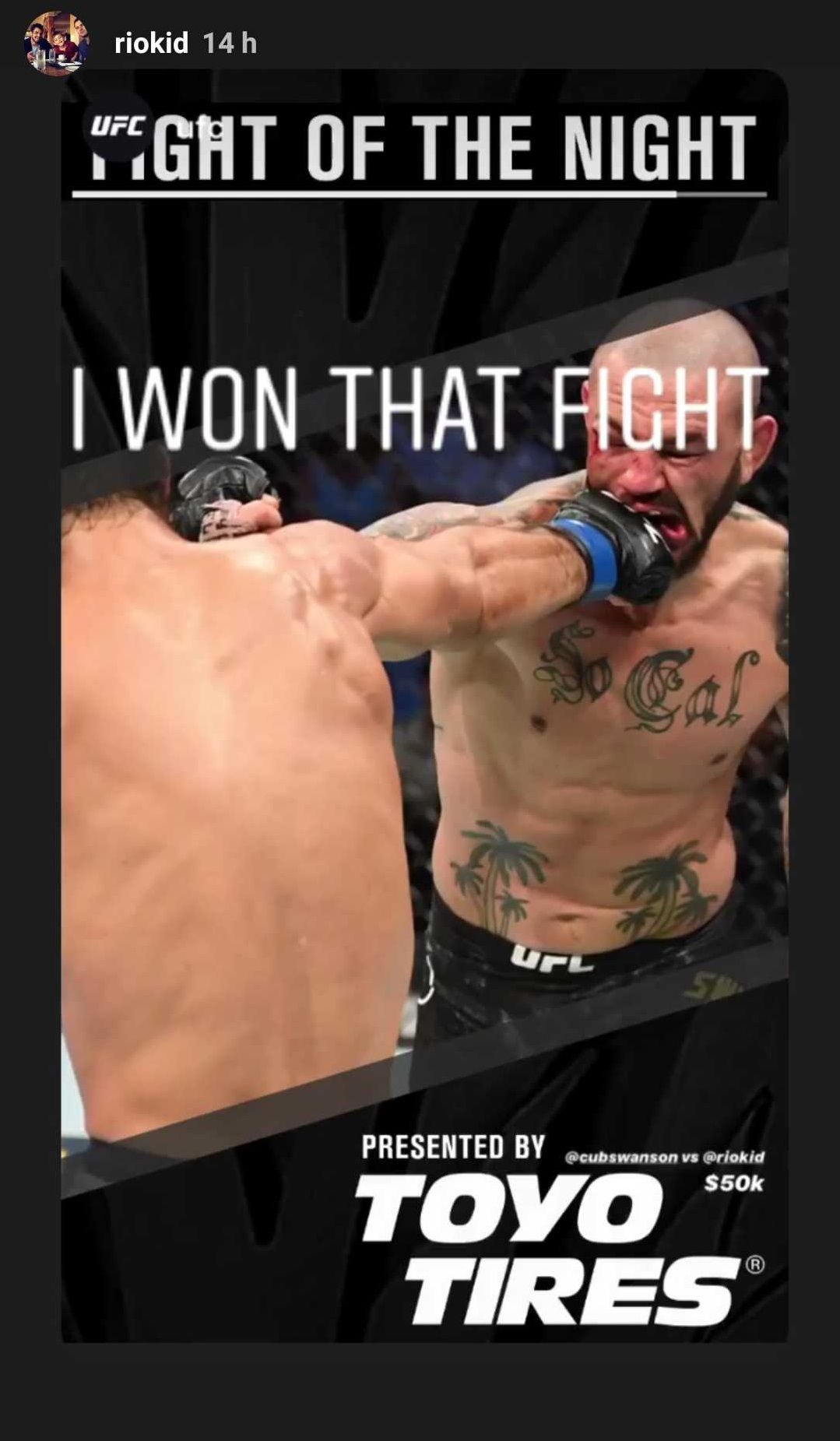 “I won that fight,” says Gracie. It seems that training with the Diaz brothers has been rubbing off on the featherweight prospect. Both Nick and Nate have a tendency to disagree with any decision that does not go their way. Subsequently, it appears that school of thought has made its way to Kron.

Despite the fact that the bout did not go his way, Kron Gracie is still an exciting prospect. Cub Swanson is a tough out for anybody, so this does not necessarily mean bad things about his skill level. It will be interesting to see how he rebounds and recovers for his next bout.

Looking at how they looked after the fight. Kron won. That being said, never leave it to the judges.

When you fight in Japan the rules are bushido. In this case Kron won.