Initial reports have suggested that Khamzat Chimaev has tested positive for COVID-19 and is out of his bout with Leon Edwards, but his team denies this 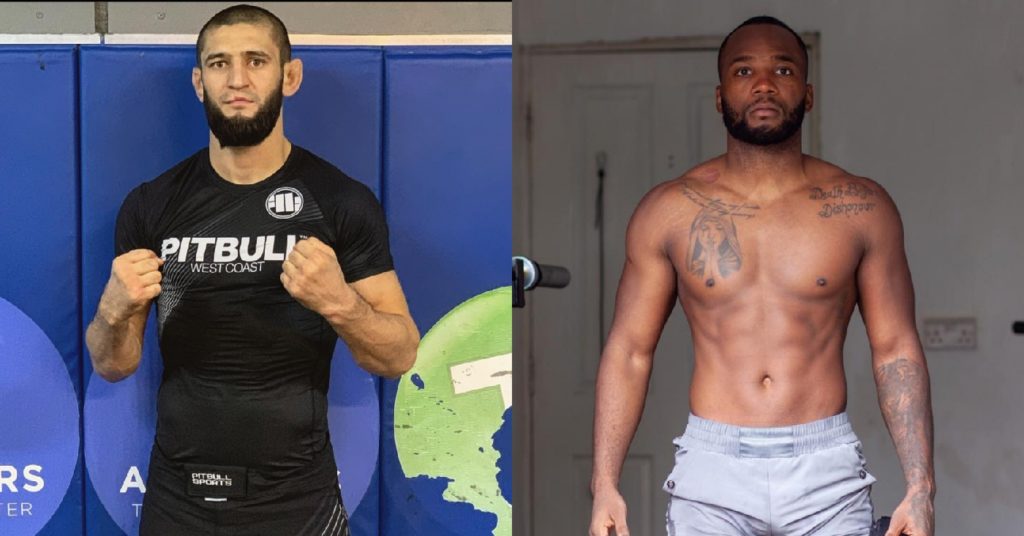 Fans are buzzing about the welterweight matchup between Khamzat Chimaev and Leon Edwards, which is headlining UFC Vegas 17. However it seems to be possible that the bout is in jeopardy following some recent reports.

When Chimaev burst on the scene and dominated his first three UFC opponents in record time, it was quickly apparent that the promotion wanted him to fill the hole being left behind by another undefeated Dagestani. It became clear that they were going to push him quickly up the rankings, but the question was how high would they be able to go. In the end, and after a bit of strong-arming, it would be number 3 ranked Leon Edwards who would agree to give Khamzat a shot at the upper echelon of the 170lb ranks.

Despite the massive amount of excitement around this fight, it seemed over the weekend that it might be put on hold. Reports began emerging that Khamzat Chimaev had tested positive for COVID-19. With the bout only a few weeks away, he would have no choice but to withdraw from the main event bout of UFC Vegas 17, against Edwards.

However there is still hope for this fight to take place. Subsequent reports have countered this claim, as MMAJunkie’s John Morgan was able to hear from his sources that the bout is still on. Moreover, other reports from Chimaev and his team have denied the rumors of him having coronavirus.

Chimaev’s team tells me that he is still “good to go” for Dec. 19 at this time. https://t.co/xFbFIBxRlF

Currently there has been no official word from the UFC one way or another, regarding whether or not Khamzat Chimaev will still be fighting. At this time it would make sense to have optimism that there are no issues, but at the same time be cautious because anything can change.