Joseph Benavidez Destroys Jussier Formiga, Finishes The Match In The Second Round!

BJJ/Judo black belt and the former Shooto South American 123lbs champion Jussier Formiga squares off against UFC veteran and ex-125-pound title contender Joseph Benavidez in the co-main event of the evening. The two already met once, at UFC Fight Night 28, where Benavidez earned a first-round victory.

The referee is Jason Herzog. The Flyweight match kicks off!

Benavidez landed more clean strikes in the first minute, but Formiga fired back, great punches to the head. Right hook by Benavidez was nasty.

Great strikes by Benavidez, but it seems he hurt his foot. Awesome right hand Formiga. Formiga countered him with a right spinning backfist too. It seems Joseph’s left eye is hurt. Benavidez presses him against the fence.

Good exchanges at the beginning. Benavidez keeps missing, Formiga took his back, and great takedown!!!

Benavidez is on the top now. Short elbows Benavidez, Formiga gets up, he is pressed against the cage, fighters separate. Left hand Benavidez, clinch knees. Body kick Benavidez.

Wow, what a great left high kick to the teeth, Jussier is rocked! Benavidez keeps pounding his opponent, Formiga goes down!!

Benavidez is all over Formiga, brutal strikes. The referee steps in!

You can see the highlights below:

We have a new number 1️⃣ in the flyweight division!@JoeJitsu puts himself to the front of the line at #UFCMinneapolis! 👏 pic.twitter.com/8AMTbCqP5x 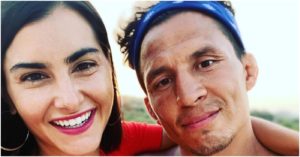 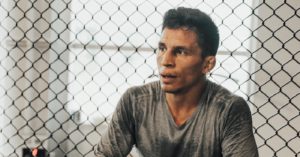 Joseph Benavidez Reacts To Retirement: ‘It’s Truly Been An Honor’ 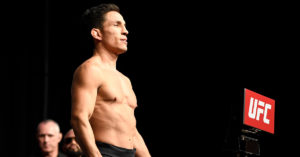 Joseph Benavidez Announces MMA Retirement: ‘I’ve Known For A While’ 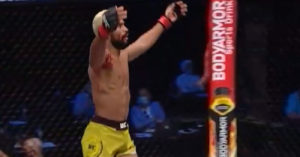 UFC on ESPN+30 Results: Deiveson Figueiredo Chokes Out Joseph Benavidez In The First Round (Highlights) 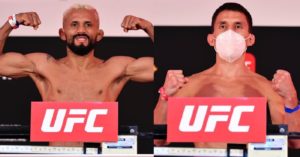 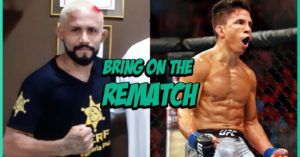