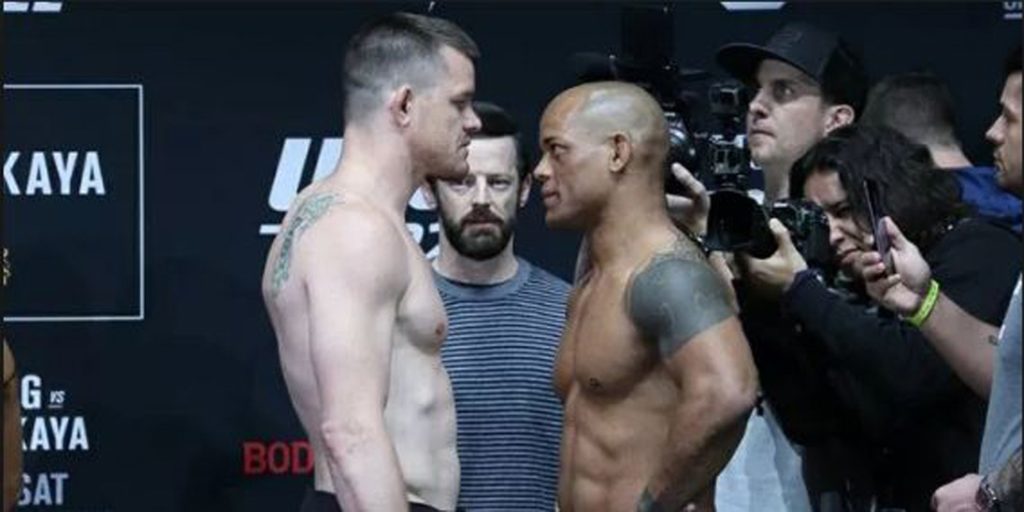 Hector Lombard, the famous Middleweight slugger, is in the public eye again. He hit CB Dollaway after the bell at UFC 222. The reason – CB Dollaway is knocked down from punches after the bell. Check out the highlight below:

But looks like “Lightning” simply doesn’t care about MMA fans and he wasn’t planning to apologize soon. And the weirdest thing – Hector Lombard plans to appeal to Nevada State Athletic Commission (NSAC). He believes he did nothing! (quoted by MMAMania.com)

“I feel like it should be a no contest,” Lombard told MMA Junkie. “I don’t see why (Dollaway) gets the win. There’s a rule that you protect yourself at all times during the fight. I don’t think I did anything wrong, and I don’t feel like I have to apologize to anybody. I just feel like he didn’t want to fight, and that’s not on me.”

Hector Lombard had some rough years behind. After drug test fails back in early 2015, he is on a cold streak of 0-5. He has been finished three times.

The Cuban-born Australian is 40 years old, and he will have a hard time keeping his spot in an over-crowded Middleweight bout, especially with this kind of behavior. The former Olympian dug a lot deeper hole with this dirty movement. What do you think, is there any chance NSAC will accept his appeal?