UFC on ESPN 8 Weigh-In’s: All Fights Make Weight, Urijah Faber Surprises On The Scale As Alternate 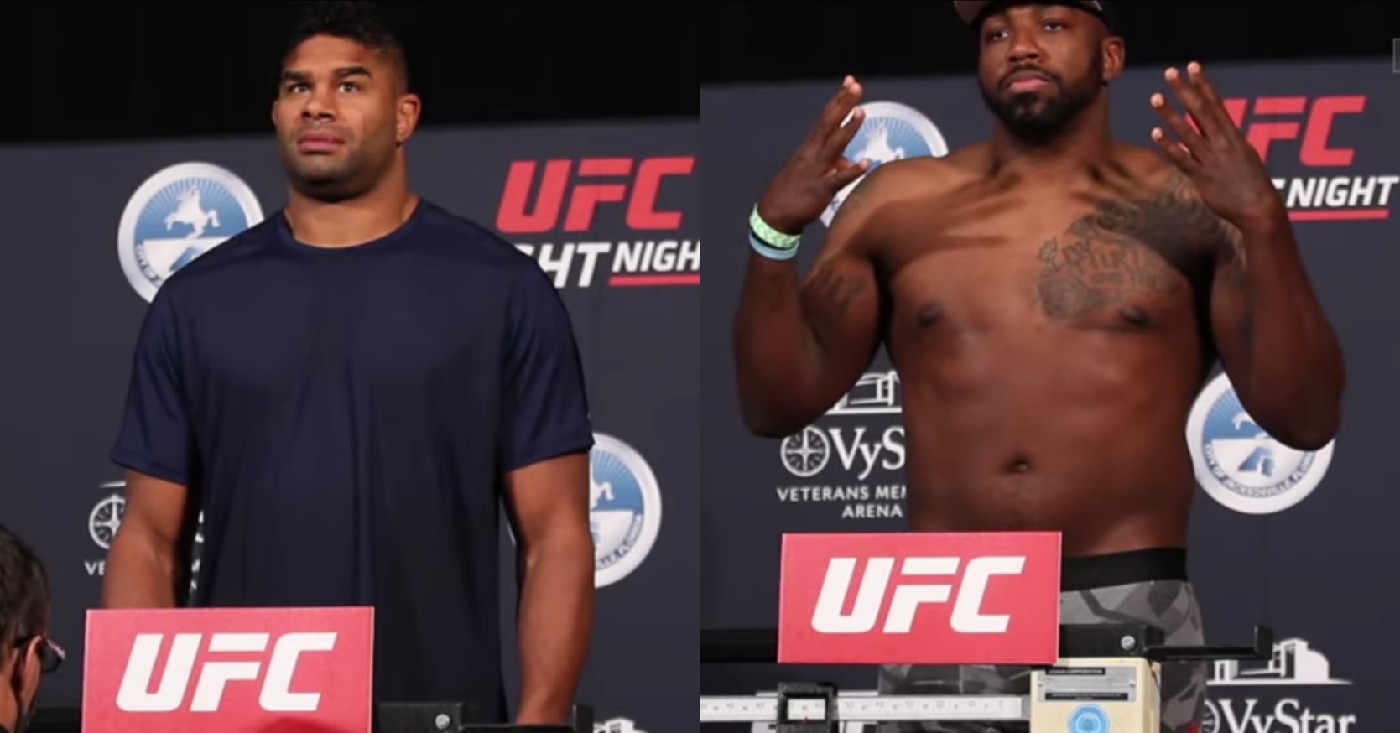 UFC on ESPN 8 will be the third show in a week tomorrow night, with a heavyweight main event that promises excitement. This is the results of Friday’s official weigh-in’s

This weekend marks the third straight event to take place at the VyStar Veterans Memorial Arena in Jacksonville, Florida. The UFC on ESPN 8 main event features the return of Walt Harris, who is taking on perennial heavyweight contender Alistair Overeem. Although this event is no UFC 249, it does feature some fights that appear exciting, and some pretty interesting names.

However the true extent of names that could be on this card was not known until the fighters took the scales to weigh-in Friday morning. It was here that Urijah Faber surprised fans by taking the scale, weighing in as an alternate if needed. Additionally, Marvin Vettori is serving as another alternate, after his bout was canceled.

This is the full results of the UFC on ESPN 8 weigh-in’s:

Irwin Rivera is filling in on short notice, to take on Giga Chikadaze. The reason he has yet to weigh in, is because his participation in the event is dependant on the results of his health screenings. As for Faber, he was brought in as a potential replacement for his teammate Song Yadong, due to some visa issues that could potentially force him out.

Which fight at UFC on ESPN 8 are you looking forward to the most?

Stephen A. Smith: Ferguson And Gaethje Were 'Reluctant To Grapple' Due To COVID-19
← Read Last Post

Justin Gaethje Says Conor McGregor Is 'On His Knees' To Fight Him, McGregor Responds
Read Next Post →
Click here to cancel reply.