Frankie Edgar Looks Shredded Ahead Of His Bantamweight Debut

After spending his career in the lightweight and featherweight divisions, Frankie Edgar starts a new chapter at bantamweight and he looks ready

Frankie Edgar needs no introduction. The legendary fighter from New Jersey has shown to be one of the very best fighters of all time despite his size. In his 15 years career, he has won 23 fights and won the lightweight title before defending it three times. His featherweight stint led him to title shots against Jose Aldo and Max Holloway but the last step proved too high to climb. These defeats and his age were huge factors in Edgar’s decision to drop to bantamweight and face Pedro Munhoz on July 15. This move had been rumored for quite some time by people close to Edgar including his head coach Mark Henry, who felt confident in his fighter’s ability to drop to bantamweight even during his lightweight days.

Edgar’s manager Ali Abdelaziz posted a picture of the fighter on twitter, and by the looks of it, the cut to 135 pounds seems to be going great.

In his last fight at featherweight, “The Answer” suffered a knock-out loss to Chan Sung Jung (The Korean Zombie) in the very first round. He will look to get back in the win column and maybe contend for yet another title as he faces Pedro Munhoz on fight Island on July 15th. 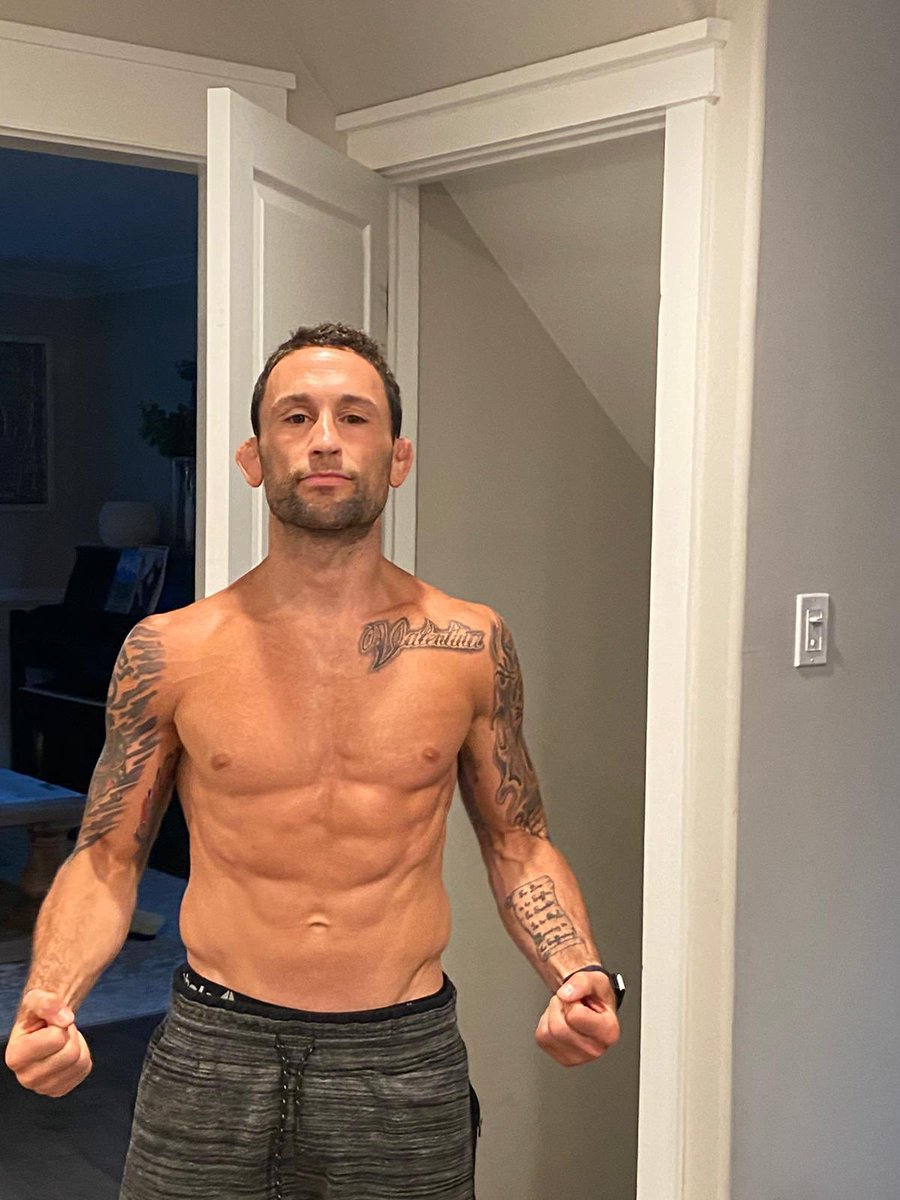